The Backstory: The ammonium nitrate explosions of Texas City and West, Texas

The explosion in Beirut is far from the first time something disastrous has happened as a result of ammonium nitrate being stored improperly. 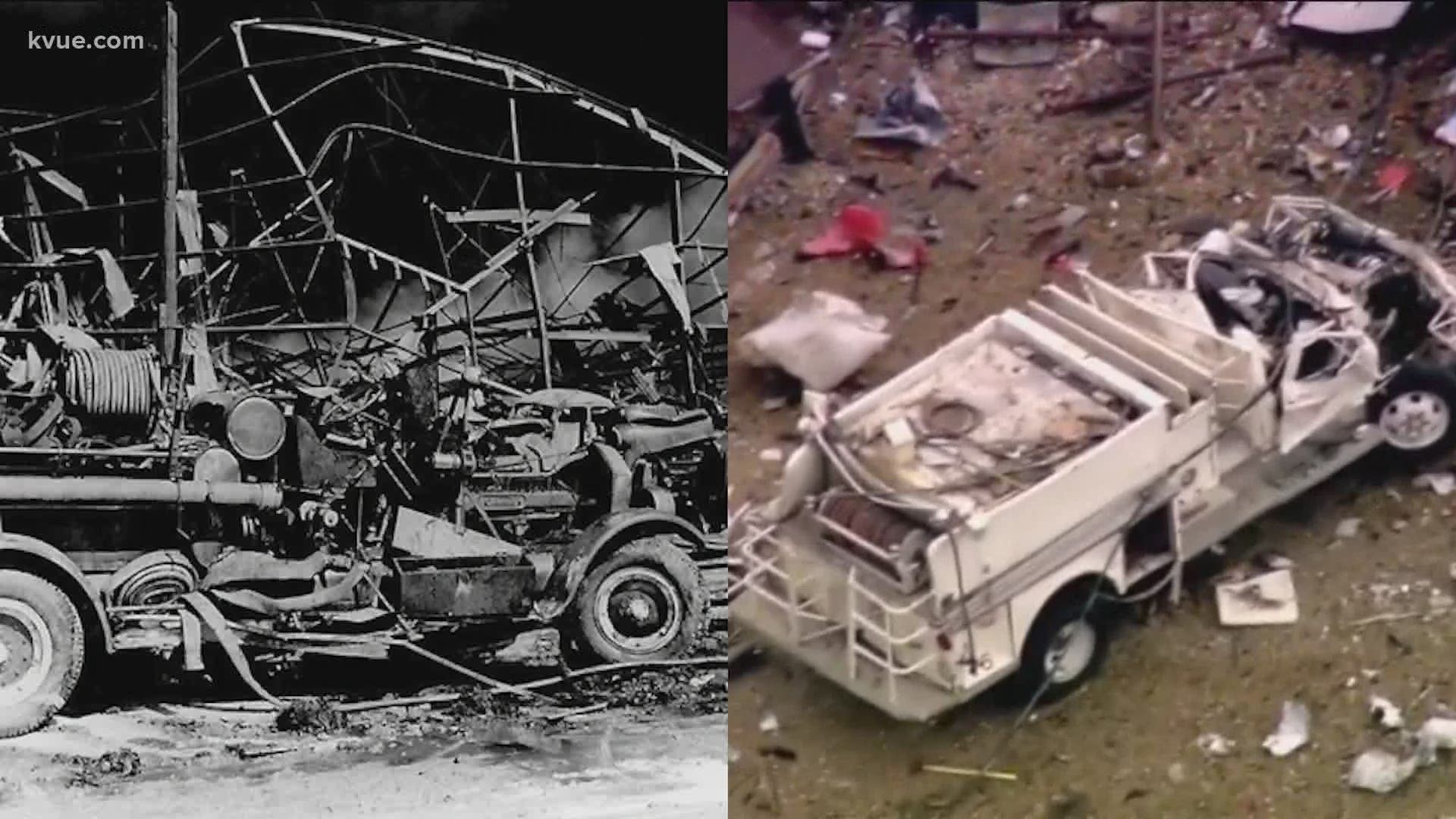 TEXAS, USA — The investigation is just beginning after a massive explosion in Beirut, Lebanon. At least 135 people have died and another 5,000 were hurt after about 2,700 tons of ammonium nitrate ignited inside a warehouse near the port.

The ammonium nitrate had been there for about six years – and investigators don't know why. However, this is far from the first time we've seen something disastrous happen when ammonium nitrate isn't stored properly.

The dock at Texas City, Texas, was experiencing prosperous times on Galveston Bay in 1947. Nearby, the growing town of 16,000 was home to many men who worked at chemical and petroleum plants that had sprouted up during World War II.

In mid-April of that year, a French freighter called Grandcamp arrived to take on a heavy load of ammonium nitrate fertilizer. But as longshoremen loaded bags in the ship, someone smelled smoke. A small fire had broken out deep inside.

As firefighters poured water on the ship, the captain ordered that steam be used to smother the fire, which created a brightly colored smoke that drew people to the dock to get a closer look.

Then, the inevitable happened: the ammonium nitrate exploded. The blast was so powerful, it was heard 250 miles away in Louisiana. Flaming debris ignited oil storage tanks and a chemical plant.

No one knows how many died that day, but it is estimated to have been 500 to 600 people, most of them bystanders who had come to watch the fire. No identifiable traces were ever found of the 100 or so people who were closest to the blast.

In Texas City today, the twisted anchor of the Grandcamp is permanently on display in the city park and serves as a reminder of that terrible moment in history.

The Texas City explosion led to changes in how ammonium nitrate should be handled and created something new at the time: disaster planning. But 66 years later, another Texas town suffered from the devastating power of burning ammonium nitrate.

In 2013, 15 people died and hundreds were hurt when a fire inside the West, Texas, fertilizer plant near Waco exploded. Authorities determined that someone had deliberately set the fire at the plant, though no one has ever been arrested.

Texas City and West share a common bond over the tragic and devastating power of a chemical explosion – a bond residents of the two cities now share with the people of Beirut.

WATCH: The Backstory: The social upheaval of 1968