Construction on an office building on Congress Avenue came to a halt in 1985 when workers found something unexpected under the dirt. 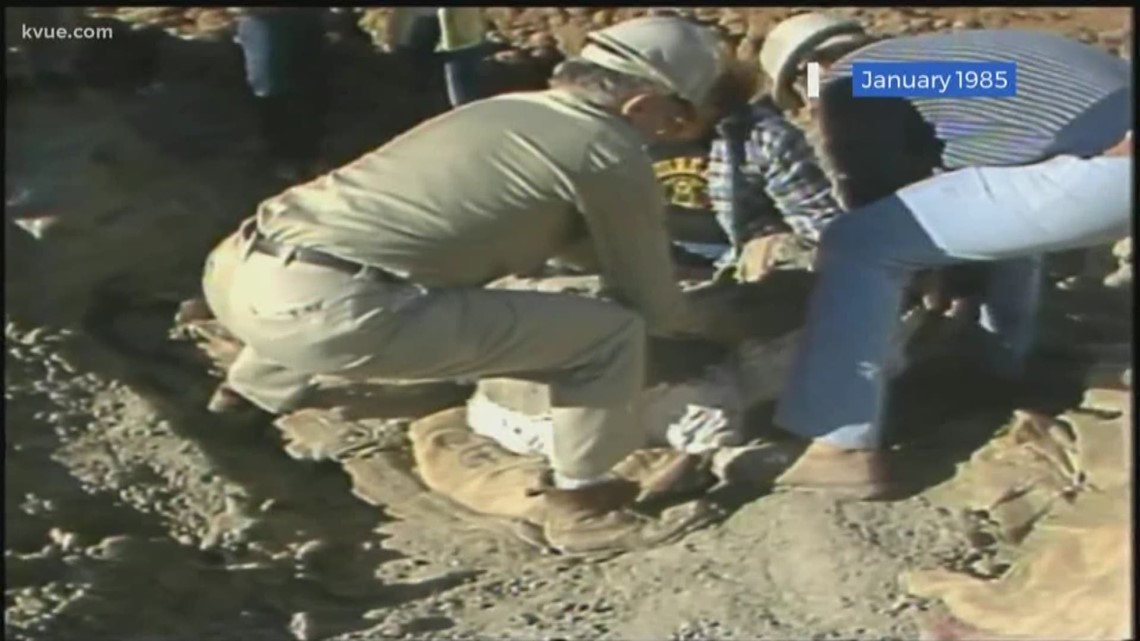 AUSTIN, Texas — Today, it’s known simply as 301 Congress Ave. – a 22-story office building in the heart of downtown. But many may be surprised to learn that the land it sits on was once the site of an extraordinary archaeological discovery.

When workers began construction in 1985, they dug a block-long pit about 20 feet below Congress Avenue. It would eventually serve as the base of the building’s foundation.

But the digging came to a halt when workers found large bones buried in the dirt. Calling in archaeologists, it was determined that workers had stumbled across an ancient mastodon burial ground.

Mastodons were distant relatives of modern-day elephants, with longer tusks and hairy bodies. Scientists believe they became extinct about 10,000 years ago, likely from over-hunting or possibly from changes in the climate at the time.

When news leaked out about the discovery at 301 Congress, curious Austinites began gathering around the construction site to watch as mastodon jawbones, leg bones and an occasional sabre-toothed tiger tooth saw the light of day after thousands of years.

Austin became swept up in mastodon fever. The buzz got so big that the property owner, Trammel Crow, created a public event on Jan. 7, 1985, to welcome tens of thousands of curious onlookers to tour the site and watch archaeologists at work.

When construction ended, many of the bones wound up in displays in the lobby of the office tower.

The memory of that historic find lives on today in the jazz club near the site where the bones were found. It’s known as The Elephant Room – named in honor of the mastodons that once lived next door.

WATCH: The Backstory: North vs. South Austin tug of war 1987