60 years ago this spring: The struggle to desegregate Austin's movie theaters

A group of UT students found a unique way to force theater owners to rethink their prohibition against Black patrons. 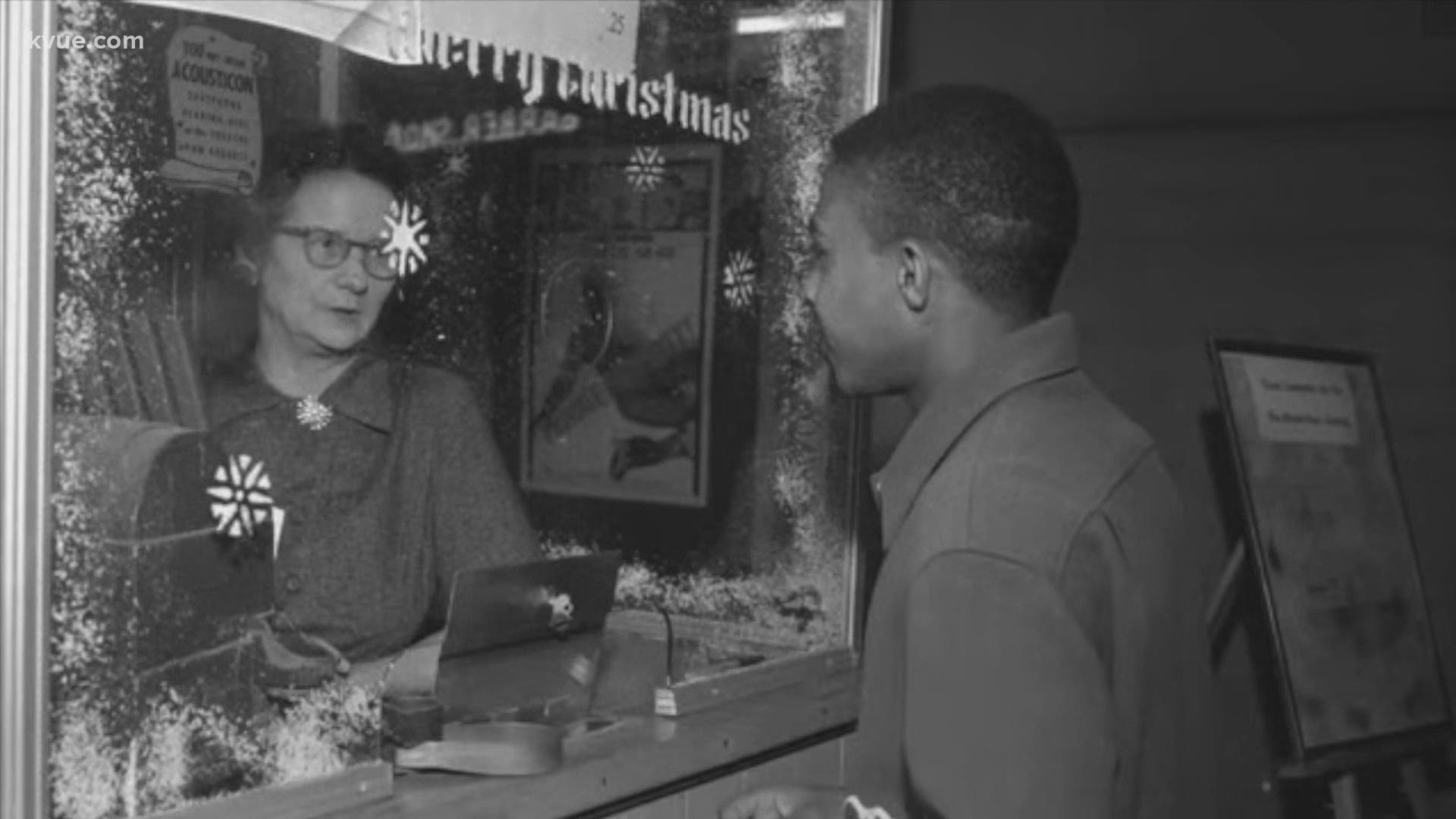 AUSTIN, Texas — Austin in 1960 was slowly outgrowing its image as just a “college town” as the population approached 200,000. But like most cities in the South, Austin was actually two towns: one for white residents and one for Black residents, with white residents generally living west of what was to become Interstate 35 and Black and Hispanic residents living east.

Black Austinites were not allowed in many of the whites-only businesses, including stores, restaurants and theaters.

That year, a small group of University of Texas students began protests at two movie theaters on The Drag to get them to admit Black patrons. The Varsity Theater and the Texas Theater were targets for protests known as “stand-ins.”

“We would walk in line and we had to have at least one Black student come out with us because we were mostly white, and we would get in line at the ticket window and ask if we could buy two tickets or a ticket for myself and for my friend here, the Black kid who would be next to us," former UT student Jim McCulloch said in a 2013 interview for a documentary about the local civil rights struggle called "The Stand-ins." “And then they [the ticket vendor] would, of course, deny the ticket. So we'd go back around to the back of it and stand in line again.”

With the protestors getting back in the ticket line over and over, others waiting to buy tickets would get frustrated and leave – causing the theaters to lose money.

And one student planning meeting at the university YMCA/YWCA in 1960 nearly cost lives when two UT students who opposed desegregation built a pipe bomb and used it.

“When two young men tried to throw a pipe bomb through the window – they were having some sort of brotherhood conference there [that] was integrated. And that would have been probably [been] one of the biggest civil rights killings in the country. But the throw was a tough one and it hit one of the supports and went down this deep stairwell which contained the explosion," said former student activist Leon McNealy.

McCulloch and McNealy were among a number of former students who participated in the 1960-61 protests who were interviewed for the documentary "The Stand-ins," produced by People’s History in Texas. The documentary tells the story of how the protests eventually led to change.

By the next year, the “stand-ins” had forced the Texan and Varsity theaters to open their doors to Black patrons. Other movie houses in town remained whites-only for a few more years until 1964 when civil rights for all became the law of the land.