Construction of the pipeline is already underway in West Texas. It will carry natural gas from there all the way to an area near Katy. 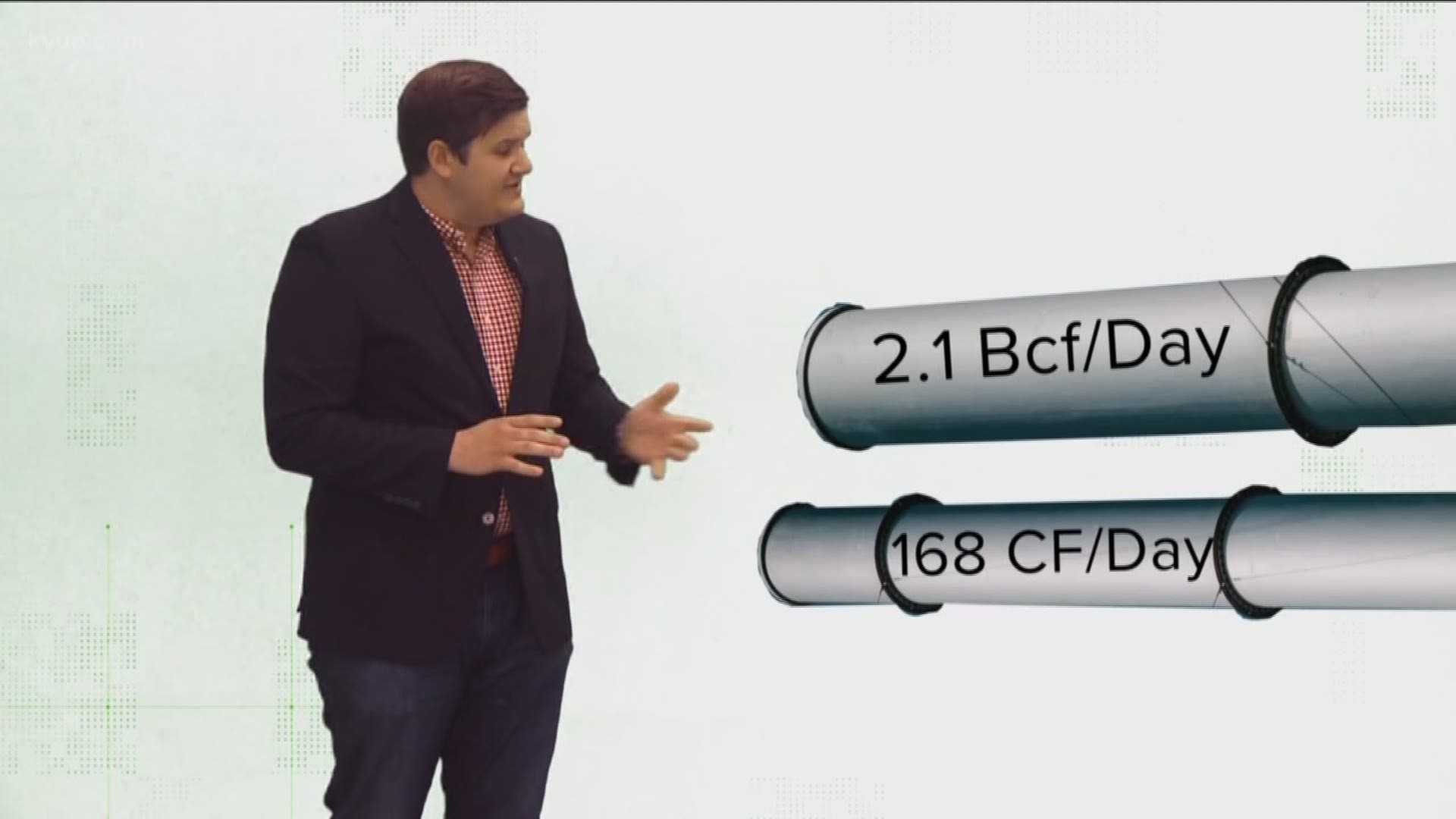 AUSTIN, Texas — An order by a federal judge will allow Kinder Morgan to proceed with its construction plans of the Hill Country portion of its Permian Highway Pipeline.

U.S. District Court Judge Robert Pitman of the Western District of Texas issued the order on Feb. 14, which denied a temporary restraining order (TRO) filed by several Hill Country property owners in hopes of preventing the pipeline to be built on their properties.

The City of San Marcos, Travis County, the City of Austin, the Barton Springs Edwards Aquifer Conservation District and interested landowners all joined the contemplated suit, which named the U.S. Fish & Wildlife Service, the U.S. Army Corps of Engineers and Kinder Morgan and its affiliates as violating the Endangered Species Act.

The lawsuit stated that Kinder Morgan constructing its pipeline in the Hill Country would impact the golden-cheeked warbler population, an endangered species.

Judge Pitman acknowledged in the order, “the Court appreciates Plaintiffs’ arguments and has concerns about the fate of the warblers whose habitat is in the path of the pipeline.”

However, he also said that the parties involved in the lawsuit against Kinder Morgan did not show that the pipeline would cause “irreparable harm” to the golden-cheeked warbler population, thus warranting the denial. 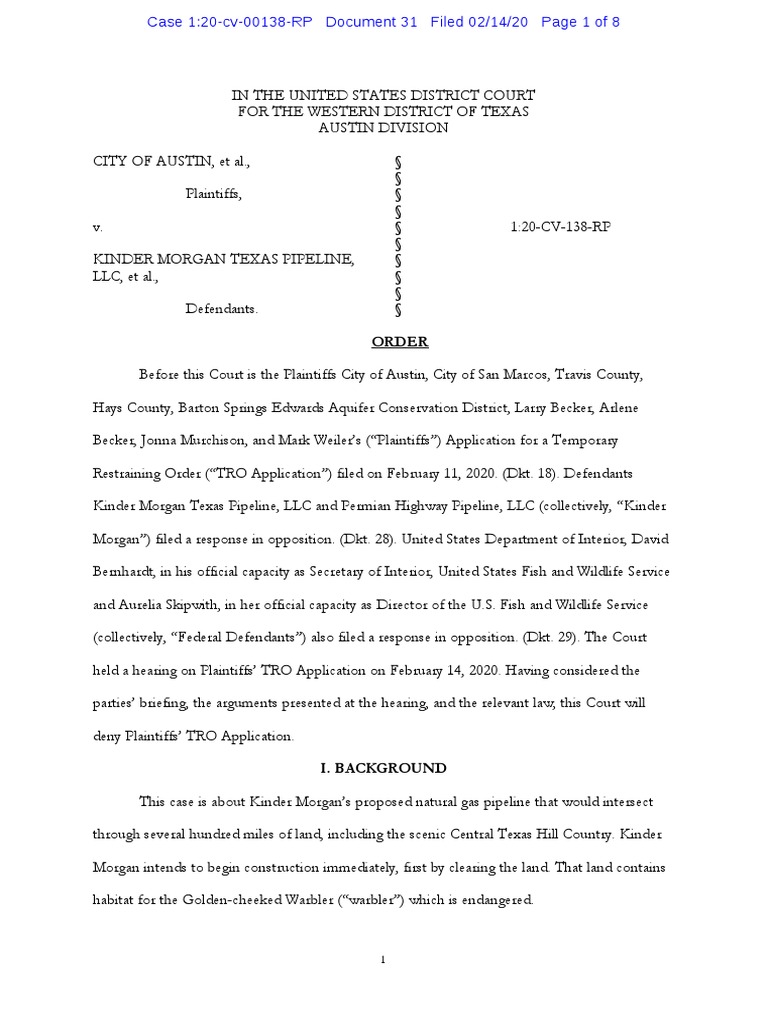 With the judge denying the TRO, the order stated “Kinder Morgan intends to begin construction immediately, first by clearing the land.” The order noted that Kinder Morgan is not allowed to clear vegetation between March 1 and July 31 in habitat areas for the endangered golden-cheeked warbler.

The order also stated that all parties in the federal suit are scheduled to meet on a phone conference on Tuesday at 3:30 p.m. to set dates for the next legal proceedings.

KVUE has requested statements from parties on both sides of the lawsuit. Kinder Morgan officials sent KVUE the following statement:

"We are pleased with the decision and look forward to continuing construction on this vital infrastructure project. Throughout its development, we have actively worked with all of our stakeholders to ensure we have the best possible route. These outreach efforts have resulted in nearly 200 route changes to accommodate landowners and address what we have learned in land surveys. As a result of these diligent efforts, we have reached agreements on 100 percent of the right-of-way for this project. Kinder Morgan and Permian Highway Pipeline are in full compliance with the Endangered Species Act. We have actively worked with the appropriate state and federal agencies, including those agencies tasked with protecting endangered species. PHP’s environmental assessments, among other things, comprehensively considered those endangered species that could potentially be affected by the project, and our construction plans have been designed to minimize impacts to those species.  We remain committed to preserving the environment including endangered species, and we have gone above and beyond established requirements to do so."

The City of Austin sent KVUE a statement from the TREAD Coalition, whom the City said it has been working with on the lawsuit. The coalition said that the court did not rule on the "merits of the lawsuit but, instead, only the narrow point of whether sufficient 'irreparable harm' had been shown to endangered species to warrant emergency relief." The coalition said it doesn't agree with the court's irreparable harm analysis and said it "must be emphasized that other major issues remain for decision by the court," including whether the pipeline can proceed without review under the National Environmental Policy Act and whether it can proceed without an Endangered Species Act Section 10 permit from the U.S. Fish and Wildlife Service.

"The final routing decision should be made by public officials accountable to all the citizens of Texas," the statement said in part. "Kinder Morgan executives should not have the unilateral power to decide where to build an industrial highway that affects thousands of landowners and dozens of communities."