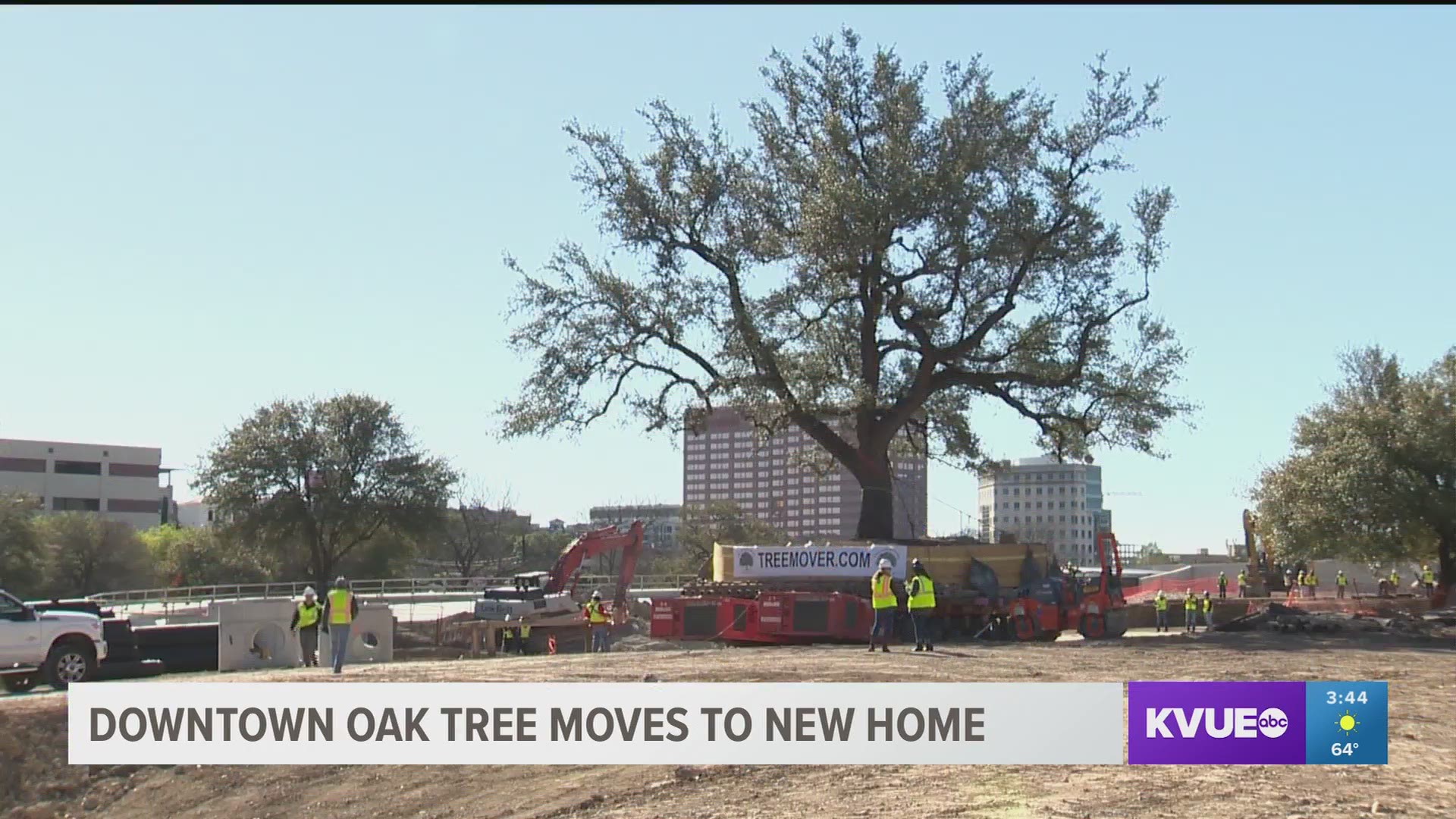 AUSTIN, Texas —
Crews thought it would take hours to move the more than 60-year-old tree through seven traffic lights and down several streets in Downtown Austin.

Instead, it only took an hour and a half to move the Heritage Live Oak from the State Capitol Complex at 17th Street and Congress Ave, to its new home at 14th Street and Trinity.

The new home of the tree is the currently under construction Waterloo Park.

Organizers expected the endeavor to last for hours as seven traffic signals and several streets had to be shut down for the move.

The live oak is at least 60-years-old, four stories tall and weighs around 350,000 pounds.

Peter Mullan is the CEO of the Waller Creek Conservancy. He said construction at the Capitol led to the tree's donation to the City of Austin.

"They're doing a lot of work, building a new pedestrian mall north of the Capitol," Mullan said. "This tree was essentially in the way of some of the work that had to be done."

The live oak is expected to offer shade over a playground at the new Waterloo Park, which is set to open summer of 2020.