Her power stayed on, her roof didn't: The destruction after storms in Lockhart

Storms ripped through Central Texas over the weekend. For one Lockhart woman, the storm took her roof with it. 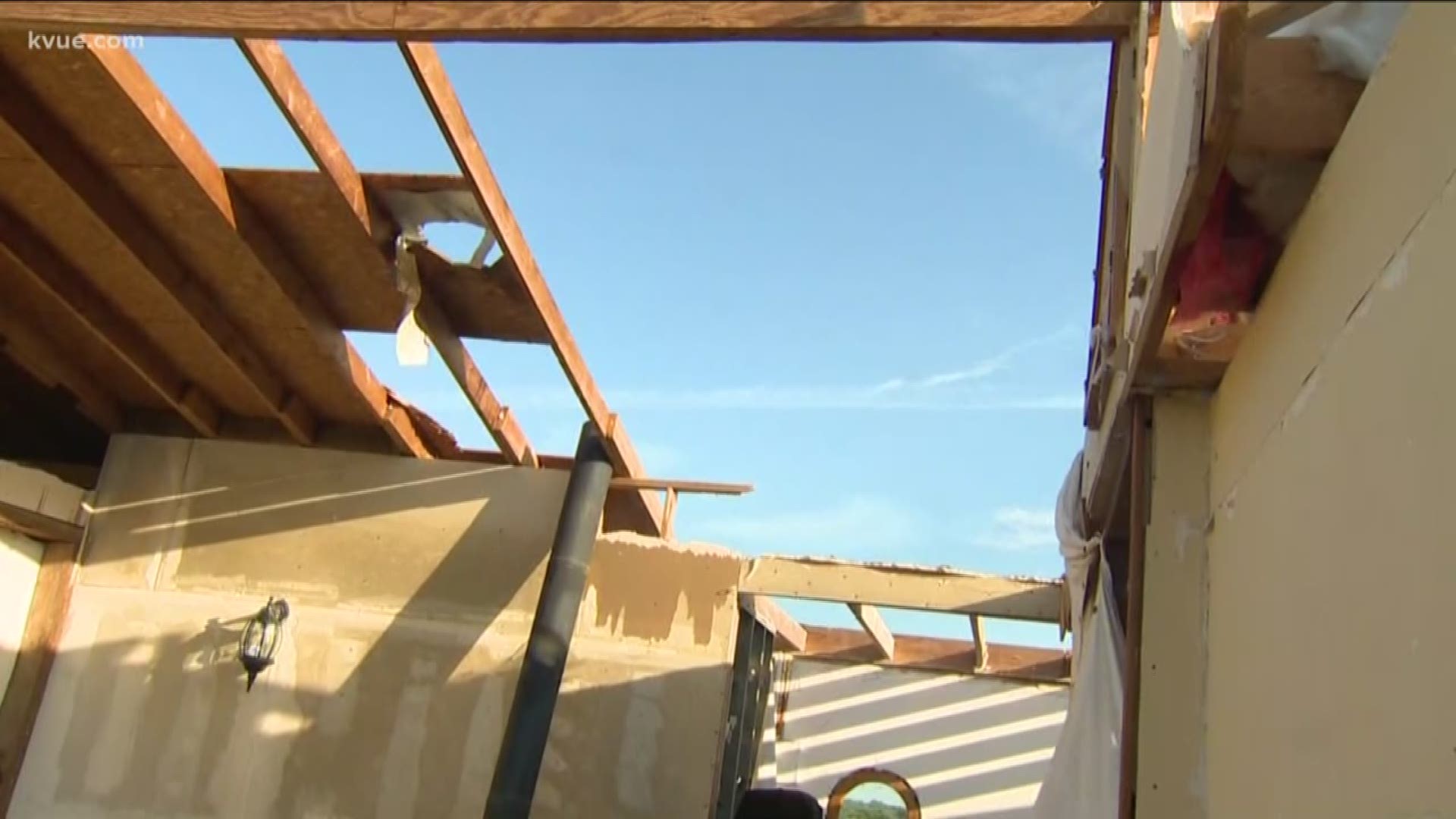 She said she woke up during the storms on Sunday to the sounds of steel ripping.

"It was windows, doors crushing from upstairs to downstairs, glass breaking, steel ripping up, and all the wood joists have ripped up," Matthews said. "And we heard [the roof] go over the house."

Matthews said while she never lost power, the storms took her roof right off the house and into the yard.

She and her son still live in the house.

"My son and I keep looking for the jokes because there’s nothing you can do. When it starts happening, it’s like, what are we going to do? Everything is already predestined, and we’re going to live with a big skylight – so, enjoy the star-watching," Matthews laughed.

She admitted she doesn't think she or her son have processed what happened to their home yet. But she said she's just thankful they are both alive and their animals survived.

"We lost a roof. We get to see the sky and stars for a while. What can I say? You got to make the best of whatever life hands you," said Matthews.

Matthews said they haven't decided if they are going to rebuild the house or not.