People typically think of donating blood during tragedies, but what about the rest of the year? 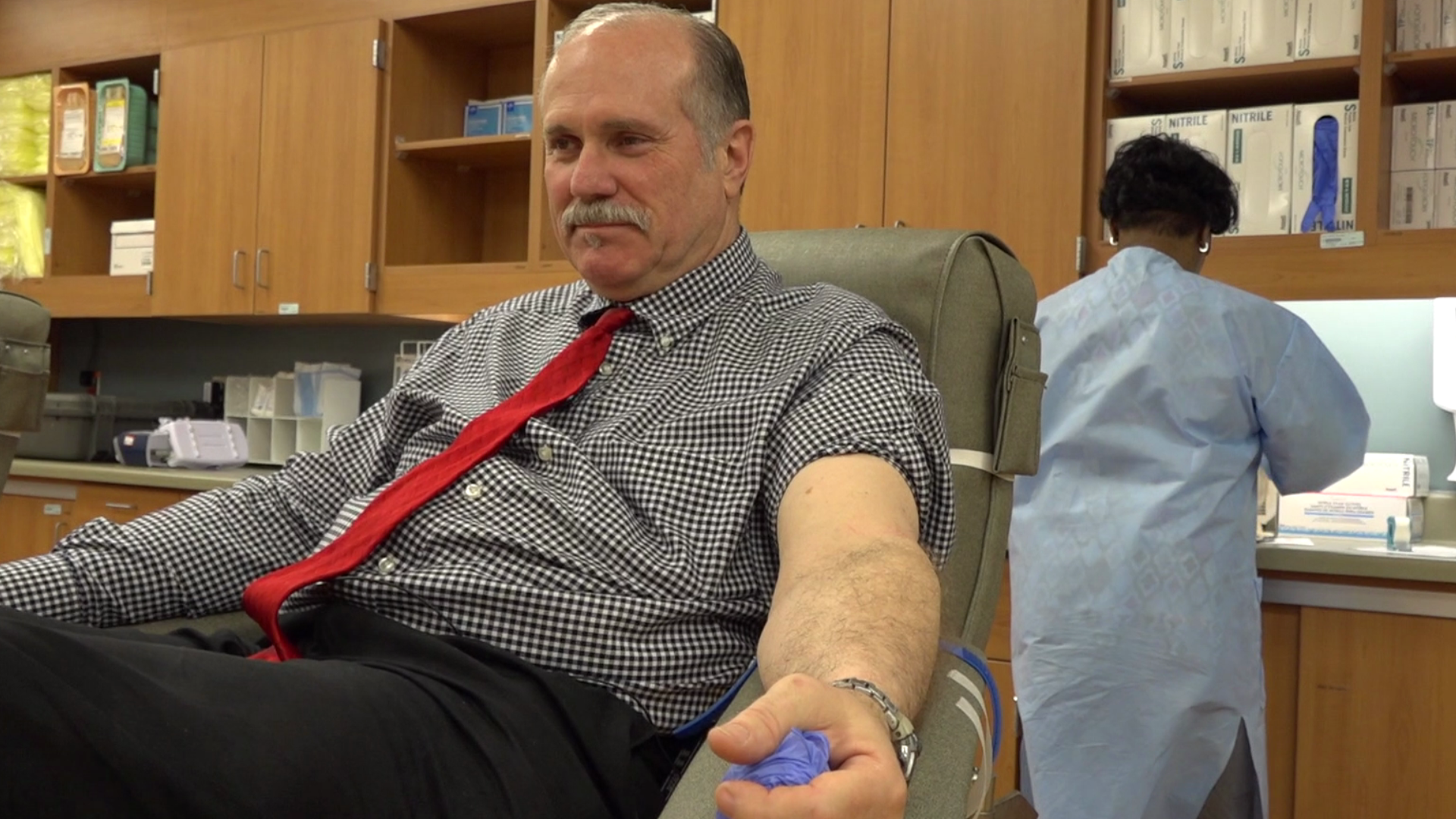 AUSTIN, Texas — The Central Texas Blood Bank We Are Blood is looking to raise awareness about the growing need for donors during National Blood Donor Month.

People typically think of donating blood during tragedies, but what about the rest of the year? Well, the demand for blood doesn't stop.

Eric Von Lehmden, the We Are Blood communications manager, said they generally see fewer people this time of year. The winter holiday season is tough on blood banks because many of the regular donors are out of town or busy.

“We just ask people as they’re starting the New Year to come in and maybe make this a New Year’s resolution to come in and donate maybe once or twice a year,” said Von Lehmden.

Von Lehmden said hospitals across the Austin area are needing more and more blood as the City continues to grow. We Are Blood is now serving a community of more than 2 million people. He said the City's growth is putting more stress on hospitals' services and that means there's a need for more blood donations.

RELATED: You could win 2 meals from Franklin Barbecue if you donate blood to this Central Texas blood bank

Rachel Bond donates regularly. She said she's been in need of a transfusion before and that was a good reminder to her that people really should come in and donate as often as they can.

“People always want to donate blood after a tragedy, after a horrific incident, which is very important, but it's the blood that's already on the shelves that have already been donating ahead of time that's already saving someone's life in that instance,” said Bond. “It’s so important if you can donate, especially if you’ve never donated before. It’s not scary. It goes by really fast. You get cookies at the end, and you realize, ‘Hey, I’m helping save someone’s life.’”

The O-negative blood type is the universal donor and it's frequently in high demand. After you donate, blood typically has a shelf life of about a month and a half.

RELATED: We Are Blood in urgent need of Type O blood donations

The organization provides blood to patients at more than 40 central Texas hospitals, so they aim to get at least 200 donors in a day.

Wednesday, Jan. 15, is the last day to earn a savory reward in Central Texas. We Are Blood is offering a little incentive for donors. If you donate blood, you'll be entered into a contest to win a meal for you and a guest at Franklin Barbecue. Twenty blood donors will win.

Starting on Jan. 16, the organization will be partnering with Thundercloud Subs.

There are several ways you can donate. Go here to learn how to donate.