Teen vaping numbers have doubled in the past two years, experts say. 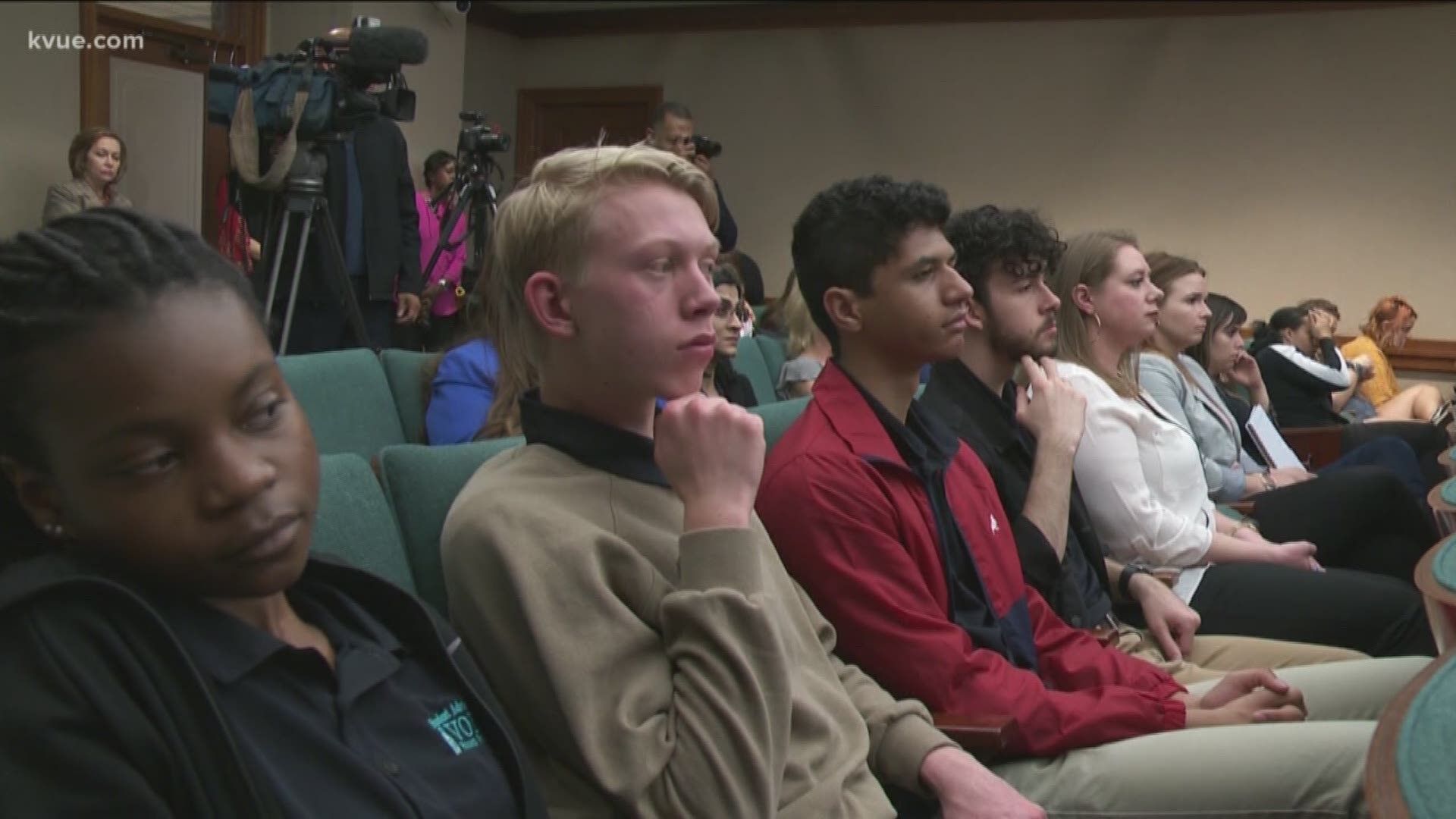 AUSTIN, Texas — Texas school and health advocates are tackling what they're calling a growing crisis: vaping among children.

They said more students are vaping than ever before. That's why educators, medical professionals, parents and students met at the Texas Capitol on Tuesday to discuss how to extinguish teen vaping.

The packed room heard from doctors, educators, parents and even a teen vaping survivor.

Perhaps the most shocking testimony came from Dr. Jeannie Stone, the superintendent of the Richardson Independent School District near Dallas.

"We've had four elementary occurrences that have happened since this school year began," she said. "The way we found out about it is a sixth-grader walked into the restroom and found these young kids sharing it around."

That's not the surprising part.

"If those second-graders would have lit up a match or a lighter, would we have been as shocked about that?" Dr. Stone asked.

That shocked 17-year-old Moryah Kline from Stony Point High School in Round Rock.

"I didn't know it hit elementary schools," she said.

She was one in the roomful of people attending the panel discussion sponsored by the Texas PTA and the American Heart Association.

"Today, there are more than five million students that are vaping," Edwards said.

Alarming data for 16-year-old Hart Black from Westwood High School in Round Rock, who said he plans to raise awareness because he is tired of seeing it at school.

"Whenever we're walking into school bathrooms, every single one of them is going to have that mustiness in it. Because students find it so attractive and so easily accessible, our job is to make it unattractive," Black said.

These experts believe inaction is not an option, especially after listening to survivors like Anna Carey.

"The worst part about being in the hospital is the unknown. So, how are you going to know how to treat an illness if you don't know what you're putting in your body?" Carey said.

You can find more information about youth vaping on the Texas PTA and the American Heart Association websites.