The disease is spread via mosquito bites and cannot be spread through coughing, sneezing or touch. 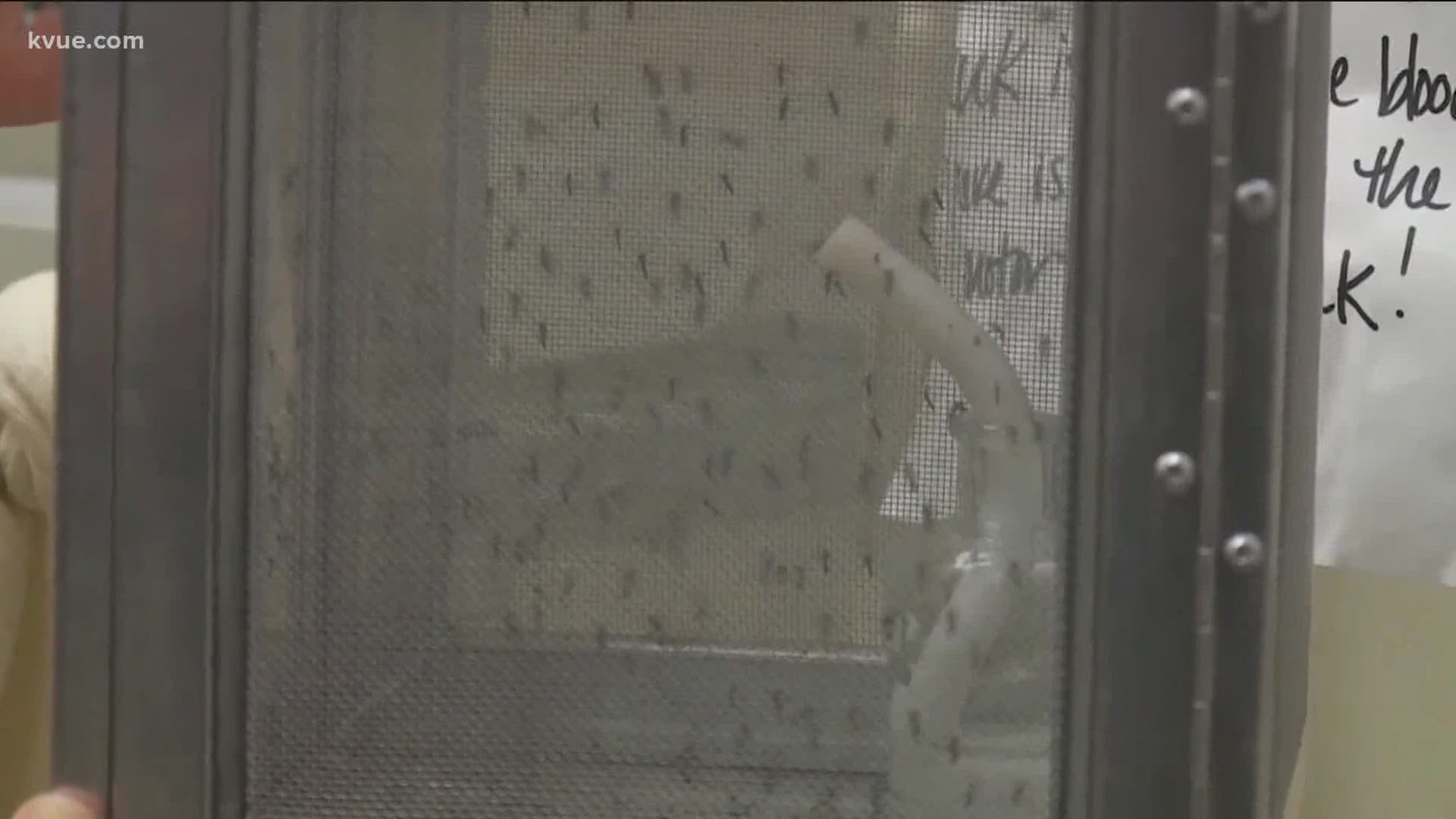 AUSTIN, Texas — As of Sept. 25, there have been three probable human cases of West Nile virus in Austin-Travis County.

APH said the first case was with an adult resident of northern Travis County.

The first Williamson County case is a person in their 40s in the southern area of the county. On Aug. 30, WCCHD officials said person who contracted West Nile Virus was home from the hospital and doing better.

Last week, the Texas Department of State Health Services announced the year’s first human case for the state of Texas in Tarrant County.

Mosquitoes have tested positive for the West Nile virus in both Travis and Williamson counties this summer.

The disease is spread via mosquito bites and cannot be spread through coughing, sneezing or touch. Symptoms include fever with body aches, headaches and occasionally a skin rash on the trunk of the body and swollen lymph nodes. Only around 20% of people who become infected will have symptoms.

“The first probable human case of West Nile virus disease serves as a reminder to take precautions to prevent the breeding of mosquitoes, which can then bite and infect people in our community,” said Janet Pichette, APH chief epidemiologist. “Like many other diseases, we have the power to prevent West Nile virus by draining standing water, limiting time spent outdoors and wearing appropriate clothing and DEET when outdoors.”

David Brown, the technical adviser for the American Mosquito Control Association, who has more than 30 years of experience in the field of mosquito and vector control, said it's not uncommon for West Nile virus to appear.

"What’s probably challenging now is that COVID-19 is taking resources away from many mosquito control agencies and labs to, one, be able to detect whether the virus is in the area and then, two, to be able to respond appropriately to reduce mosquito populations to ensure our public isn’t affected by the virus," Brown said. "The general advice is if you're outside when mosquitoes are out and about, make sure you're [using] a good mosquito repellent."

Brown added that draining standing water in and around a home is a good practice to prevent mosquitoes.