The rattlesnake's fangs went through the teen's clothing. He was wearing jeans and socks when he and friends ventured outside the beach house shortly after 11 p.m. that night. 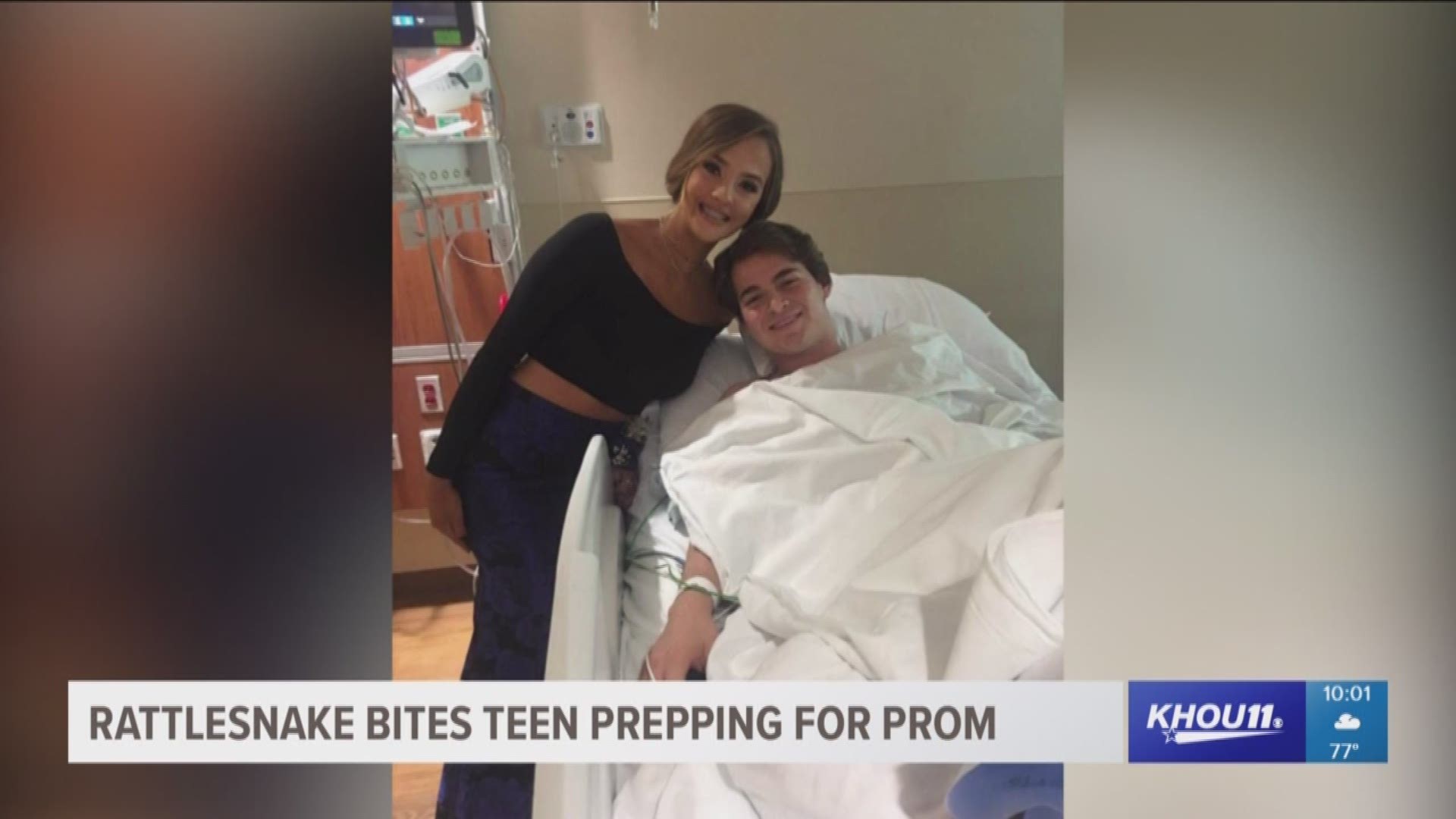 GALVESTON – A Texas City teenager is still in a Galveston hospital tonight after he was bitten by a rattlesnake on a beach.

Austin Fleming, 16, was bitten on the ankle after crossing a wooden bridge over the dunes to the sand outside the Jamaica Beach house he and a group of friends were renting for prom weekend.

“At first, I’ve never been stung by a wasp or anything, so I was like, ’This is what it feels like to get stung by a wasp,’” Fleming said. “But then a second later, I looked down and I saw the snake and I realized what just happened.”

The rattlesnake’s fangs went through the teen's clothing. Fleming was wearing jeans and socks when the teens ventured outside the beach house shortly after 11 p.m. that night.

“It felt like I got stabbed in the ankle,” Fleming said.

Fleming says he ran to get away from the snake and tell the rest of the group what had happened.

“The girls didn’t believe me at first, that I’d just gotten bit by a snake,” Fleming said. “So I had to pull my sock down and show them that I was bleeding from the two marks. I looked at it for a second and it started to go numb so that’s when I ran back to the street.”

One of the girls in the group called 9-11 and then called Fleming’s mother.

“My mom thought we were pranking her so they gave me the phone and that’s when she knew I wasn’t joking because I told her how my leg was going numb and I was kind of freaking out,” Fleming said.

The teen’s mother, Yesinia Sandino, raced to get to Galveston after the call.

Fleming was taken to UTMB’s Jennie Sealy hospital where he was treated with several doses of anti venom and was transferred to the intensive care unit.

The teen has spent eight days in the hospital and missed several important obligations in these final days of the school year.

The Ball High School student missed exams for his advanced-placement tests, the prom, and his chance to work as a beach patrol guard this summer. Fleming had been training for months to pass the rigorous swimming test to qualify for the beach patrol position.

“It’s not something you expect, to go to the beach and get bit by a snake,” Fleming said.

The conditions of the teen’s left foot and leg have improved but doctors are still unsure when he will be released. They say his platelet count has not returned to a normal level.

“You hear about alligators and sharks and all those kinds of things,” said Sandino. “My older son is a lifeguard, and I cannot say I’ve worried about snakes.”