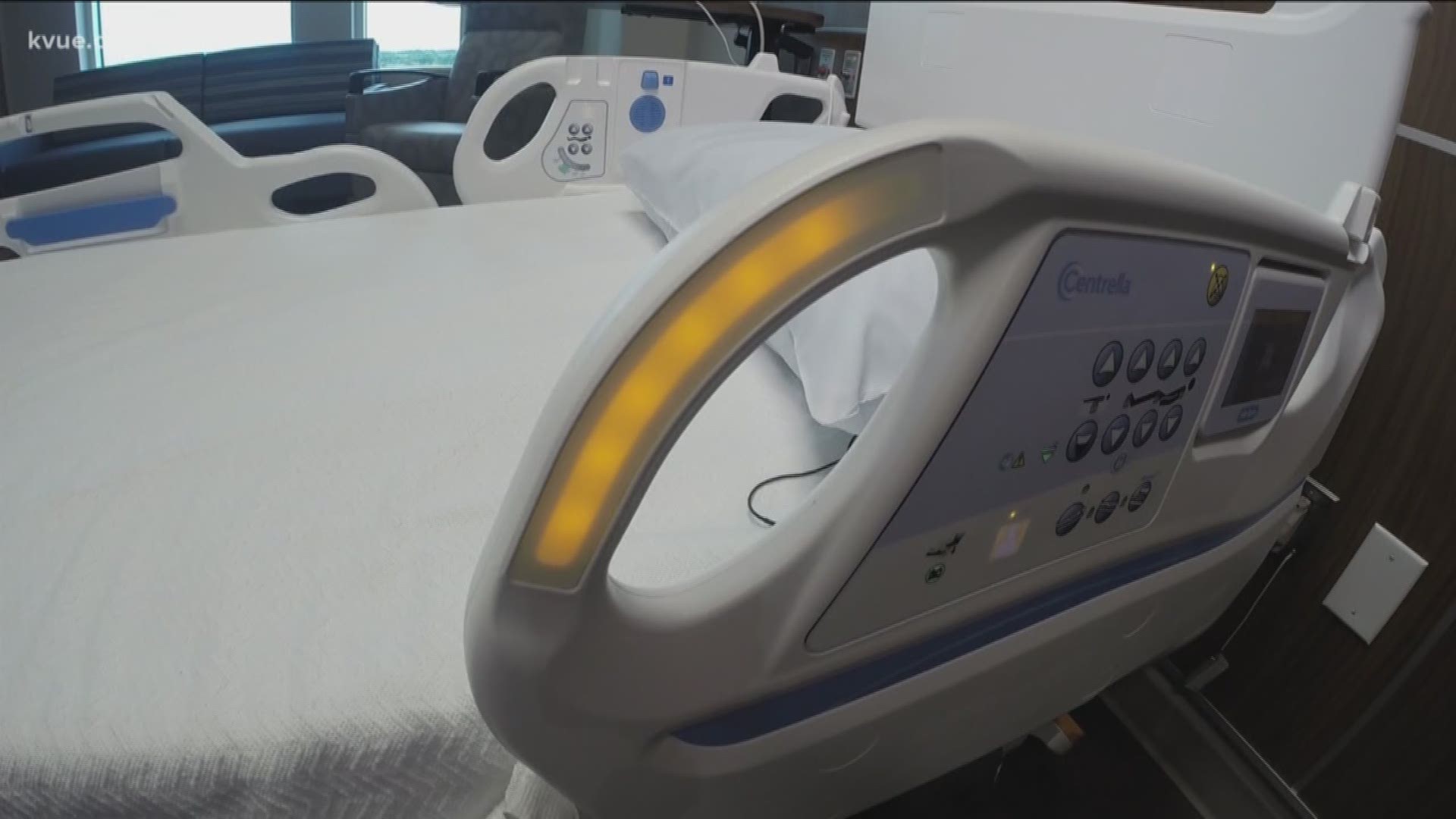 PFLUGERVILLE, Texas — The beds at Baylor Scott and White Medical Center in Pflugerville may look like any other beds, but that isn't the case.

The technology behind the beds is helping staff keep patients safer.

"First it senses that you're in the bed," said Amy Wilkins, the director of nursing at Baylor Scott and While Medical Center in Pflugerville. "The second that you sit down on it, it will light up on the floor."

The lights allow for nurses to see signals from the bed.

"We can set it so that as they start to move toward the edge of the bed that alarm goes off," said Wilkins. "It immediately calls the nurse on her phone, it puts an alert over the door and also at the nurse's station -- all three, so that we can stop our patients before they get up and before they could potentially fall."

Wilkins said the beds have been in the medical center in Pflugerville since it opened last year.

Along with an alert system, the bed also has the ability to speak different languages.

"How often do you have a bed built in that will speak each patient's language? And you're knowing that in their dialect they're understanding what's happening and that they need to sit back down," said Shelby Cowen, the acute care manager.

As if all that wasn't enough, the beds also have a spot you can charge your phone.