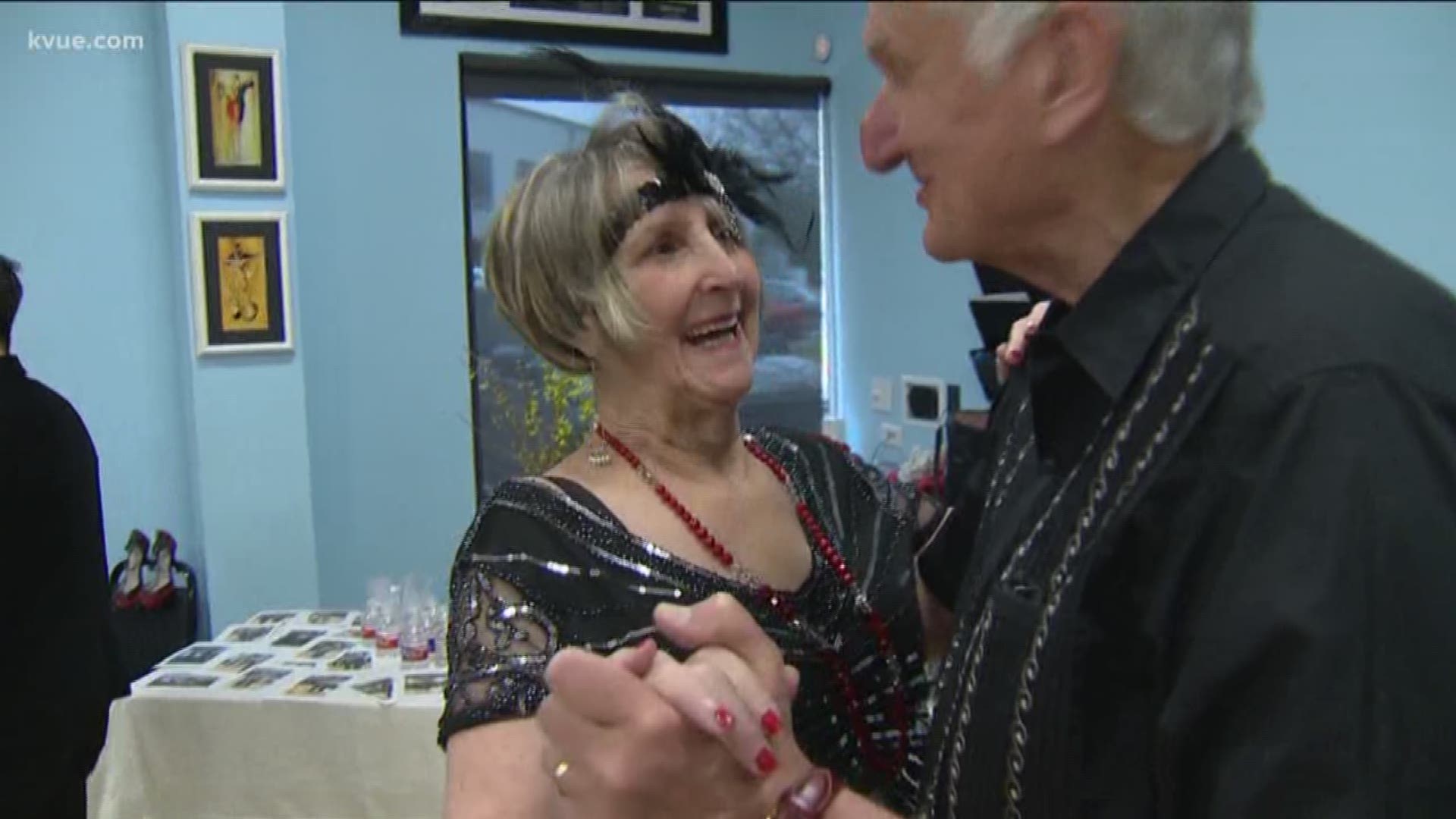 Carol Garrett is one of them.

With a feather in her hair and sequins on her outfit, she and some of her classmates got all dolled up for the final class on Tuesday.

Garrett said she is sad to see the six-week course come to an end.

"We hope that they will do it again because we have really enjoyed it, even though we don't exactly know what we are doing. But, that's okay," Garrett said.

Garrett talks a little slow, and her hands shake.

That's because she has Parkinson's disease. And so do all of her classmates.

Gregory Thompson is another student.

"I haven't thought of this as therapy," Thompson said.

But he said taking this class has helped his Parkinson's symptoms.

Even more important: it's helped him deal with an unintended consequence of the disease.

"If you're alone, it's easy to dwell on Parkinson's. But to get out and do something like this, wow! It's great! I think of other things. I think of other people. It really helps," Thompson said.

Instructor Mickey Jacobs said she has noticed a big difference in her students from the start of class until now.

"So, they're much more confident, they're standing straighter, they're taking longer steps and they're stronger," Jacobs said.

This class has made such a positive impact that students like Garrett plan to continue taking tango lessons even after this course is over.

RELATED: New treatment gives those with Parkinson's a new hope in Lakeway

Dr. Nina Mosier specializes in internal medicine. She doesn't treat anyone in the tango class, but has a connection to Parkinson's because her father has the disease. She has researched Parkinson's and discovered dance is beneficial for those afflicted with it.

"All the studies have been showing how important movement in Parkinson's and helps improve quality of life and dance takes it to another level," Dr. Mosier said.

Many of these students learned about this free tango dance course from Power for Parkinson's, a free exercise class.

The free six-week course was made possible by a City of Austin grant.

You can see the full schedule here.

'A shooting unlike what we've seen' | Police plea for tips after father, infant shot through apartment door

Heads up: Winter is not done with us just yet!