According to the governor, he does not want any other patients in San Antonio to be released Monday. 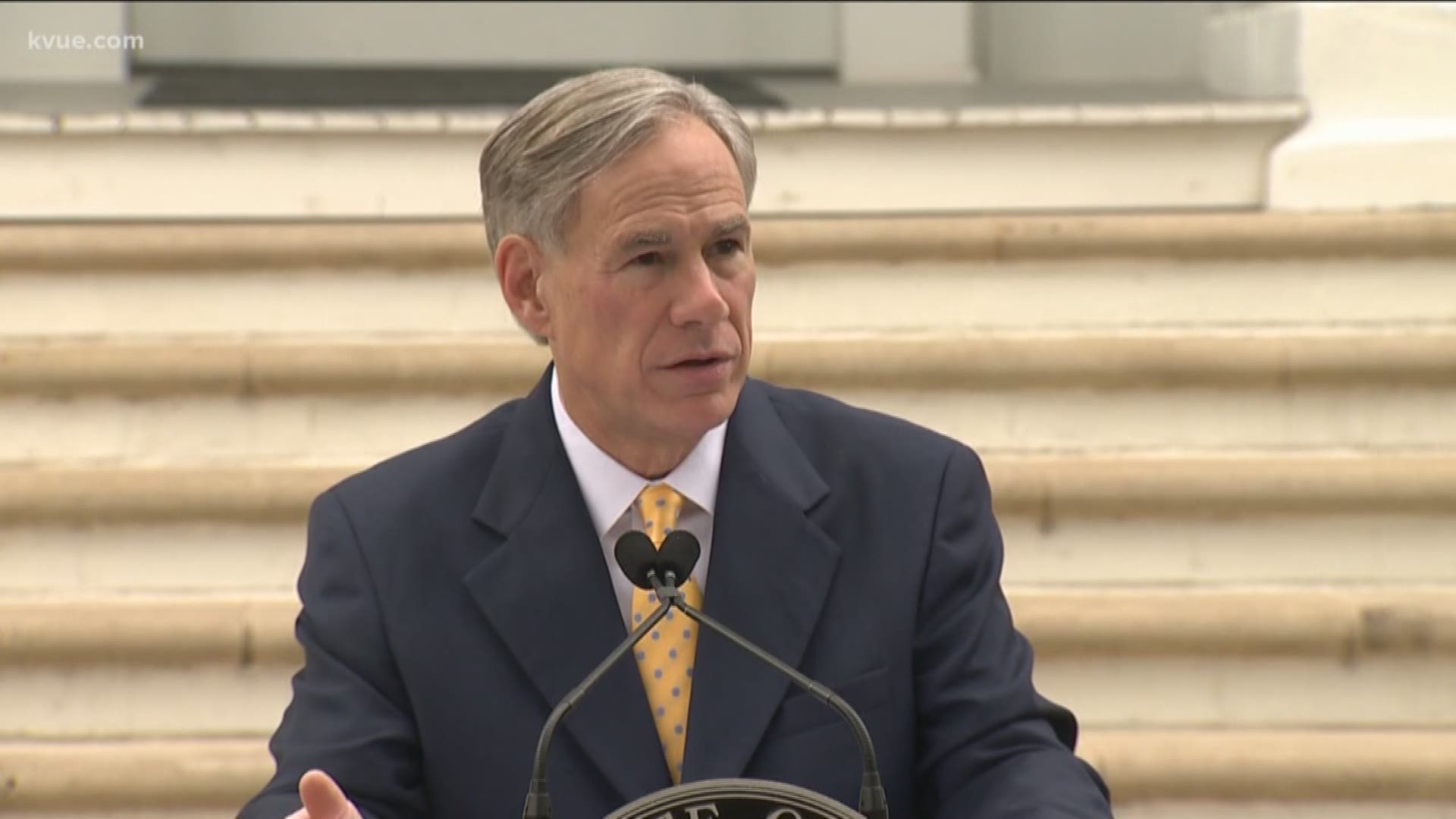 AUSTIN, Texas — Gov. Greg Abbott responded to the CDC after a patient who tested positive for coronavirus was released in San Antonio. The governor called the actions "completely unacceptable."

The Texas governor spoke about the virus during a press conference for an economic development announcement Monday morning.

"What happened in San Antonio and what the CDC did is completely unacceptable," Gov. Abbott said. "It appears to be a case of negligence with regard to allowing this person who had the coronavirus to leave."

Abbott added that a letter is being sent to the CDC with corrections expected. The letter was created in conjunction with a conversation Abbott had with Vice President Mike Pence and other officials Monday morning.

According to the governor, he does not want any other patients in San Antonio to be released on Monday.

"There were people scheduled to be released from Lackland Air Force Base today. Our demand and our expectation are that those people will not be allowed to go home today," Abbott said. "They will not be allowed to go home until the CDC can guarantee that they have no trace of coronavirus and pose no threat to the expansion of the coronavirus anywhere in the country."

There are currently 11 people at the Texas Center for Infectious Disease who have tested positive for the coronavirus. These are mild cases, Abbott said.

The CDC currently conducts two tests 24 hours apart, and if they are both negative, patients are released, according to the governor.

"That was one of the mistakes here," Abbott said, referring to the person in San Antonio who was released.

Abbott said the woman was released before the test results from the third test came back positive for coronavirus.

"The CDC must improve the protocols and be absolutely certain that before they allow anybody to be released from any location in San Antonio that they can ensure the public that whoever they're releasing does not have the coronavirus," Abbott said.

Health officials in San Antonio said the patient with coronavirus that was released posed a low risk to the public.

The letter written by the Texas Department of State Health Services can be read below:

Today marks the end of the 14-day quarantine for over 120 individuals repatriated from the Diamond Princess in Japan. Upon release, they will be traveling across the nation by aircraft, staying in hotels, and passing through communities. Per telephone conversations last night, the State of Texas requests certain assurances regarding the release of these individuals from quarantine. Governor Abbott has expressed his determination that the Centers for Disease Control and Prevention must demonstrate it has appropriately assessed the risks that these individuals pose to the public before they are released from quarantine today. I, as the state health official for Texas, support that request.

Before the current cohort is released, please provide a written rationale for the release of the individuals from quarantine. The explanation should detail the levels of risk that are assessed to individuals within the cohort and include the science and evidence basis behind the federal government’s assertion that individuals considered for release from quarantine are not infected with the virus.

Separately, the State requests a clear explanation of what happened with the test results and protocols of the individual released from federal isolation on February 29, 2020, who had to be returned to isolation due to a subsequent positive test result. If CDC testing confirms the individual is still positive, I urge you to quickly review the science to determine what updates to CDC criteria are necessary.  This should include a third consecutive negative test to create a more highly reliable system for determining that a previously-positive person is clear of the virus.  Local communities, the state, and the nation must be confident that CDC criteria is fully protecting U.S. communities from the risk of exposure.

The trajectory of the virus spread is dependent upon seamless public health collaboration across all levels of government, relying heavily on the federal government’s expertise and access to information about this virus. Everyone must have confidence that the standards and protocols we are using do not allow for increased transmission in our nation due to the premature release of high-risk individuals.