The start of a new school year is a common time for higher levels of stress and anxiety for kids and young adults. 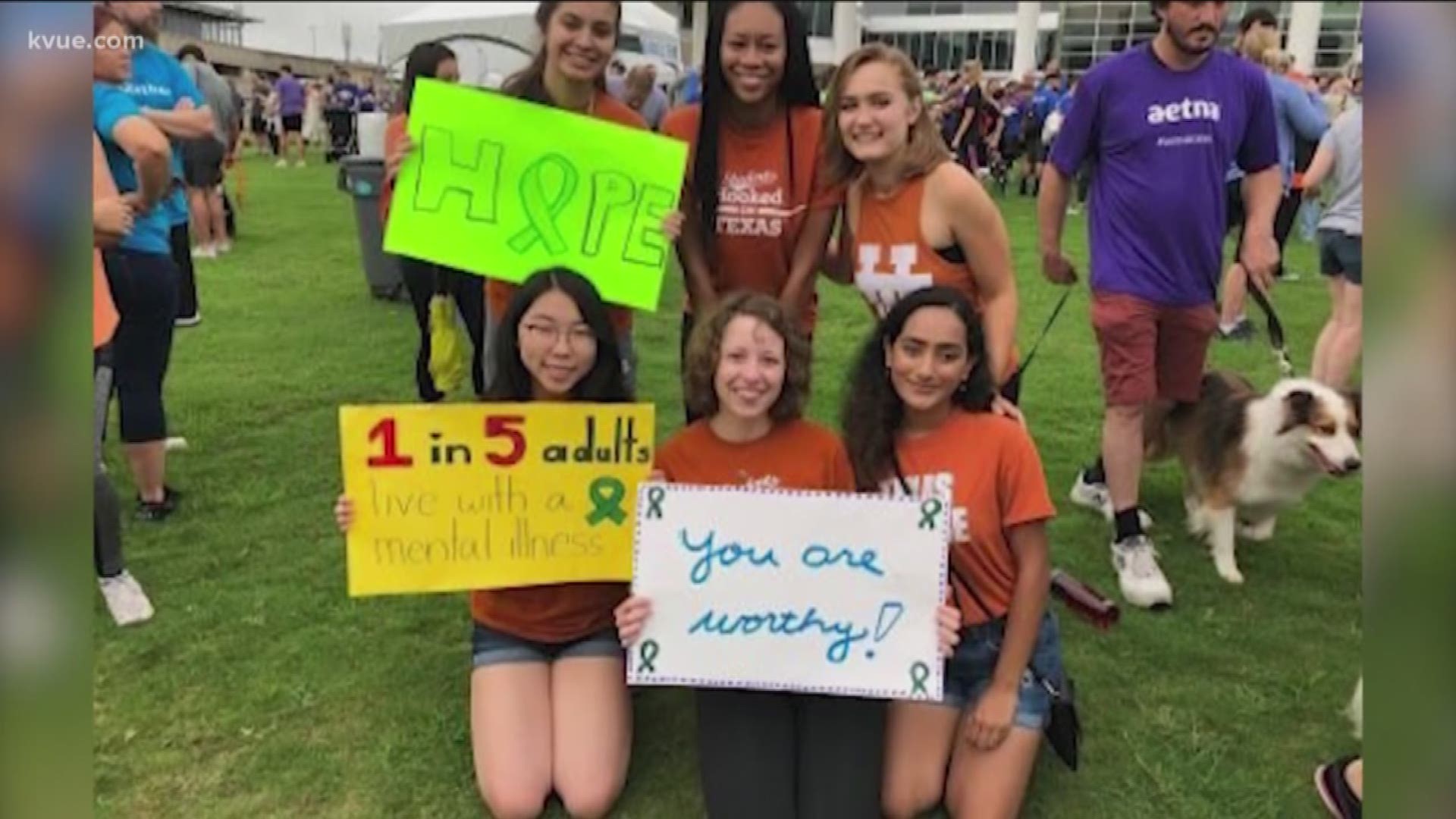 AUSTIN, Texas — As kids start heading back to school across Central Texas, it’s important to keep mental health in mind.

The National Alliance on Mental Illness (NAMI) Central Texas chapter said it’s not uncommon for kids to be feeling stressed or anxious this time of year.

“Anxiety or feelings of stress are really common at the beginning of a school year, for everybody. It's a big transition, you're moving into a new school year, there's a lot going on, so it's really common,” said Karen Ranus, executive director of NAMI Central Texas.

In addition to talking about mental health with your child, Ranus recommended taking a quick run or doing some breathing exercises to help alleviate some of the feelings.

“Many times in our kids, it can manifest itself physically, so it's not uncommon to see things like stomachaches or headaches and it can be really easy to say, ‘Oh, this is just a kid who doesn't want to go to school’ when actually it may be a response to the anxiety or stress that they're feeling,” Ranus said.

Two things to pay attention to are severity and duration. If a child has consistent depression or anxiety, Ranus recommended seeing a doctor to see if there’s something more serious going on.

Other recommendations include meditation apps or mindfulness activities.

“Remember to acknowledge and affirm what kids are feeling instead of dismissing it,” Ranus said. “I think in those moments when we're sort-of in a hurry or we don't want kids to engage in feeling like they're anxious or stressed, it's real easy to say, ‘Oh, you're fine. There's nothing wrong with you.’ And what you're doing when you do that is you sort of shut down the conversation."

Ranus stressed the importance of schools and parents having close communication to ensure that kids can have a successful school year.

“I think it's real easy for us to be ashamed and feel like we failed as parents and that that's why we're dealing with this, so we tip-toe around the issue and we don't address it early enough,” she said.

A personal battle with anxiety

Incoming University of Texas at Austin senior Alexis McDonald has struggled with anxiety and depression since early high school.

“There was this sense of intense loneliness, and I didn't know who to talk to. I didn't know how to communicate what I was feeling, and I also experienced a lot of anxiety,” McDonald said.

She was a high school athlete with lots of friends and heavily involved at school. She moved to Austin from Dallas for college, expecting the feelings to go away as she gained more independence.

“My freshman year at UT was probably the most isolating experience of my life. I didn't meet anybody, and I didn't really get to develop any friendships,” McDonald said.

She joined the NAMI student chapter on campus, became a group fitness instructor and decided to be a resident assistant at a UT dorm. She didn’t want anyone else to struggle alone the way she did freshman year.

“When I began realizing that other people had also experienced those same isolating feelings, that same anxiety, that was when I realized that I could talk about it and that I could get help,” McDonald said.

She said she’s much happier now and plans to graduate with a degree in psychology.

“I give myself grace to have bad days and I don't expect myself to be perfect, so it's more so just being more kind to myself,” she said.

McDonald is now trying to change the conversation surrounding mental health, as the new president of the NAMI student chapter. She wants to open conversations and help people know it’s OK to struggle.

NAMI is planning a mental health awareness walk on Sept. 28 at 9 a.m. The 5K begins at The Long Center.