It can be hard for people living with dementia, which is why a local photographer is hoping to give families a lasting memory. 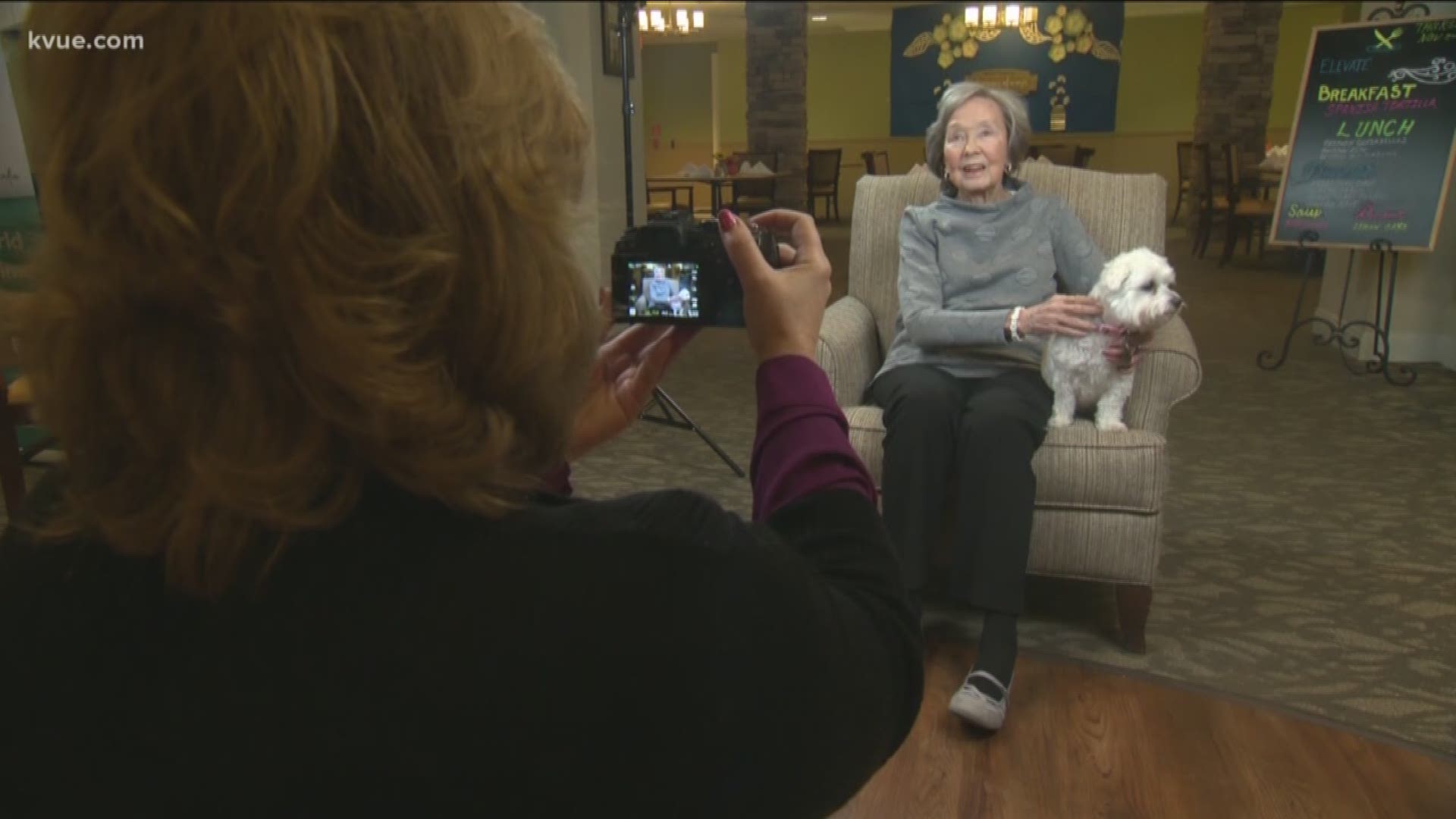 GEORGETOWN, Texas — For the past year, a local photographer has taken on a challenge – taking pictures of people who are living with the same disease to give them lasting memories. It's a challenge she is paying her own money for the most part to accomplish.

A picture can capture a memory, a snapshot of what people are going through – something so many families don't have when health issues take over.

"You're going to want to be the same level as her," explained Carmen Davailus.

It's all part of photographer Davailus' project, Doggies for Dementia.

"With the stigma associated with Alzheimer's, how do we bring it more to the mainstream, how do we make it more common?" said Davailus, explaining her project. "Then the thought was, of course, add dogs because dogs are very popular on social media."

In the past year, Davailus has photographed seven people with dogs. She says it's combining animal therapy and also portrait therapy.

She's hoping families like Carol and Robbie can hold on to more memories.

"Carmen wanted me to tell you why we were doing this today," said Robbie to her mom.

"You had told me once several months ago that if you had it to do over again you would have been a model, and I never heard you say that before," explained Robbie. "I was talking to Carmen one day and I told her that story, and she's a photographer and she said, 'Let's make her dream come true.'"

"It's my dream to help make your dream come true," said Davailus.

Pictures can be a reminder of the struggle some face every day.