Residents are asked to protect themselves from mosquito bites when outdoors and prevent mosquito breeding on their personal property. 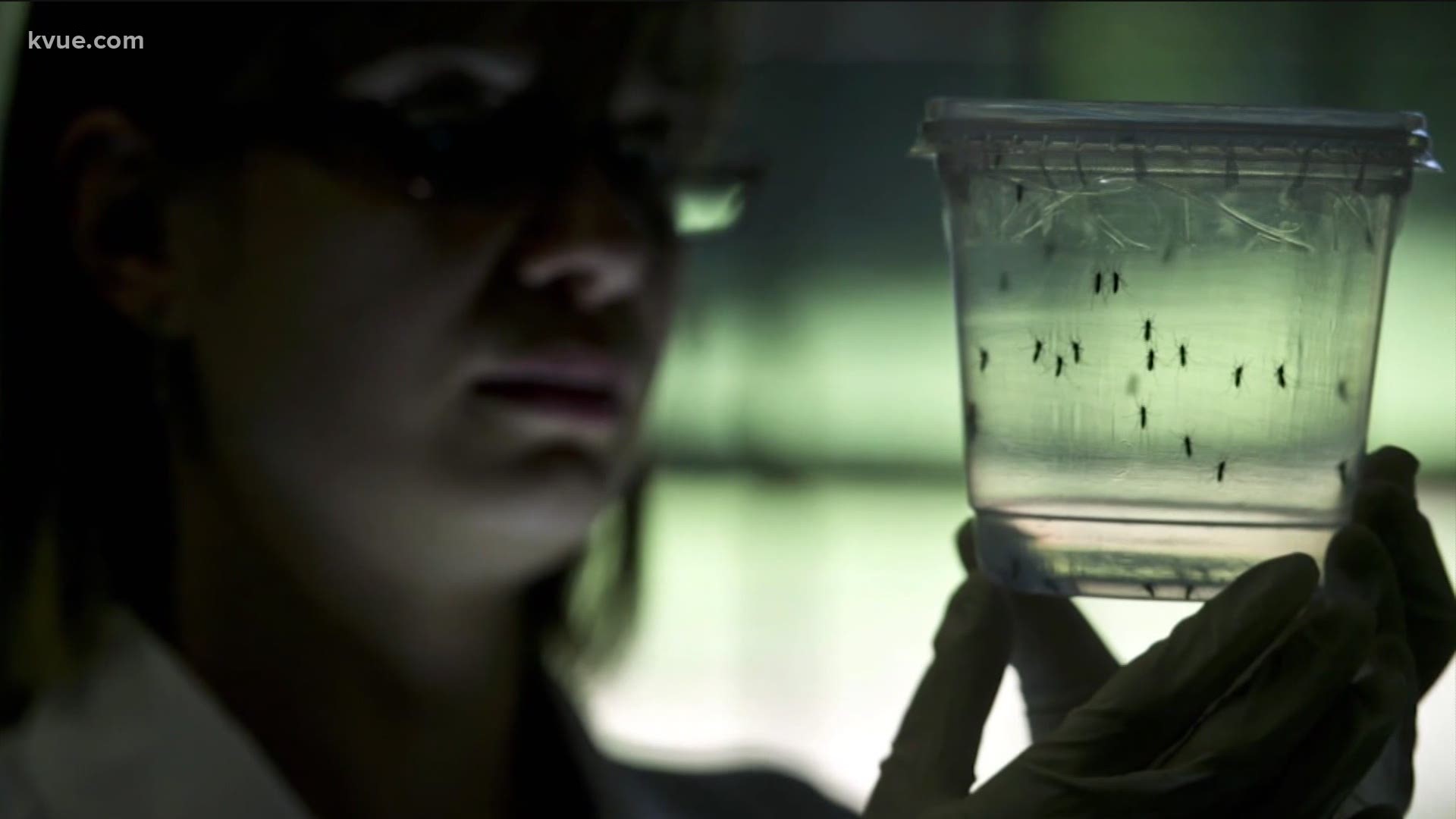 WILLIAMSON COUNTY, Texas — County leaders are currently monitoring samples after mosquitoes have tested positive for West Nile virus in both Williamson and Travis counties. Human cases have also been reported in both counties.

Here's a timeline of announcements:

Mosquitoes are present in Central Texas year-round, but the population is the most abundant and active from May through November. During this time, Austin Public Health's Rodent and Vector Control Program watches over the mosquito population and tests for mosquito-borne viruses.

“Our community has the ability to help us prevent mosquito-borne viruses,” said Don Hastings, Austin Public Health Assistant Director for Environmental Health. “Let’s take the time to remove standing water, wear protective clothing when working outside, and avoid being outside when mosquitoes are active.”

The species that tested positive for West Nile virus is Culex quinquefasciatus (southern house mosquito), Williamson County said. The species has a flight range of about one mile.

WCCHD is urging everyone to be especially vigilant, given the proximity of outdoor activities at the Southwest Williamson County Regional Park and nearby neighborhoods.

Residents are asked to protect themselves from mosquito bites when outdoors and prevent mosquito breeding on their personal property.

VERIFY: What you should know about mosquito-borne EEE virus

VERIFY: Are mosquitoes really the deadliest animals on earth?

Experts recommend using an EPA-approved insect repellent, dressing in long sleeves and pants when outdoors – especially at dusk and dawn – and draining standing water in flower pots, pet dishes or clogged gutters. Any standing water that can’t be drained should be treated.

There have been no reported human cases of West Nile virus in Williamson County since 2017. There is no evidence mosquitoes can transmit COVID-19.

More information can be found at www.wcchd.org or at the Texas Department of State Health Services West Nile website at www.txwestnile.org.

Symptoms of West Nile virus include fever, headache and body aches, a skin rash on the trunk of the body, and swollen lymph nodes. The virus poses a higher risk to those over the age of 50, with even more severe illness that could include stiffness, disorientation, coma, tremors, vision loss and paralysis.