A doctor weighs in on what Javier Ambler could have been going through in 2019. 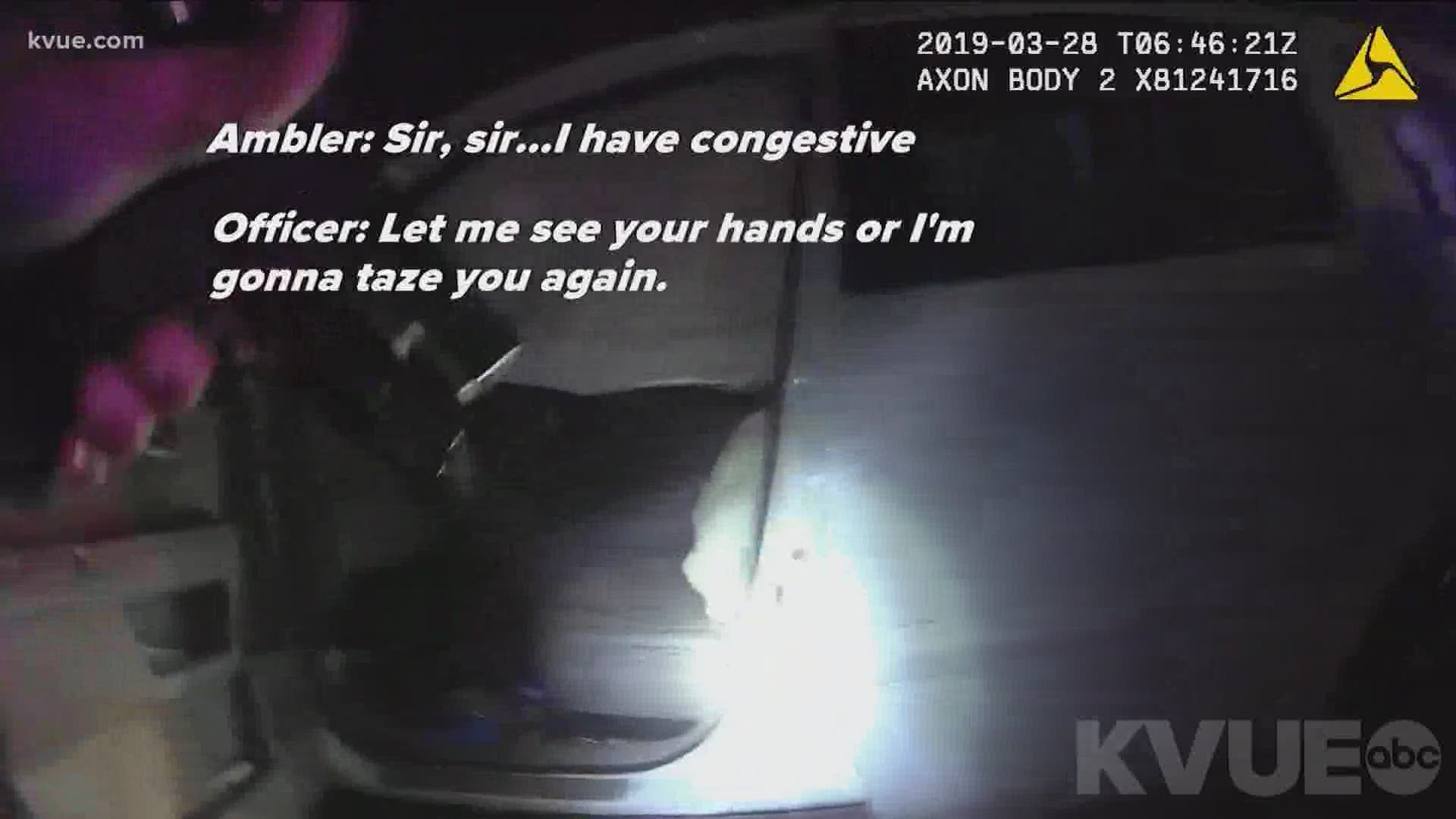 AUSTIN, Texas — "I have congestive heart failure," was one of the last things Javier Ambler said to law enforcement before he died.

The sentence can be heard on body camera footage, along with Ambler saying, "I can't breathe."

Ambler’s death was ruled a homicide, which officials said include “justifiable homicide.”

Medical examiners listed his cause of death as congestive heart failure and hypertensive cardiovascular disease associated with morbid obesity “in combination with forcible restraint,” according to an in-custody report filed with the Texas Attorney General's office. Ambler's autopsy has not yet been released.

"The first type refers to a problem with the pumping function of the heart, so weakening of the heart muscle that prevents the blood from moving forward," said Kohli. "The second type of congestive heart failure is where the heart muscle doesn't relax normally, so instead of being stretchy like a water balloon, the heart muscle functions more like a lead box."

Kohli said both types can lead to problems with breathing and fluid backing up into the lungs, especially in situations where the person is under distress or where blood pressure can suddenly rise.

"It was also reported in the medical examiner's report that this patient had hypertensive heart disease, which is thickening of the heart muscle. So all of these findings together make this individual significantly more susceptible to stress from a medical standpoint," said Kohli. "In other words, if his blood pressure were to suddenly go up, his heart muscle is stiff. It's thick. It doesn't relax. Normally, the pressure inside the heart suddenly goes up and fluid can back up into its lungs, causing him problems with breathing."

She said if this happens, people can feel like they're drowning due to the fluid in the lungs.

"Specifically when the heart muscle has congestive heart failure and hypertensive heart disease, it is actually more sensitive to oxygen. So because the heart muscle is thicker, it actually usually needs more oxygen to do its work," said Kohli. "So you sort of get caught in a bad cycle here where your lungs are filling up with fluid. You're not getting the oxygen that you need. You've got a heart that's actually more sensitive to lack of oxygen and needs more oxygen. And then your blood pressure is sky high, which is making the heart work even harder and require even more oxygen."

Kohli also discussed the possible impact of Tasers on someone with congestive heart failure. Records obtained by the KVUE Defenders and the Austin American-Statesman reveal deputies used Taser stun guns on him at least three times.

"It's possible that being tasered, because of the element of surprise, can suddenly raise your blood pressure. And people who already have hypertension and are sensitive because of the congestive heart failure can be very, very sensitive to these sudden increases in blood pressure from the pain or from the muscle contractions, from the element of surprise, from being restrained," Kohli said.

She also said "it is very rare for a Taser to cause a direct cardiac arrhythmia."

Kohli noted she has not seen the full medical examiner's report, which could provide more insight into Ambler's heart condition. The KVUE Defenders are working to obtain that report.