Pflugerville mom Alaina Lander had tried everything to treat her postpartum depression when her psychiatrist recommended the new IV drug. 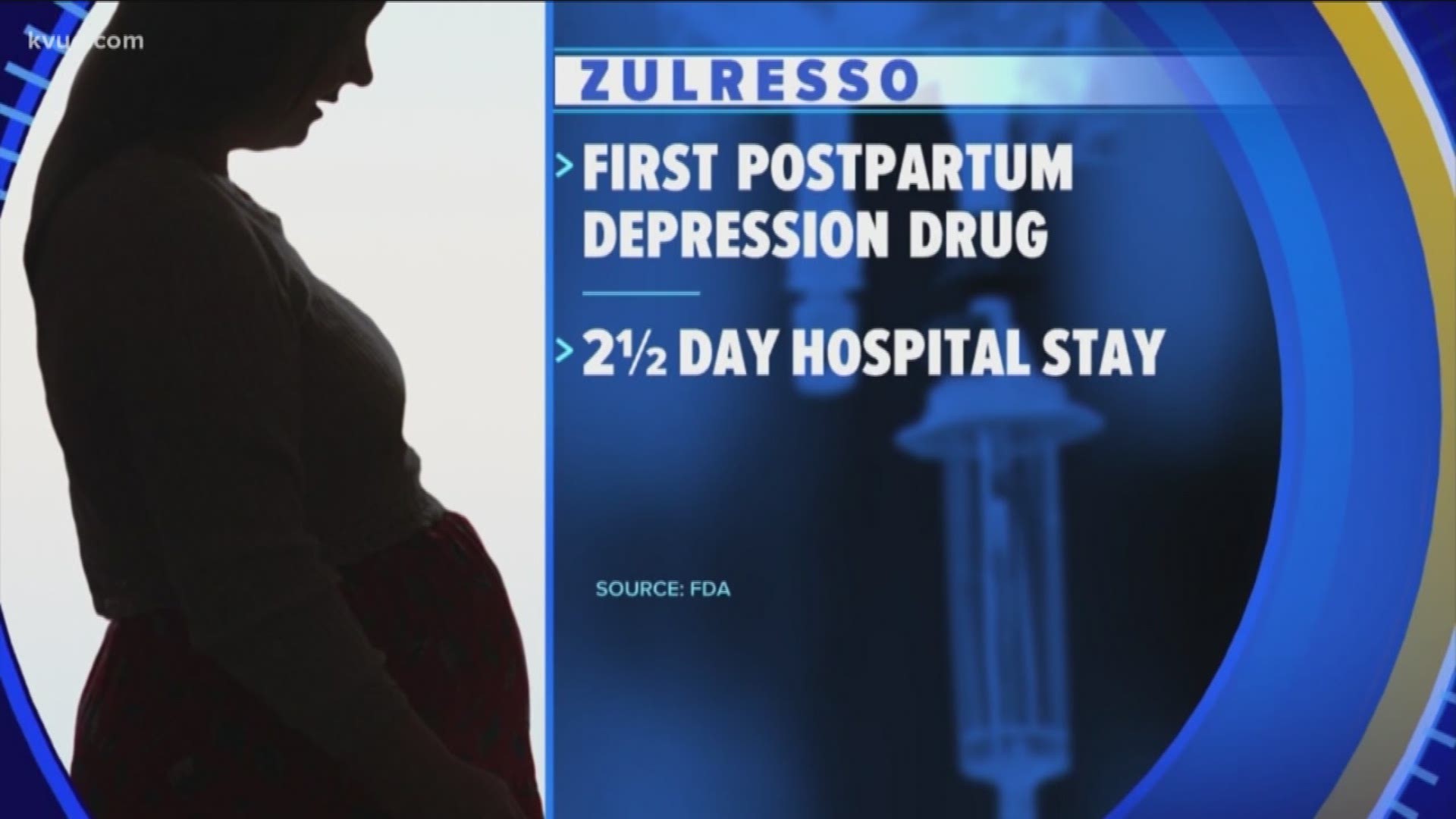 PFLUGERVILLE, Texas — The first FDA-approved postpartum depression treatment hits the market next month – and KVUE spoke to one of the first women to receive the IV treatment outside of the clinical trials.

Pflugerville mom Alaina Lander was chosen to receive the treatment through her psychiatrist, a doctor at Dell Medical School at the University of Texas at Austin.

Lander did the 60-hour IV treatment at the iKare clinic in San Antonio just over a week ago.

It was her last hope, Lander said, after battling postpartum depression (PPD) following the birth of her daughter, Lucy.

She had previously suffered from PPD after the birth of her two-year-old son. So when she became pregnant with her daughter, she started preemptively taking measures to try and avoid or manage PPD.

"This time when I got pregnant, I was going to do everything I could to make sure it didn't happen again," Lander said. "I saw a psychiatrist through my whole pregnancy, and I went to my therapist every few weeks and I prepared."

She also stayed on her antidepressants.

Initially after her daughter was born, Lander felt like she was doing fairly well.

"I thought, 'Thank goodness, I did everything right this time and it's going to be okay,'" Lander said.

But a few months ago, the PPD hit even harder than it had with her son. She tried changing medications and continued therapy, but nothing seemed to work.

"I feel like I had exhausted everything. Everything they tell you to do for postpartum depression I had done, and it was like I was at the end of the line," Lander said.

Then came a sliver of hope.

Lander's psychiatrist told her she could be one of the first women in the country to try the groundbreaking postpartum depression drug Zulresso at a clinic in San Antonio.

"They had just received the drug and gone through the training to administer it, so they hadn't tried it out on anybody yet besides the drug trials," Lander said.

"I was at the lowest point of my life, absolute rock bottom when I agreed to go out of town for three days and sit in a room hooked up to an IV. I figured 'What do I have to lose? I already lost myself,'" Lander wrote in a Facebook post.

The treatment, which costs $34,000, would be free for Lander as "compassionate use" and administered over three days at the clinic.

"I didn't think there was any difference, initially, and I got really upset about it. I was like, 'I just went through three days of doing this, I needed a miracle. What is going on?' By about day two, though, two days out from the treatment, I started feeling a lot better. I woke up and I was like, 'Something's different. I don't feel like I have a big black cloud hanging over me,'" Lander said.

Then, she said she started to feel better with each day that passed.

Now, one week out from the treatment:

"I feel like my prayers have been answered," Lander said. "It's so relieving to feel like I have a hold of my life again."

"I finally got the treatment I deserved, and I feel the way I deserve and my kids have the mom they deserve," Lander said.