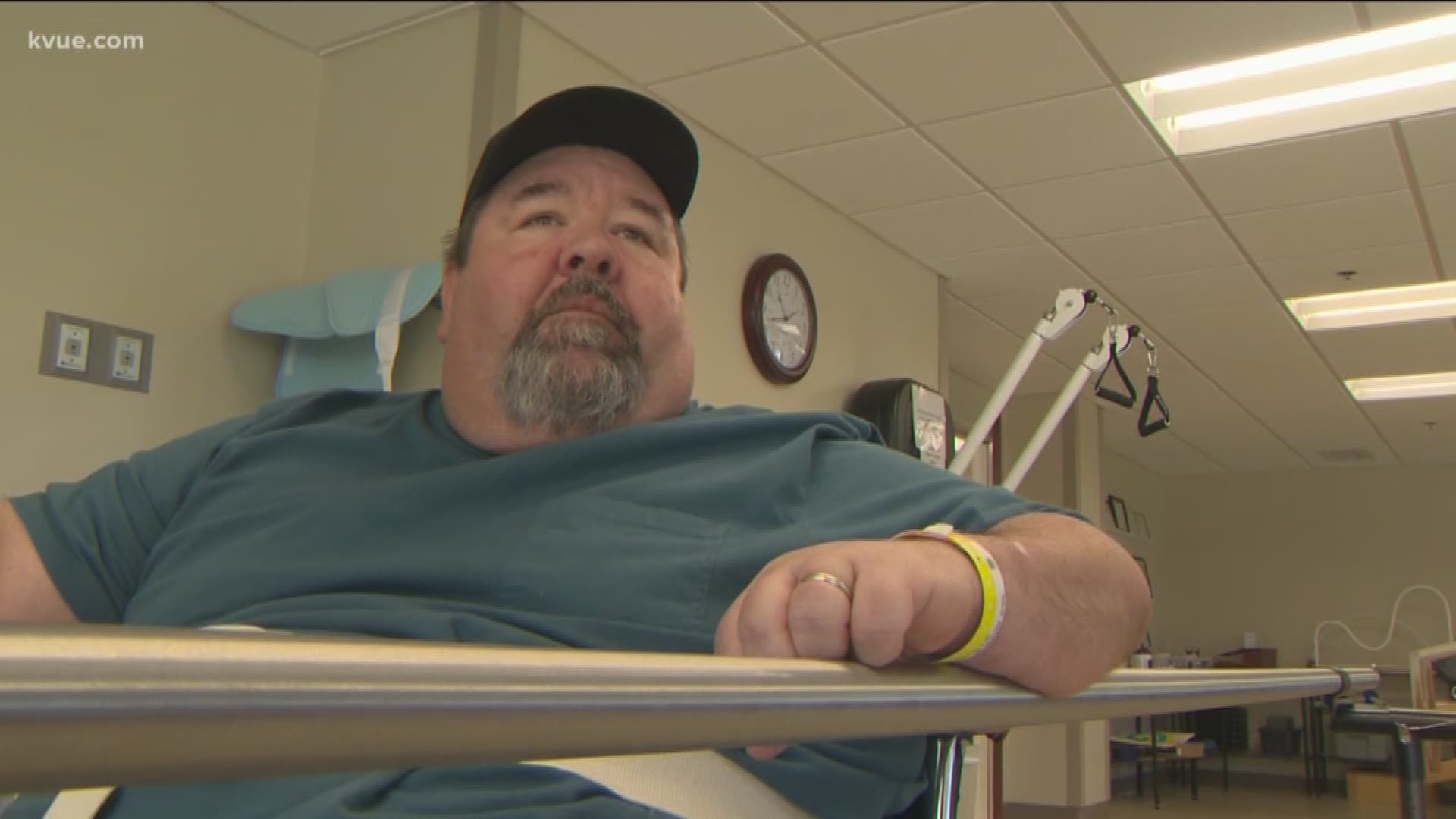 Monday was his first day of rehabilitation and Siler invited KVUE's Jenni Lee to join him. As everyone met in one of St. David's Rehab Hospital's rooms, he talked about how he couldn't wait to start rehab and get out his wheelchair.

"I feel like the longer I sit here, the harder it's going to be," he said.

To say he's eager is an understatement.

His wife, Melissa Siler, feels what he doesn't.

"You know, a little nervous. We've been told from the beginning that falling is part of the learning process so it's not a matter of if, it's a matter of when," she said.

But before he could try to walk, Robbie's physical therapist, Kelly Wright, had to help him stand.

He did – and after a few adjustments on his gait belt, he was ready to walk. He did it on his first try.

"I'm amazed at how far he's come. I'm super proud of him," she said. "He's worked really hard and he's exceeded all of our expectations."

"It wasn't good. I shouldn't be here," Siler said.

But he is. And he's determined to recover.

"When I got here, I couldn't even brush my teeth or feed myself in my first time here in rehab. And look at me now, I'm up walking," he said.

And even though he misses the little things, "being able to open the door for your wife, going into a restaurant," is what he's thankful for.

Robbie plans to get his life back. He's even planning to do the one thing most of us probably wouldn't after what he's been through.

He will be doing in-patient physical therapy at St. David's Rehab Hospital for two weeks, every day for two hours. He is also undergoing occupational therapy.

WATCH: Doctor warns of flesh-eating bacteria symptoms and who's at risk