Robbie Siler of Hutto survived a scare with vibrio after a fishing trip to Baffin Bay. 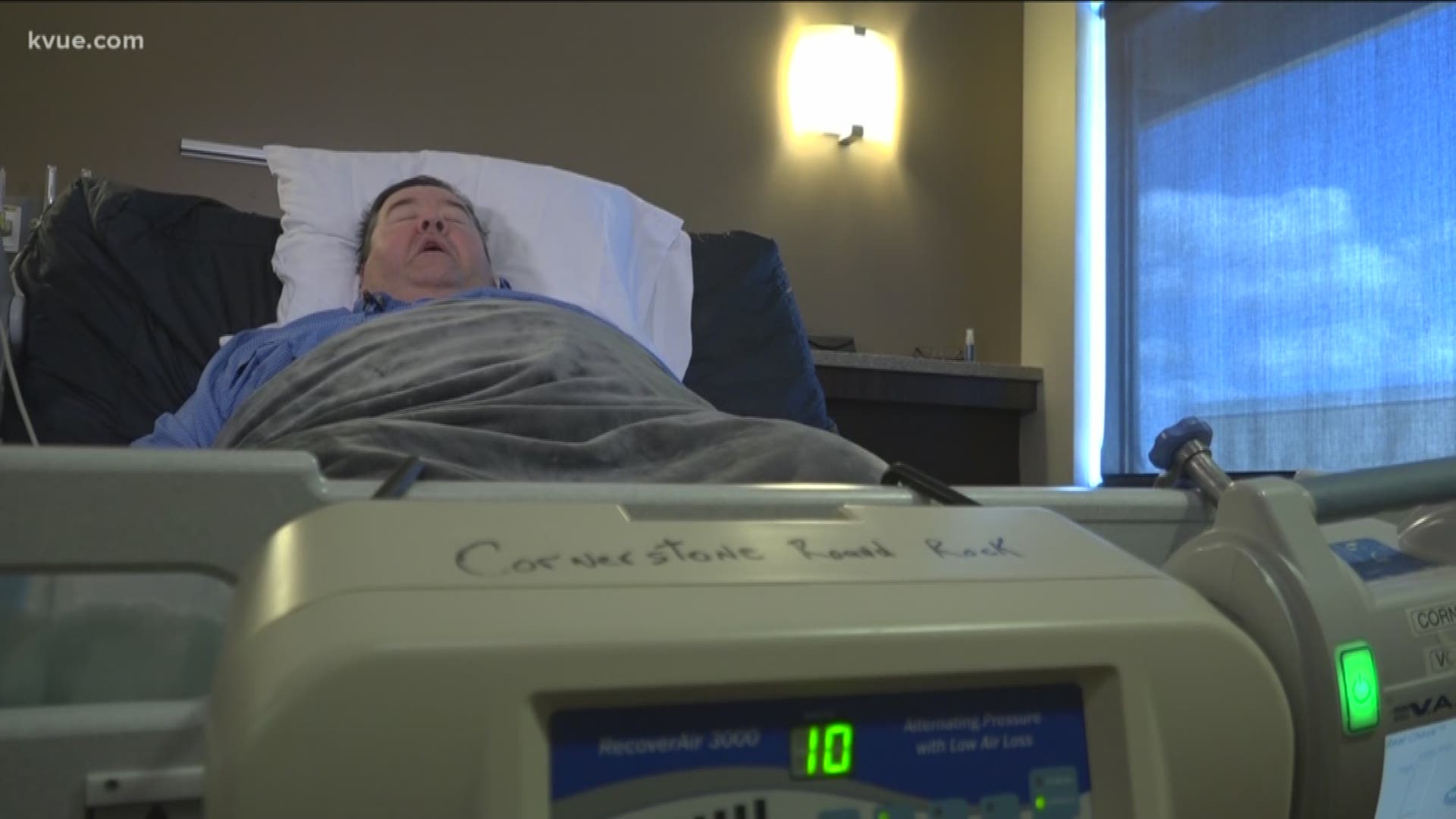 AUSTIN, Texas — It is still touch-and-go for 50-year-old Robbie Siler.

The Hutto resident remains in the Cornerstone Hospital in Round Rock, recovering from vibrio, otherwise known as flesh-eating bacteria.

He considers himself lucky to be around for his family. His wife, Melissa Siler, calls him a miracle.

KVUE's Jenni Lee and Konner Barrick visited the family at Cornerstone. From inside the hospital room, Robbie Siler laughed when he talked about all the fish he caught during the fishing trip on Father's Day weekend.

The same weekend he contracted vibrio.

"And we did catch a lot of fish that day," Siler recalled.

It wasn't all bad memories.

The avid fisherman waded into Baffin Bay in South Texas, as he did many times before – along with his son, Duston, and friends.

"We're in the water for maybe 10 minutes and got back in the boat," said Duston Siler.

Later that day, the group came back home.

On Sunday, June 16, Robbie was in the hospital.

"Less than two days later is when we were in the hospital," remembered Duston.

The last thing Robbie remembers is going to sleep.

"I laid down, went to sleep and that's where things really fell apart," said Robbie.

"He woke me up in the middle of the night saying, 'I'm having trouble breathing,'" she said.

"I didn't have time to really be afraid or process what was going on," she said.

"When he went into ICU, his whole leg was black-and-blue bruised and the skin was kind of bubbly," Duston added.

Then his organs started to fail.

"We heard on the intercom 'code blue,' which I guess his heart stopped or he stopped breathing," said Duston.

Duston thought the end was near.

"You know, the doctor told me he's very unstable and we're very worried about him. My whole life was kind of just flashing between my eyes," he said.

But after two weeks in the ICU, Robbie survived.

Doctors, however, had to amputate his left leg above the knee. That's something Melissa had to tell her own husband on July 4.

"He was asking, 'I want to stand up, when can I stand up,'" Melissa recalled.

Robbie took it well. Although, he said it's something he hasn't, understandably, processed.

"Losing a limb is probably one of the more difficult things a person can go through," he said.

The Silers don't know when Robbie will be released from the hospital, but he promised that he will fish and hunt again.

Below is an interactive map that allows people to check latest bacteria levels at Texas beaches. You can zoom in to specific beaches, click on the marker and see the levels. You can also click on “show details” and see more, including the date the bacteria level was checked.

Texas Beachwatch
The Texas coast has plentiful natural resources with over 367 miles of gulf shoreline and 3,300 miles of bay shoreline. Our coastal communities interest travelers for swimming and sunning, fishing, beachcombing, birding or simply sight-seeing. The Texas coast has something for everyone.