According to the CDC, influenza activity remains high across the U.S., with another 1,700 flu cases reported in Texas in late December and early January. 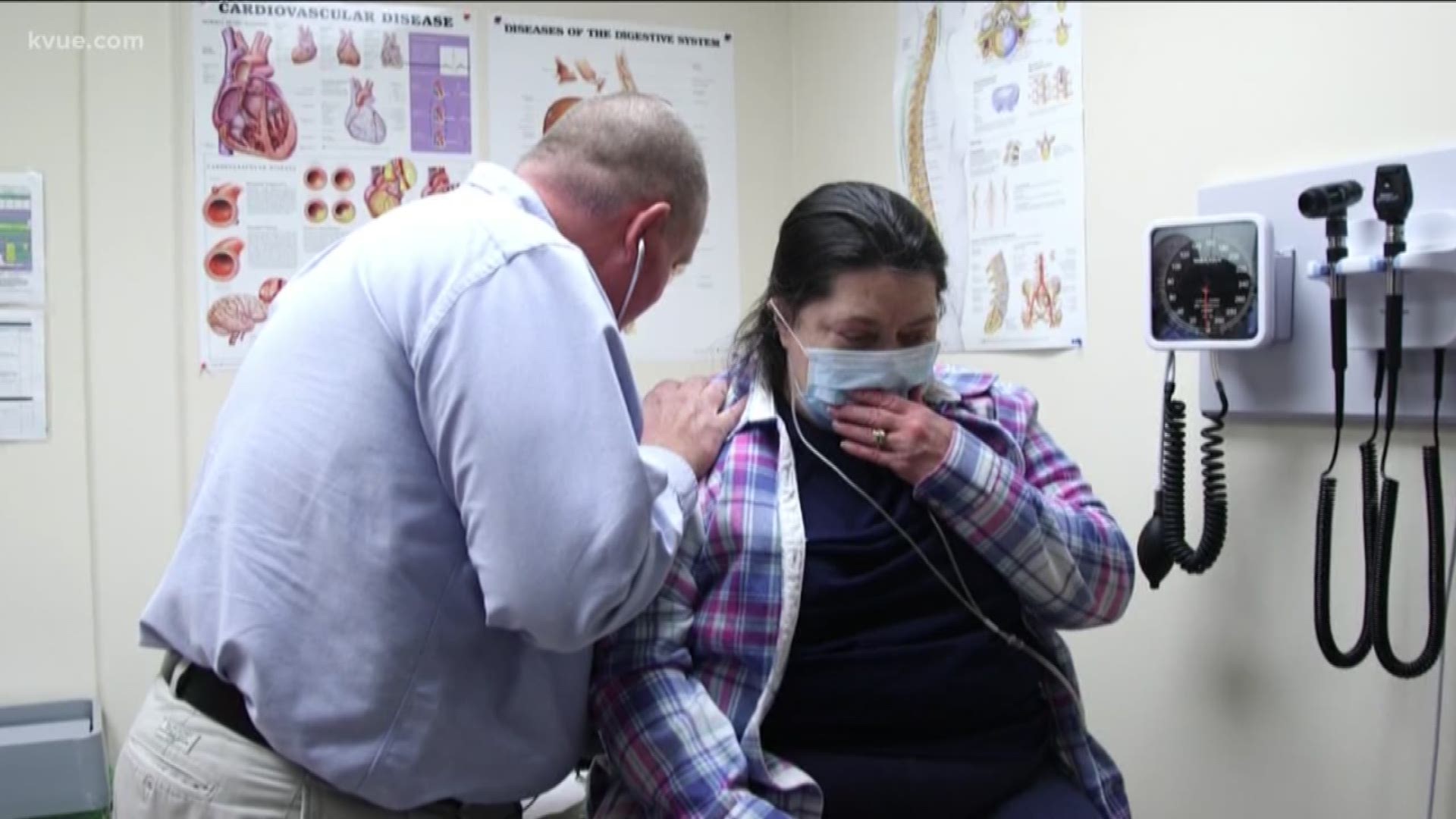 AUSTIN, Texas — Health officials are urging people to get the flu shot in the midst of an intense flu season.

According to the Centers for Disease Control and Prevention (CDC), Influenza activity remains high across the U.S., with another 1,700 flu cases reported in Texas between Dec. 29 and Jan. 4.

Dr. Devry Anderson, the associate chief medical officer at St. David's South Medical Center, said this season's flu – both strains A and B – is more widespread compared to last year.

"We are seeing people who have symptoms of the flu and of the allergy symptoms related to cedar fever, so they are all coming together for treatment at the same time," Anderson said.

To avoid this, Anderson recommends that people ages 2 to 64 get the flu shot.

Do not wait until it's too late.

"I think it's not on your mind until you actually get or feel ill, and the flu presents abruptly. You’re fine one day and then literally you spike a fever, you fill ill, malaise, can't work, can't function," he said.

Health officials say the flu season is peaking early this year. It's not too late to get a flu shot

"Antivirals can be given for the flu and are the most effective if you get them on board in the first 48 hours of your flu symptoms, so it's very critical," he said.

To save time and money, Anderson said it is not always necessary to go to the emergency department for the flu.

"The emergency department is certainly an option but not always the best option if you are not as ill," he said.

Instead, seek attention from a local urgent care that can also prescribe antibiotics and knock out the symptoms.

WATCH: Fighting the Flu: Steps you should take to protect yourself

Friend: Denton woman kicked boyfriend out hours before she was shot and killed