EMS wants everyone to know CPR 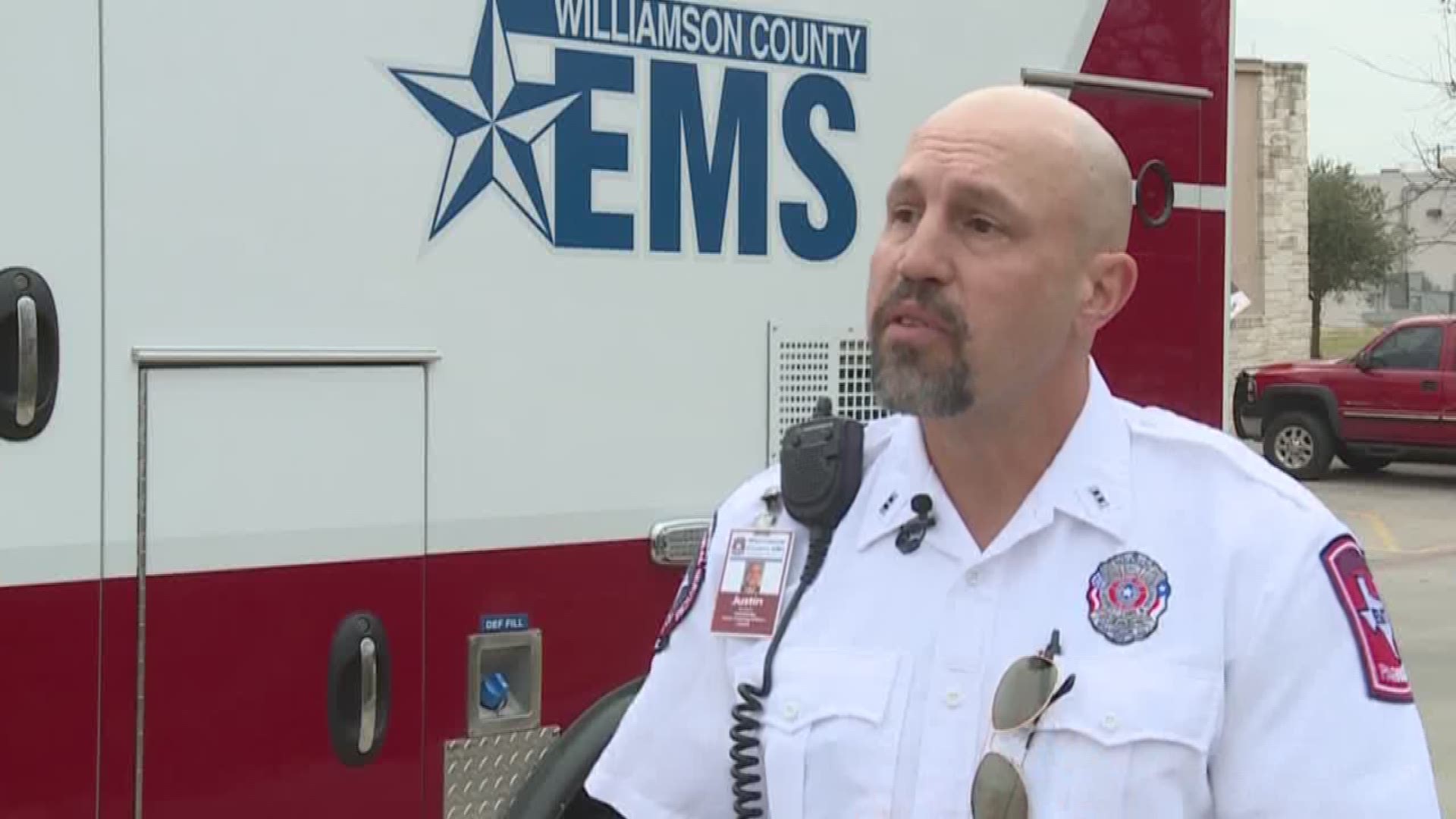 Jesse Sanchez works out at the Anytime Fitness in Leander regularly. But a few weeks ago, the workout wasn’t so regular.

"He was here and he was just running, running on the treadmill, I was back over here on the weights,” said Sanchez as he showed KVUE where he was when he heard his fellow gym member fall off the treadmill.

"It's kind of weird, I don't remember going to the gym, I woke up in ICU,” said gym member Sylvain Beaudin.

Sanchez started CPR compressions and used the defibrillator in the gym until Beaudin regained a pulse.

"The folks that were in here exercising, everyday citizens are the ones that brought me back,” said Beaudin.

Sophie Roberts was one of the Williamson County paramedics who responded, and said that quick action from a stranger was critical.

"That immediate CPR makes a difference between life and death,” said Roberts.

She said as soon as someone loses their pulse, it's important to start compressions.

It's a skill Williamson County EMS wants everyone to know, so they can help, no matter where they are.

"Everyone's chances are going to be much better if everyone knows how to do this,” said paramedic Justin Hurzeler, who also responded to the call. "You have a very limited amount of time before organs start dying in the body at that time, so if somebody steps in immediately and starts doing compressions, even if that patient is not breathing, even if their heart is not beating on its own accord you're still pumping blood to the patient's body by doing that, so of course it's going to exponentially increase their chances of coming back from that."

Sanchez went through a CPR training awhile ago.

"But I've never really had to use it," said Sanchez.

He realized the importance of the skill when the paramedics got there.

"They came and shook my hand and said 'hey thanks, you probably saved this man's life,'" said Sanchez.

Now he encourages others to do it too.

"If it wasn't for that kind of training, you're just standing around, waiting for the professionals to get here, and I would just feel helpless,” said Sanchez.

"These folks brought me back, I've got kids that still have a dad, a gradaughter that still has a granddad, a wife who I get to nag for another 25 years,” said Beaudin.

Now Beaudin is healing. He wrote a message on the gym’s inspiration board.

"Thank you for saved my life on 21 of December, I'm forever grateful,” said Beaudin.

Now he wants to brush up on his CPR skills.

"Someday it could be me having to pay this forward and I need to be prepared,” said Beaudin.

But he hopes, he never needs it.

If you want to learn CPR, we have a video on how to do Compression-Only CPR here. You can find a class here.