An estimated 70 million people around the world live with dysautonomia. Maybe it's dragging you down. 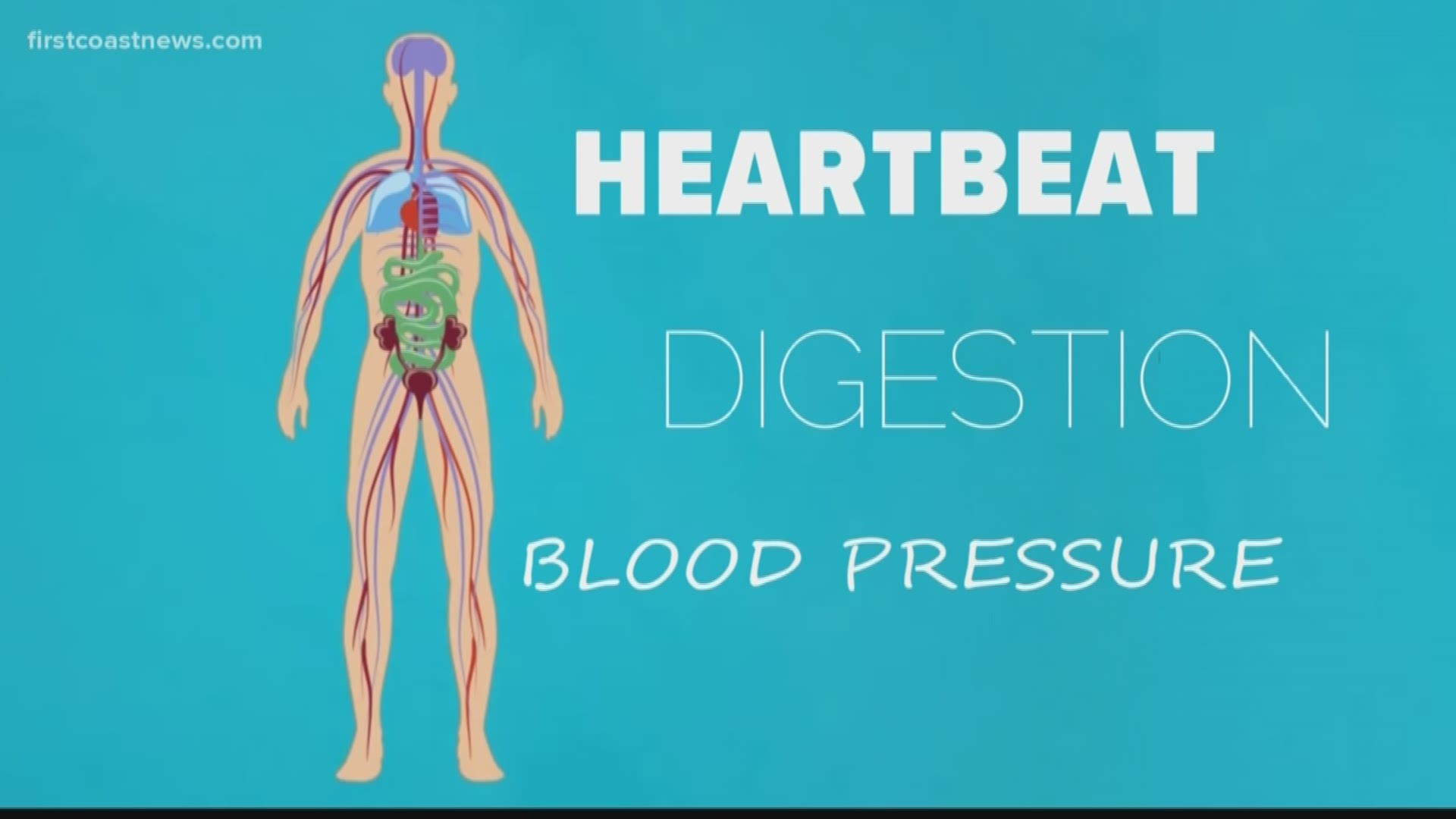 JACKSONVILLE, Fla. — About 70 million people worldwide live with a condition called dysautonomia, but too often it goes undiagnosed.

"It's the most common condition you've never heard of," Lauren Stiles, President of Dysautonomia International said.

And maybe it's what is dragging you down, she says.

On average, it takes patients nearly five years to be diagnosed. Why so long? Stiles says it's possibly from the lack of awareness, not just among the general population, but also among doctors.

Who gets dysautonomia?  Most patients are female, by a 5-to-1 ratio. It often begins in the teenage years but can happen to anyone at any time.

One person with it is Tori Foles, the wife of an NFL Jaguars' quarterback, and Summer Dashe, anchor at WPDE-TV in Myrtle Beach.

"I couldn't tell if I was about to throw up or pass out," Dashe said, "so I would literally crawl to the bathroom."

Foles says she was a college athlete playing volleyball and running 15 to 20 miles a week. Then terrible fatigue and fainting spells hit her.

"It was very frustrating, especially when your doctor tells you you're either crazy or you have a virus," she said.

According to Dysautonomia International and doctors in the field, it's an umbrella term that describes several conditions, which cause the Autonomic Nervous System to malfunction.

Dysautonomia is associated with symptoms such as lightheadedness, an abnormally fast heartbeat when standing up, shortness of breath, chest pain, profound fatigue, gastrointestinal dysmotility and much more. These symptoms are due to a malfunction of the autonomic nervous system in people who have postural orthostatic tachycardia syndrome [POTS], a type of dysautonomia.

"Your Autonomic Nervous System is in charge of all the things you don't have to think about," Dr. Miguel Trevino, an expert on the condition, explained. Trevino's medical practice is in Clearwater, Fla.

Those things include your blood pressure, heartbeat, digestion and how hot or cold you feel.

Trevino says the most disabling type of dysautonomia is POTS. He says patients with POTS often have trouble keeping up with school or a job.

"This is very disabling," he said, because "basically they can't stand up without feeling terrible."

According to Dysautonomia International, the current diagnosis for POTS is when your heart rate increases 30 beats per minute or more within the first 10 minutes of standing up for an adult patient. It can be diagnosed with what's called a tilt table test.

Both Foles and Dashe have been diagnosed with POTS.

How they move forward:

Foles says she's learned to manage her condition with, among other changes, a deep dive into diet and nutrition. She shares her journey, recipes and advice on a blog called, "Healing As We Go."  You can also follow Foles on her Instagram page.

Support, Foles says, is "huge." She says having people around you who understand and believe "you're telling the truth and that you're not faking it or exaggerating is huge."

And more awareness is popping up around the world, including public sites, such as Niagara Falls, going turquoise, the color of the fight against Dysautonomia.

As for Dashe, she is seeing improvement with help from a program at Vanderbilt. She can now do some swimming and manage her condition with this goal: "I wanted my life back."

Dashe shared her journey recently in a television story, which is drawing response from all over the country.  You can watch it here:

Lots of information is available for you.  At first, it can be overwhelming.

Trevino said if you wind up at a doctor's appointment and you are trying to figure out if you have dysautonomia, ask your doctor, "Have you ever heard of dysautonomia? If so, do you work with patients with this condition?" If the answers are "no," you may want to locate another physician.

Since its launch in 2012, Dysautonomia International has raised over $4 million for research, education and support. The organization has partnered with autonomic experts at Mayo Clinic, Harvard University, Vanderbilt University, University of Texas Southwestern and many other institutions to advance the pace of research and provide educational programs for physicians and patients alike.

In Florida, Shannon Koplitz coordinates a popular support group, which is active online on Facebook and Instagram.  She is a dysautonomia patient herself willing to reply personally to your questions. Her email is sckoplitz@gmail.com.

If you'd like to reach First Coast News anchor, Jeannie Blaylock, about a journey with dysautonomia, you can email jblaylock@firstcoastnews.com

You can join the Foles family in raising awareness about POTS by sharing this news story, and join them in supporting research by donating to Dysautonomia International’s POTS Research Fund at CurePOTS.org.

POTS Summary Page What is POTS?