Dysautonomia affects 70 million people worldwide. Central Texans affected by it say they can't find help near home and have to travel for treatment. 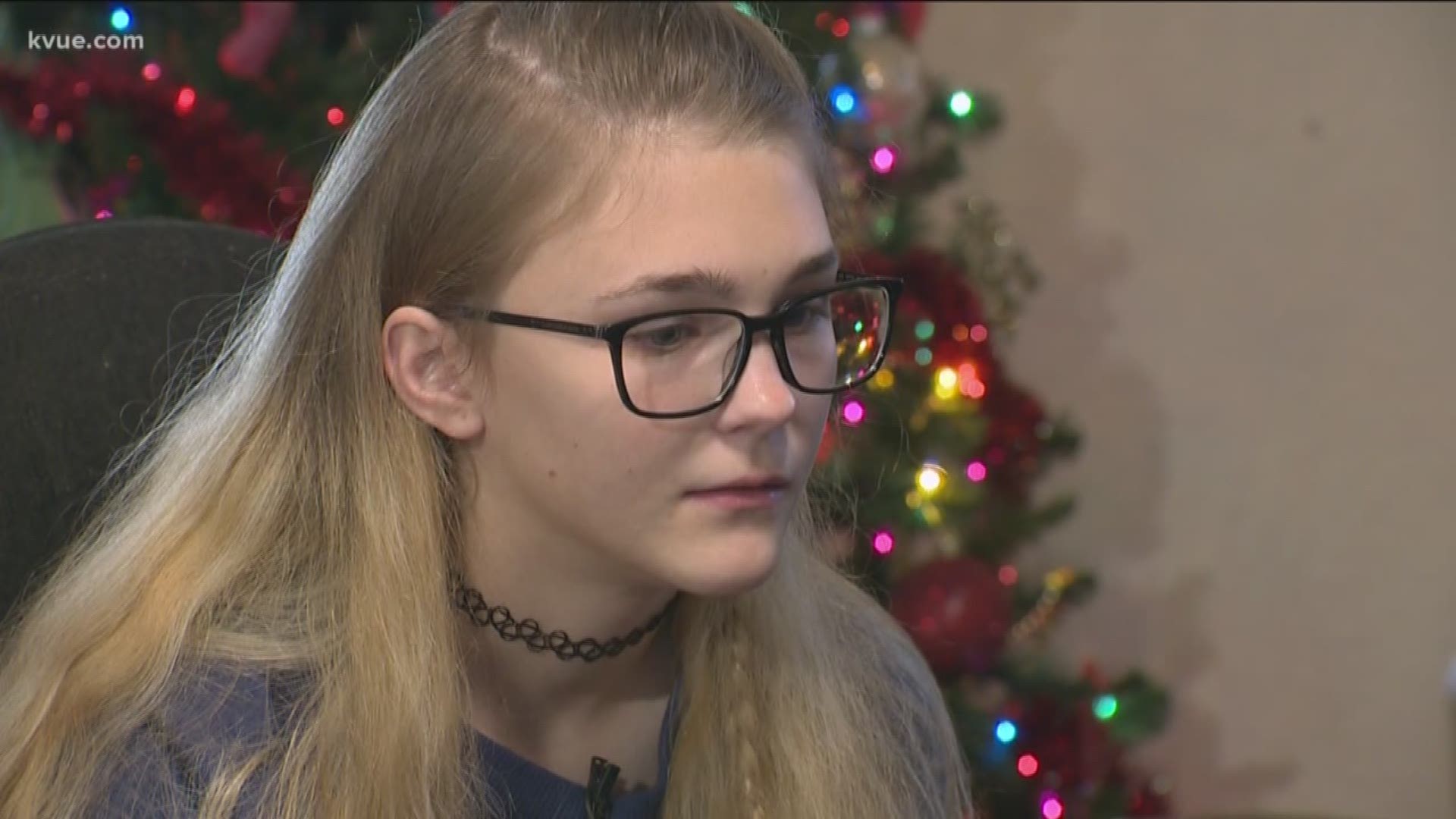 HUTTO, Texas — Some days, 13-year-old Hailey Smith wakes up when her Apple Watch warns her of a sustained heart rate of 50 beats per minute or lower. According to the American Heart Association, her resting heart rate should be between 70 and 100.

Smith started seeing her lowered resting heart rate spike to 208 beats per minute about three years ago. After suffering a seizure, she started having dizzy spells, vision loss and chest pains – all symptoms of Dysautonomia.

“It’s like someone is stabbing me in the chest," Smith said.

RELATED: Dysautonomia: 'Most common condition you've never heard of' is why you may feel lousy

Smith said after the seizure, she was in the nurse's office at her school almost every day.

“It was a phone call, every day, just to come pick her up or give her nausea medication so she could eat something," Kimberly Lloyd, Smith's mom, said. “The nurse didn’t even know what was wrong with her at that time. She just kept saying it was anxiety."

1 / 2
Kimberly Lloyd
Hailey Smith was diagnosed with Dysautonomia in January. She suffered from symptoms of the nervous system disorder for three years before being diagnosed.

Smith and her family decided home-schooling would be the best course of action. Smith was not diagnosed with Dysautonomia and Postural Orthostatic Tachycardiac Syndrome until January 2019.

The health condition affects 70 million people around the world, according to Dysautonomia International.

Lloyd and other families in the Austin-metro area said they can't find the help they need. Smith went to see 17 different doctors before being diagnosed with Dysautonomia. Both Smith and 33-year-old Gina Friedel said when they looked for treatment options, they found none. Smith now travels to Houston every six months for treatment while Friedel travels to Dallas.

“I’ve had symptoms since I was a teenager," Friedel said. "I would get up, try and walk across the room and collapse.”

Friedel was diagnosed with Dysautonomia three weeks ago. Her symptoms became more severe two years ago when she started having heart issues. As a result, she saw two cardiologists and multiple other specialists.

“I have seen at least six doctors trying to chase down a diagnosis over a couple of years," Friedel said. “When we did the tilt table test, you have to have an increase in heart rate of 30 beats per minute – mine went up 60 beats per minute.”

Friedel has seen her heart rate spike in the 170s before but tries to keep it as regulated as possible. Unfortunately, that comes at a cost.

“I can’t play with my kids as much as I want to anymore. I can’t run around with them," Friedel said. "I used to be very active – I used to be a hiker, I did sports in high school, I was a cheerleader.”

She added that doctors that she has seen have told her to simply manage her pain.

“There’s not much we can do besides diet, exercise, compression stockings, salt or manage it. Or basically what they say is, 'Learn to deal with it,'" Friedel said.

Both Smith and Friedel find themselves drinking a lot of water and consuming a lot of salt throughout any given day as part of their treatment. Friedel said she even carries around salty snacks and electrolyte-heavy drinks like Gatorade.