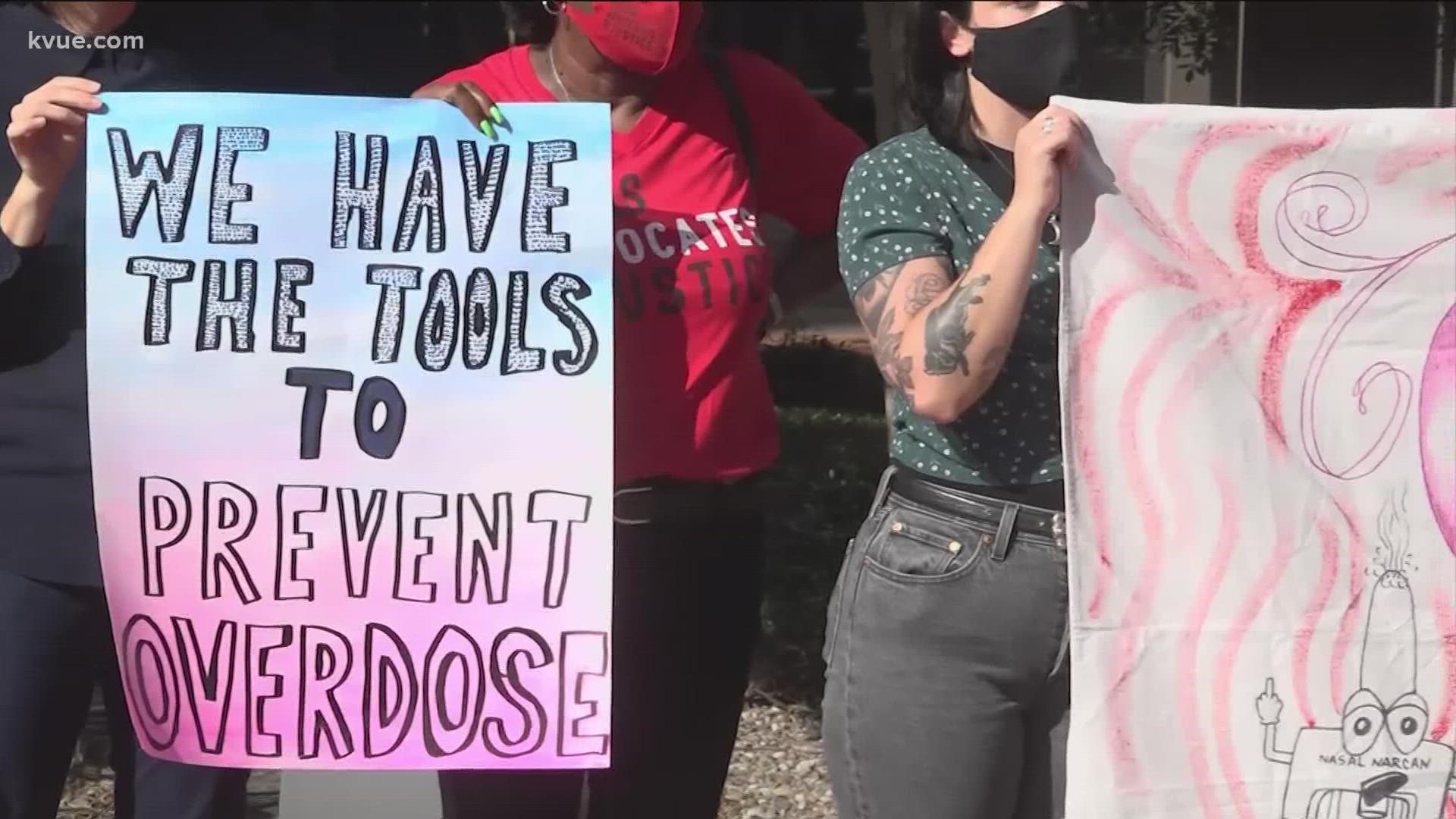 AUSTIN, Texas — The Texas Harm Reduction Alliance (THRA) and Texas Department of State Health Services (DSHS) have issued a correction in their reporting on overdose deaths in Travis County.

"The initial data file we received included totals that overcounted drug-related deaths because those who died with multiple drugs in their systems were reported in each drug category, rather than by person," the THRA wrote in a press release. "This was not indicated in the data set which included a total deaths line that featured duplicated death tallies. DSHS informed us that the agency could not produce a data set that shows how many people died in our community that includes details about the types of substances that contributed to their death without reporting the data in this misleading way."

"However, this also highlights a serious problem in our state: the lack of accurate data for drug-related deaths," the THRA said. "Without up-to-date and accurate numbers that can be compared across counties and that includes the types of substances contributing to individuals’ deaths, it makes it very difficult for us to plan effective and timely overdose prevention strategies."

Community groups including the THRA, Austin EMS Association and Grassroots Leadership held a press conference outside Travis County Commissioner's Court on Aug. 31 to bring awareness to what they are calling a public health crisis.

"You feel the helplessness that comes with being unable to ensure that people who may not be in your same boat, but for sure as hell are on the same rocky ocean, have a decent chance of making it to shore," said David Johnson with Grassroots Leadership.

Five years ago, Johnson was recovering from drug addiction. Since then, he has become an advocate for people struggling with addiction and says helping them still has a long way to go.

Austin EMS Association President Selena Xie explained that paramedics are seeing people who had not intended on using narcotics overdosing now too, and fentanyl-laced drugs are to blame.

“Our paramedics are seeing fentanyl lacing all other substances and overdoses even when people did not intend to use narcotics,” said Xie.

Someone dealing with a crisis who may have typically sought out meetings, group therapy and case management are having a difficult time finding those resources as these events got canceled or went virtual, according to Cate Graziani with Texas Harm Reduction Alliance.

She also worries local and state leaders are more focused on investing in police and jails, which she believes will only "exacerbate substance use disorders in our community."

On Tuesday, these community advocates pushed for local leaders in Austin-Travis County to declare the overdoes epidemic a "public health emergency."

They also urged leaders to provide more resources and support to people experiencing drug addiction, including:

"We came together this morning to say enough is enough. There are proven public health strategies that prevent overdose and we're not using them in our community," Graziani said.

Travis County's current criminal courts system also has dedicated courts that provide diversion programs to keep people out of the justice system and on the road to recovery, which also received more funding on the preliminary budget.