'I was devastated': Central Texas woman who delayed mammogram due to COVID-19 finds out she has stage one breast cancer

Nicki Krueger was supposed to get a mammogram in March but, because of COVID, she delayed it until July. After her appointment, doctors found two cancerous tumors. 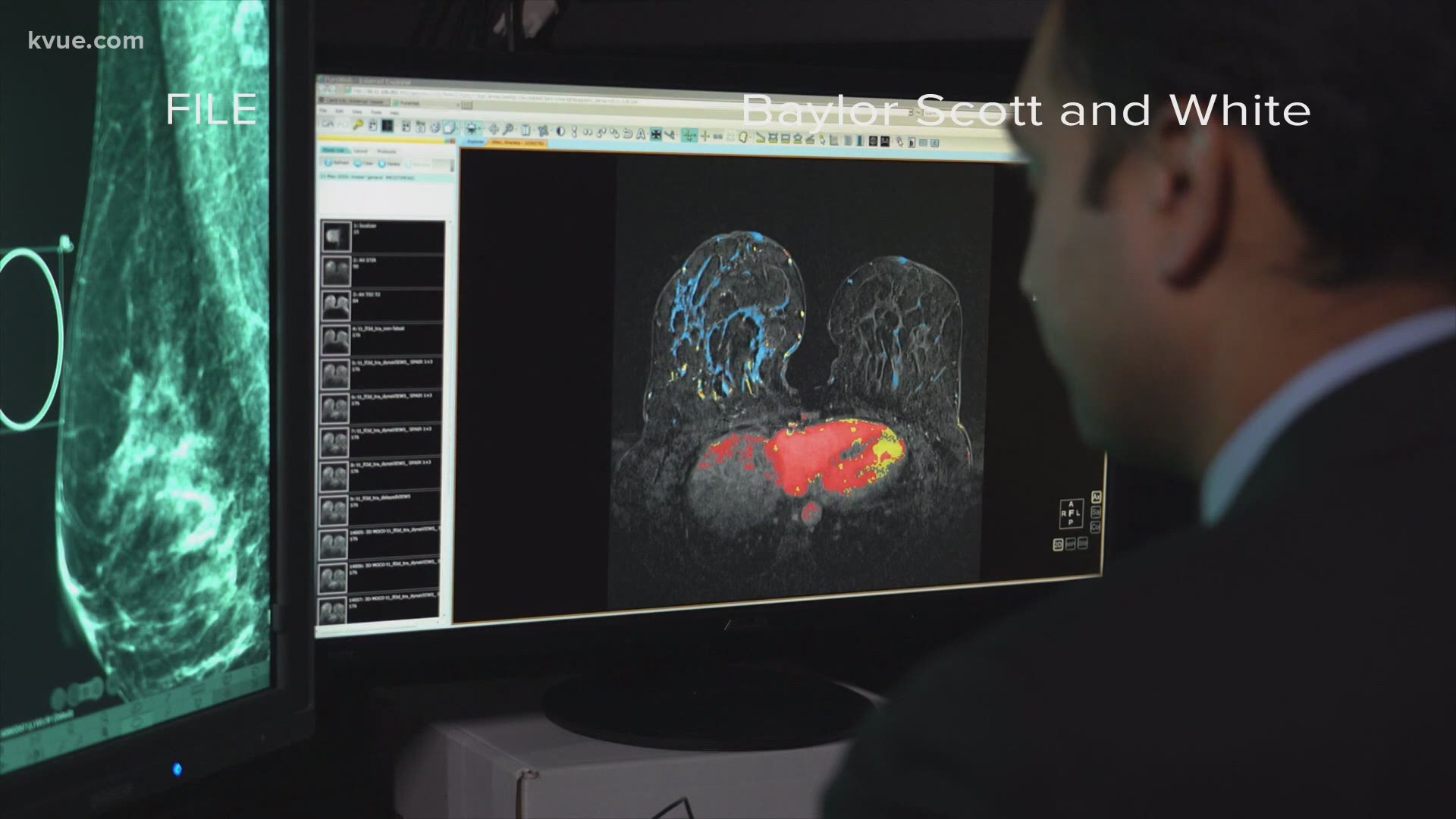 AUSTIN, Texas — Nicki Krueger said she gets a physical and a mammogram every year. Her 2020 mammogram appointment was scheduled for March; however, it was delayed due to COVID-19.

Krueger said she debated just waiting until 2021. Instead, she rescheduled the appointment for July.

After her appointment, doctors found two tumors, both cancerous.

"I was devastated," said Krueger. "I was really devastated. I honestly didn’t expect it, to tell you the truth. I just couldn’t even talk."

Dr. Christal Murray, a physician at Baylor Scott & White, said Krueger isn't the only one who has delayed her appointment. In fact, she said it's happening all over the world.

"Baylor Scott & White has identified about 6,000 women over the age of 40 in the Austin area alone that have delayed their mammograms," said Dr. Murray. "So there’s a lot of women out there that have not taken care of that, and we really want to encourage them to get that done, so if they have a breast cancer we can identify it and take care of it and cure that."

Murray said delaying mammograms can cause later detections, with potential for cancer to be at a more advanced stage. She said that can make treatment more difficult and lower the chance of curing it.

"I'm a prime example. I had never had any problems and then just this year, all of a sudden, there it was," said Krueger. "And I think about, well, had I waited another year and thought, 'Oh, I'll skip it this year,' how big it might have gotten and how it could have been really bad."

Kruger had surgery on Thursday. She said it went well.

Baylor Scott & White is holding a virtual breast cancer awareness seminar on Saturday. It starts at 10 a.m. If you'd like to register, click here.

HPD: Man shot in the face during road rage incident on US-59 at Highway 288