A Hutto man remains hospitalized after losing his leg to flesh-eating bacteria, and now doctors are sharing more about the symptoms. 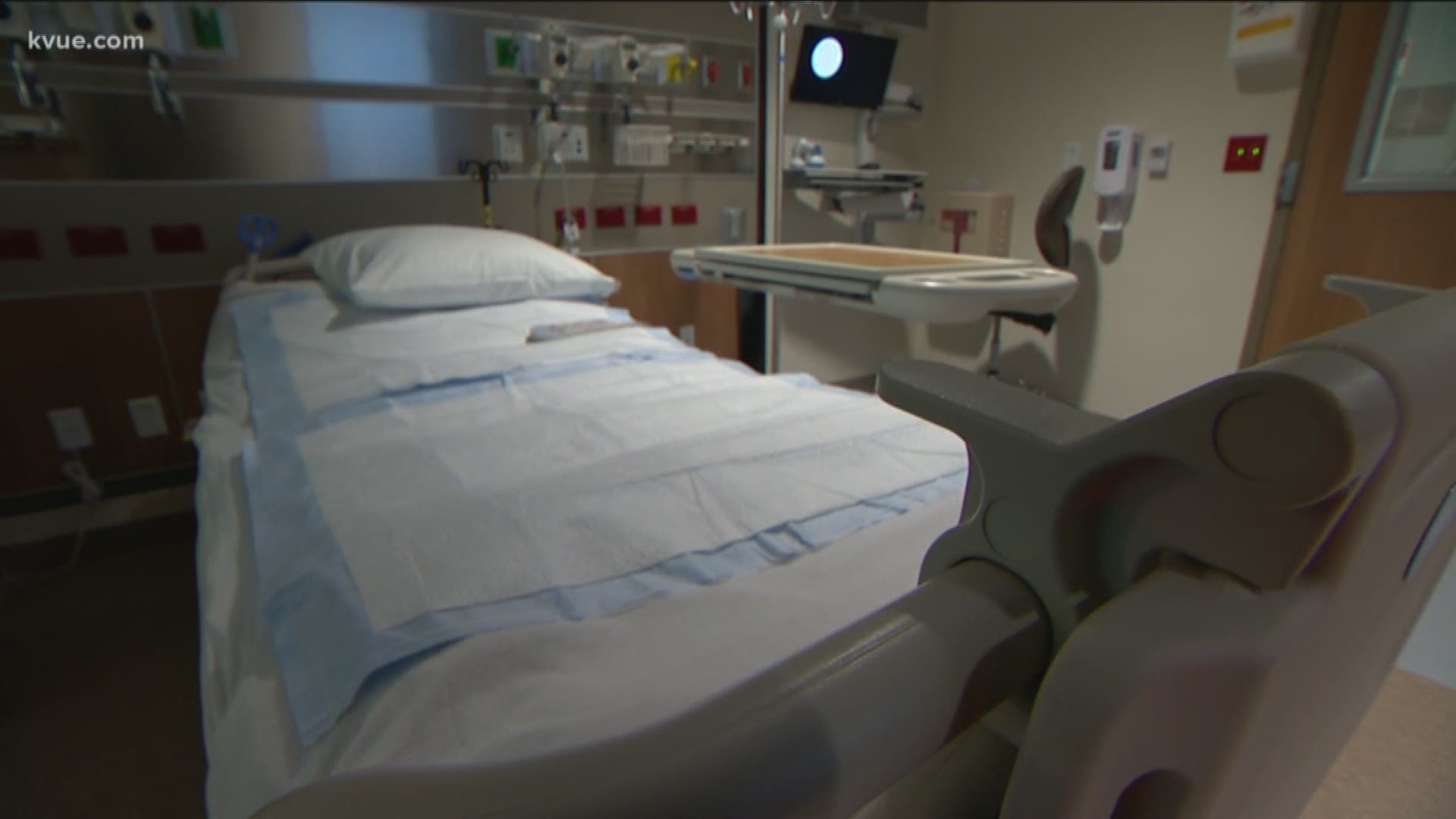 AUSTIN, Texas — From his hospital bed, Robbie Siler had a message for KVUE's Jenni Lee and Konner Barrick.

"I'm lucky to be sitting in this bed talking to ya'll, doing an interview," he said. "It's been a month and I'm still not out of the woods yet."

The 50-year-old Hutto man doesn't know when he will be released from Cornerstone Hospital after contracting vibrio during a fishing trip in Baffin Bay during Father's Day weekend.

He barely survived. Doctors had to amputate his left leg because he had a small cut that got infected with vibrio, or flesh-eating bacteria.

"I don't wish this on anybody," he said.

The past few weeks are ones his wife, Melissa, won't soon forget.

"We never asked the doctors what Robbie's prognosis was and they never offered it to us, and I think it was because his chances of surviving at that time were very low," said Melissa.

Dr. Naik works at the same hospital where Robbie was diagnosed, though he did not treat him. He said vibrio is more common now, during the warm summer months.

"This organism floats in the water," he said. "It's associated with oysters, which are there to filter the water."

He pointed out there are certain people who are more susceptible to the bacteria.

"So, typically, it's patients with diabetes, peripheral vascular disease, which means reduced blood flow to the limbs, anybody on immunosuppression medications causing you to be immunocompromised ... chronic liver disease also," said Dr. Naik.

He listed symptoms to watch out for.

"You start developing systemic symptoms like fever, chills anything that makes you feel poorly ... nausea, diarrhea – things like that."

And if you have a cut, you need to watch it carefully.

"Typically around the cut, you'll see some redness, you may see some drainage, but that area of redness grows very quickly," said the doctor. "That rate of growth is what is of most concern, that tells you that the bacteria is moving very quickly."