Officials said the requirement does not go against the governor's recent orders because "the judicial system is a separate branch of government." 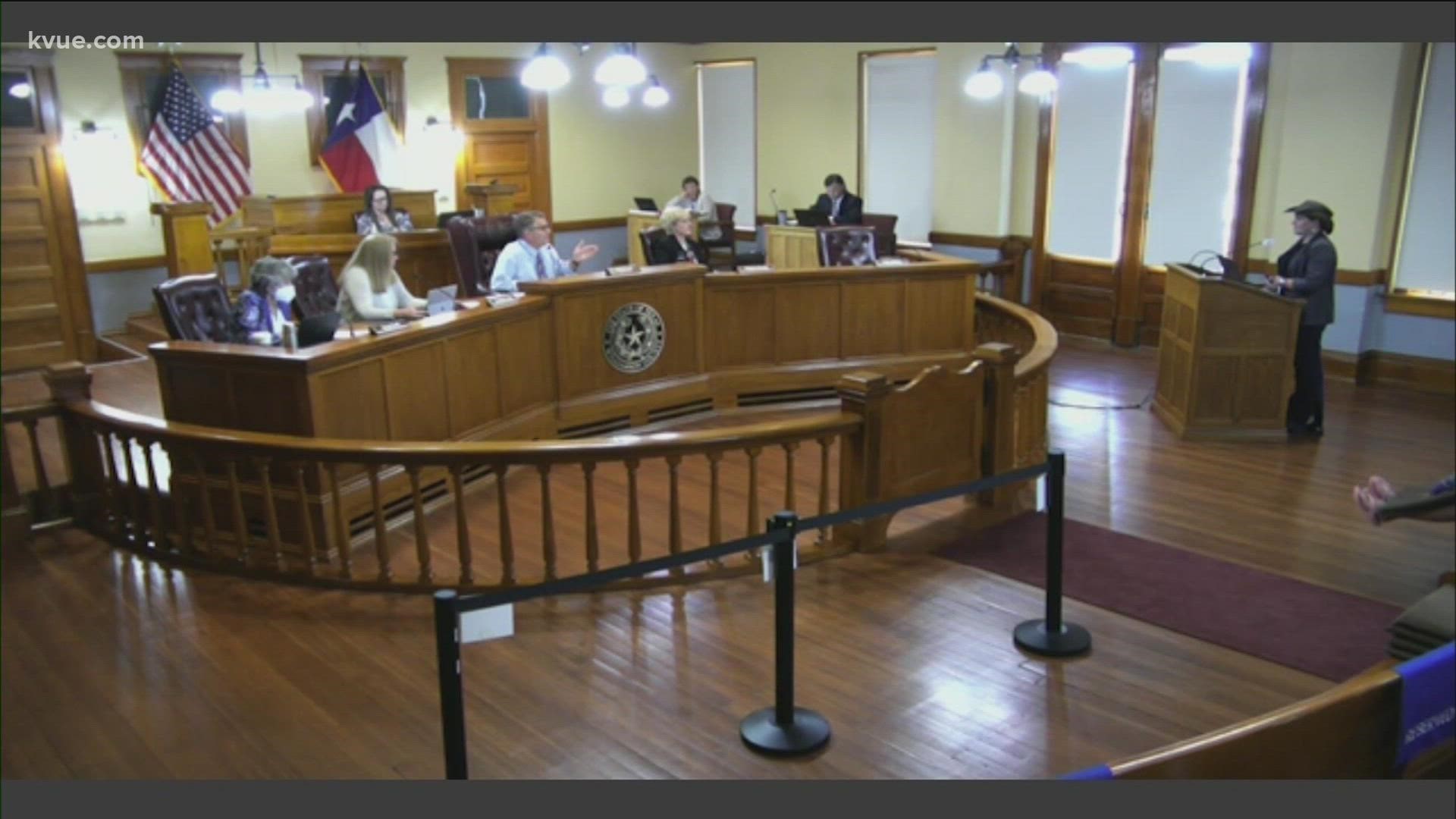 Judges have the discretion to remove the mask requirement for participants in their individual courtrooms. The action is part of the County's Fourth Revised COVID-19 Operating Plan for the justice center.

The County said the clarification was necessary because of the unique circumstance that the Williamson County Justice Center is a facility shared by multiple elected officials.

The County said the mask requirement for court proceedings is being undertaken on the recommendation of the local health authority and that Gov. Greg Abbott's recent orders regarding mask mandates have been taken into consideration.

"The Courts are unique in that the judicial system is a separate branch of government. The Supreme Court of Texas has general responsibility for the efficient administration of the Texas judicial system and the authority to make rules of administration applicable to the courts," a County press release sent on Tuesday stated. "The Office of Court Administration has specifically determined that previously issued executive orders do not alter the Supreme Court’s emergency order, the ability of a judge to control his or her courtroom, or judiciary-imposed requirements for those entering a court building who will be attending a court proceeding."

The 40th Emergency Order issued by the Texas Supreme Court states that courts are “encouraged to adopt minimum standard health protocols for court participants and the public attending court proceedings that will be employed in the courtroom and in public areas of the court building."

In addition, Tuesday's press release stated that Texas Attorney General Ken Paxton issued an opinion that states that judges can require individuals in a courtroom to wear facial coverings "if necessary to maintain order and safety," and "courts may require any person entering the courthouse in which they preside to wear a facial covering while in the courthouse." Paxton's opinion was issued prior to the governor's latest orders.

However, given the Williamson County Justice Center has individuals enter it who are not attending a court proceeding, the County issued Wednesday's clarification. Other elected officials, such as county attorneys, district attorneys, county clerks and district clerks, can't require masks in their respective offices.

Throughout the pandemic, the courts in the Williamson County Justice Center have remained open and functional. Fourteen juries have been seated for trials since March 2021, with another jury scheduled to be selected later this week and another one next week.

“I am so proud of our court system and the more than 14,792 cases they have resolved since the pandemic began. Judges have the discretion to use the tools necessary to protect themselves, their staff and those who come into their courtroom in order to keep the justice system working. We trust our judges to make the best decisions in their courtrooms,” County Judge Bill Gravell said. “And to be clear, all other Williamson County offices are open, and masks are not required.”

The mask requirement will be revisited when the county's COVID-19 risk phase changes.