Texas Vaccine Updates' site says it should only be used as a last resort. But volunteers and developers are pitching in to help Texans know when a spot opens. 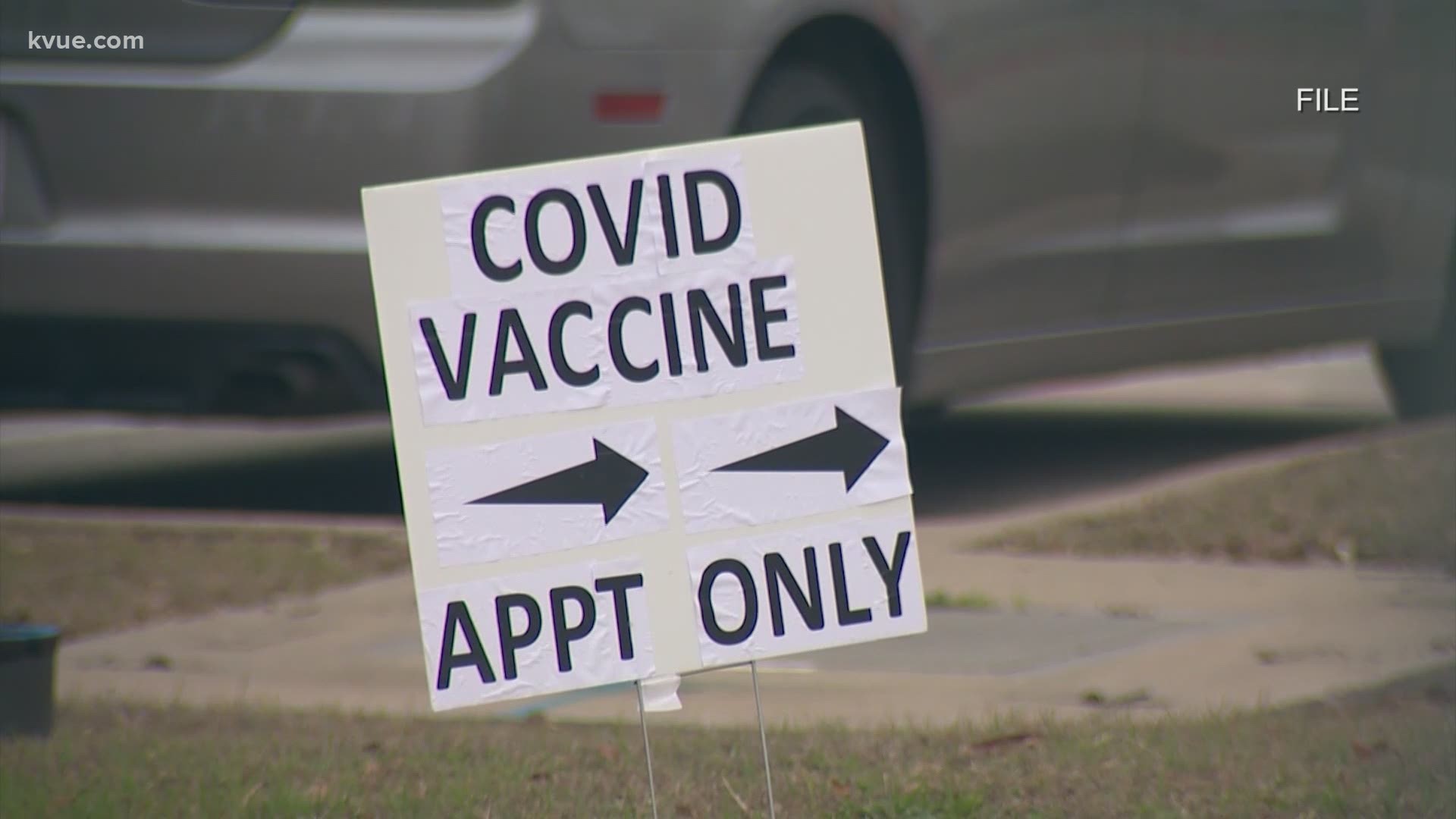 AUSTIN, Texas — Editor's note: As of April 3, this Slack channel was no longer active.

When James Kip, a software engineer, was laid off from his job in March 2020, he worked on several side projects as the months went by.

"Kind of like all the other ones that get abandoned after a couple of weeks," he said.

But his most recent project is taking off with the help of volunteers and other developers. And it all happened because of the COVID-19 pandemic, along with the issues around getting appointments for the vaccine.

The project, Texas Vaccine Updates, is based around a Slack workspace where volunteers help people who are eligible for the COVID-19 vaccine find appointments.

"The only reason I started it was to find vaccines for my parents," Kip told KVUE.

His parents, who are in their late 60s, struggled to find appointments to get a dose of the vaccine – something many Texans have reported struggling with.

"My father was spending literally hours every day ... One day, he said he spent about eight hours and called about 1,000, made about 1,000 phone calls to different pharmacies looking for a vaccine. So, that's when I was like, 'OK, we've got to figure something else out,'" Kip said.

Credit: James Kip
James Kip (left), the founder of Texas Vaccine Updates, sits with his mother, who recently was vaccinated for COVID-19.

That's when he decided to develop bots with JavaScript. He specifically developed what's known as a "web scraper," which is hosted on a server online that runs 24/7.

The bot essentially scans for vaccine appointments and as soon as it finds an opening, it automatically pings the corresponding channel in the Slack workspace. So, whoever is logged onto the workspace can help someone sign up for that time slot.

The Slack workspace has different channels for each brand or company offering vaccines. Channels include H-E-B, CVS Pharmacy, Wal-Mart, Walgreens and more.

A few days after first starting the project in late January, Kip said he was able to get his parents appointments for the vaccine.

"Then after that, I kind of opened it up to friends and family and it started ... I remember it got up to like 25 people and I was like, 'Oh wow, geez. That's a lot of people in here,'" he said. "But yeah, after that, it just started growing and we started seeing people actually getting appointments booked and it kind of snowballed from there. But it started out as just a small little project."

Once he realized he could help people through this system, he posted on the Austin subreddit page. That gave the project even more traction.

"Kind of the idea behind it – I know we're not making any vaccines, we're not making any appear out of nowhere. But what I think it's helping with is, before, people were spending hours calling different pharmacies or just going on different websites and literally hitting refresh all day until they see a spot pop up. So, that's kind of what I wanted to stop," he said.

Kip believes thousands of Texans have been helped through the project though they only recently started officially tracking how many appointments they have booked.

Between March 11 and March 15, Kip estimates the project helped around 300 people. As of Tuesday night, the Slack workspace has more than 17,000 members in the "#general" channel and it continues to grow.

Kip said that the volunteers and developer that have pitched in on the system have been very helpful.

"We've got a great group of people. I couldn't think of anything better to do with my time. So, it kind of works out for everybody," he said, adding, "It's really amazing to see. They really, you can tell they really want to help people and they really pay close attention and take care of them. So, yeah, if you're struggling, if you're having problems or if you just need information, you know, we're here for you."

Texas Vaccine Updates' website says to only submit a request for help as a last resort to help ensure the volunteers are only looking for appointments for those who need them the most.

You also have to confirm your eligibility before submitting a request. At this time, the project is only finding appointments for those in Texas' Phase 1A, 1B and 1C groups.

Recently, the project added a direct message system to the Slack workspace called "@Vaxxie." It's a chat-based bot that helps set up alerts based on location.

"So, you just talk to it. You say, 'Hey, Vaxxie, find me a vaccine 50 miles from this ZIP code' and Vaxxie will set up the searches for you. And as soon as you ... as soon as one of those criteria is met, it'll alert you no matter where the vaccine is at, which pharmacy it's at," Kip said. "And one of our developers that just joined the channel and started helping out built that."

"I really do hope that we don't have to use tools like this too much longer. I hope it becomes more of a centralized, streamlined process," Kipp said, adding, "You know, this is, this is great. And it's the best we can do right now. But I think we need something different."