Heart issues in young people, while rare, are occurring more than in the general population following COVID-19 vaccinations, according to the CDC. 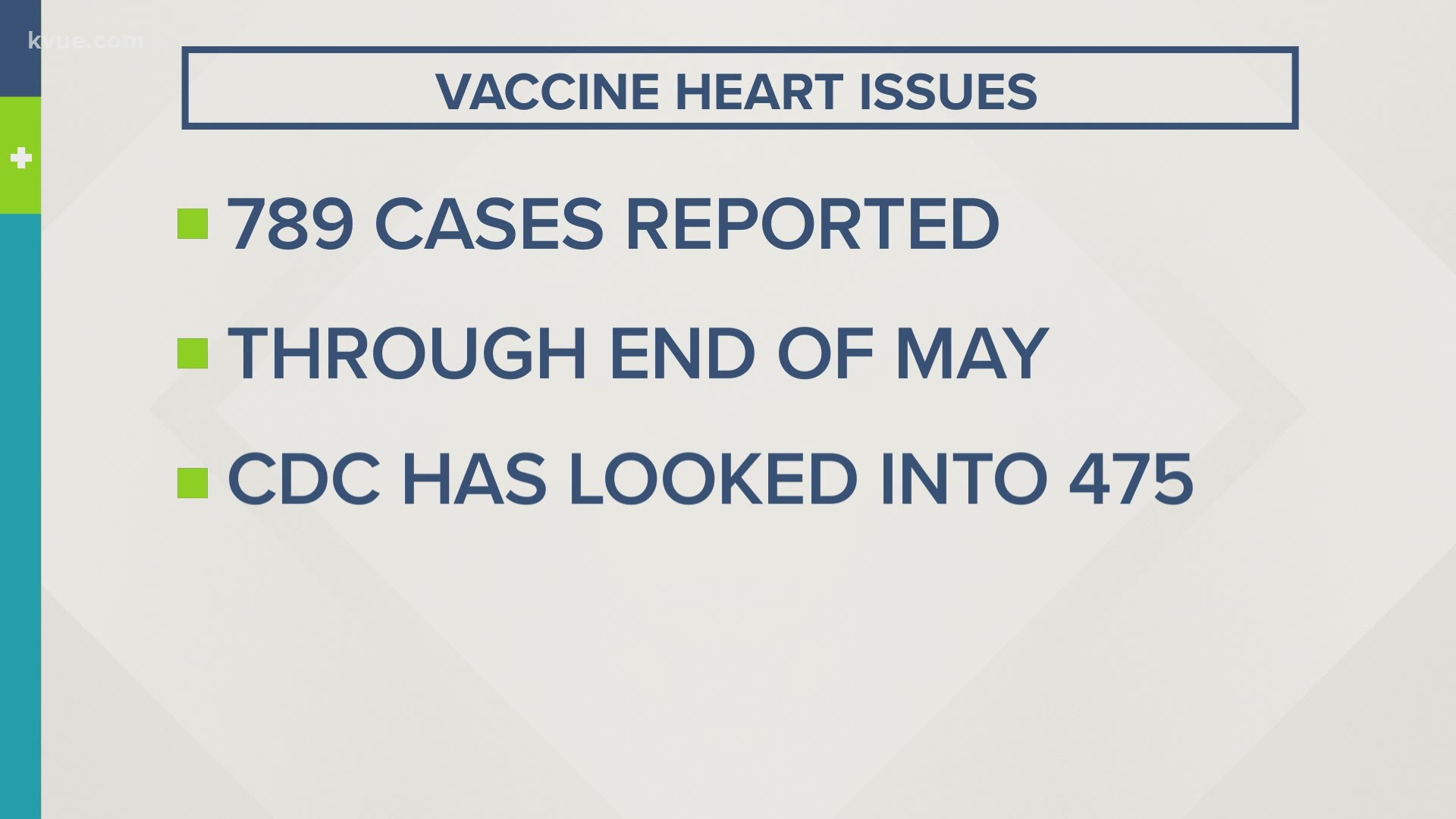 AUSTIN, Texas — The CDC continues to investigate the heart issues some have experienced after getting the COVID-19 vaccine.

Researchers continue to study young people because there is more evidence that while heart issues are rare, they are occurring more frequently in young people who received the mRNA vaccines from Moderna and Pfizer.

Here is a look at the numbers.

A total of 789 cases of myocarditis or heart issues have been reported to VAERS (Vaccine Adverse Events Reporting System), the system the CDC uses to track side effects from vaccines.

RELATED: Yes, there have been reports of heart inflammation in adolescents after COVID-19 vaccination, but cause not yet known

This information is based on reporting to that system through the end of May when the CDC reports that 12,169,692 people ages 12 to 24 had been vaccinated.

The CDC has looked into 475 of the reported myocarditis cases:

In the general population of 18 to 24-year-olds, the CDC expects to see between 8 and 83 cases of myocarditis per million. After the vaccine, the rate is 196 cases per million – about double.

Among 16 to 17-year-olds, the CDC expected to see 2 to 19 cases per million. After vaccination, the rate was 79 per million – about four times the normal rate.

So, yes, myocarditis following vaccination, particularly the second dose, continues to be higher than expected among the younger population.

The CDC is holding another meeting this Friday as they continue to look into this further and determine whether these vaccines should be approved for younger children.

There are a couple of things to remember. Research shows these heart issues tend to involve boys (140 after the first dose, 455 after the second) more than girls (73 following the first dose, 113 after the second) and the symptoms of chest pain and tightness in the chest tend to show up within three days of being vaccinated. So, it is important that if your child experiences any of these symptoms, you take them to a doctor.