On Monday, Hays County Judge Ruben Becerra provided an update on vaccine allocation and distribution through the county's health department. 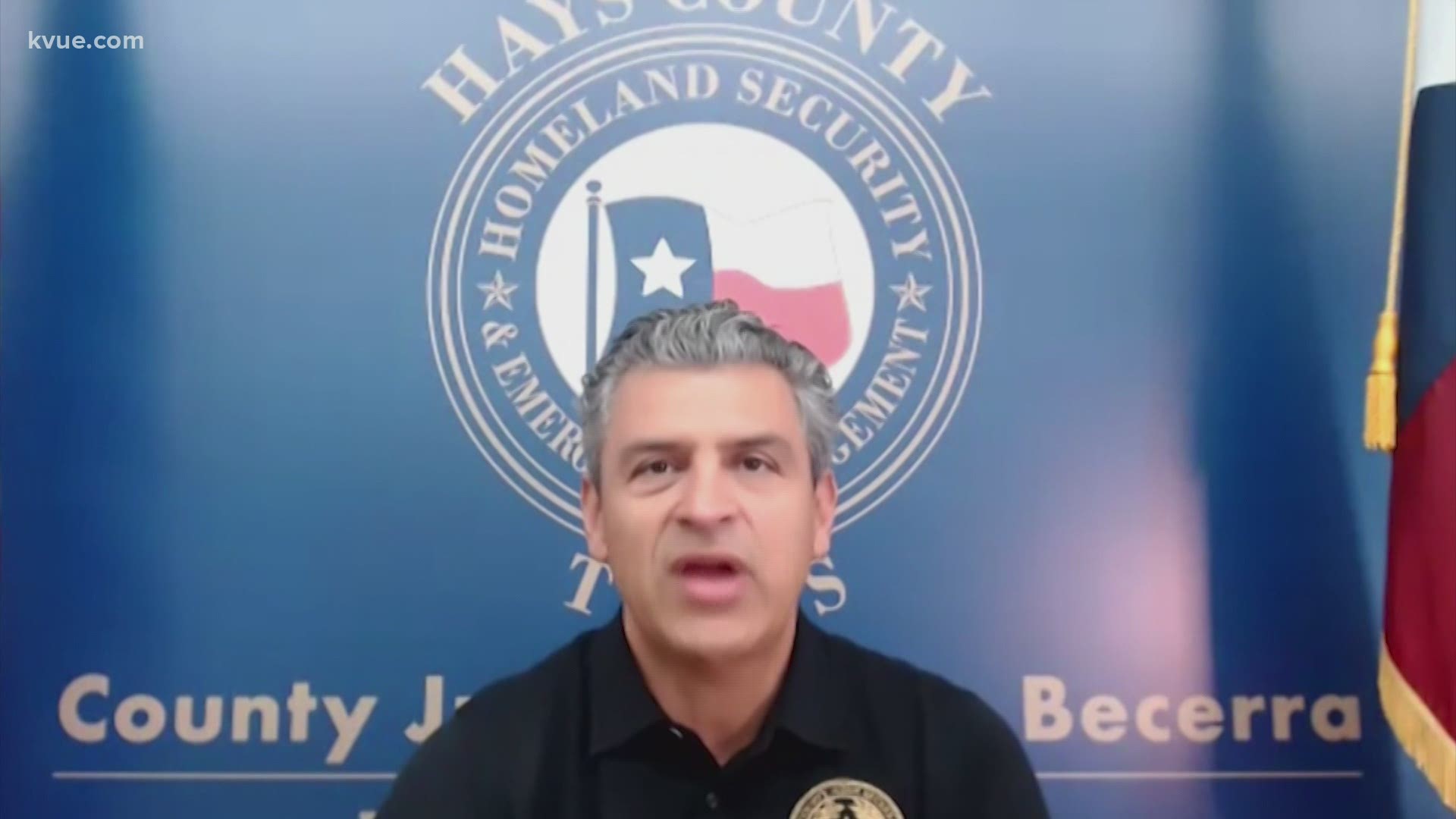 SAN MARCOS, Texas — Hays County Judge Ruben Becerra says it's not completely set in stone how many COVID-19 vaccine doses the county health department will receive but, when officials know, the community will know.

"We have no idea what we're getting. The computer says that we're [the county health department] getting approximately just under 2,000 vaccines, but we don't know what we're actually getting. Anything can happen between now and an actual delivery, and we don't know if and when we'll get more. We are truly in the dark, like the rest of the community," Becerra said in a press conference Monday.

"My hope is to tell you what we have so that everyone will be on the same page. And what we have is the State is driving this bus and we are passengers in it. And we will update you on where we are exactly. And we will recalculate at every single turn and share with you the new, new information," he added.

Becerra said local officials worked to get Hays County included as one of the State's vaccination hubs using "all the intricacies of, 'Put us in, Coach. We could do this.'" He said while he can't be sure whether the letter he wrote to Gov. Greg Abbott requesting vaccines for local public health departments led to the State's update, he and others have been "in daily constant contact with State assets."

Becerra also addressed the vaccination registration portal the county is in the process of creating. He said he is not worried about the county having the portal ready to go as soon as vaccines arrive, but it won't open before then because "having them here is key."

"We can see them on a computer screen. We can say they're in that truck down the street on I-35. It doesn't matter. I can't bring our community's hopes up until they are in my possession. Unless and until they are in our possession, we will not turn on the registration portal," he said. "And I will promise you this, like a Black Friday special, we will open the portal and, within 48 hours, we will have filled every spot for the 1A, 1B. And it will take no time for us to get those vaccines in our community's arms that fit that criteria. And we will do it effectively. Promise."

Becerra also emphasized that it's important for residents to have patience and that officials at all levels of the vaccine distribution are working as quickly and efficiently as possible to get vaccines to Central Texans, including residents of Hays County.

"Let's realize and remember and reassure one another that it's no use, it's of no value, to attack one another. Believe me, if I could make vaccines, I will – but I can't. And we're at the mercy of the federal government and what they're putting out through the organizations making the vaccines. And the State is doing their very best to dispense them, and they have a lot of fires to put out. It's just reality," Becerra said.