The Johnson & Johnson single-dose COVID vaccine was FDA-approved for emergency use authorization Saturday. 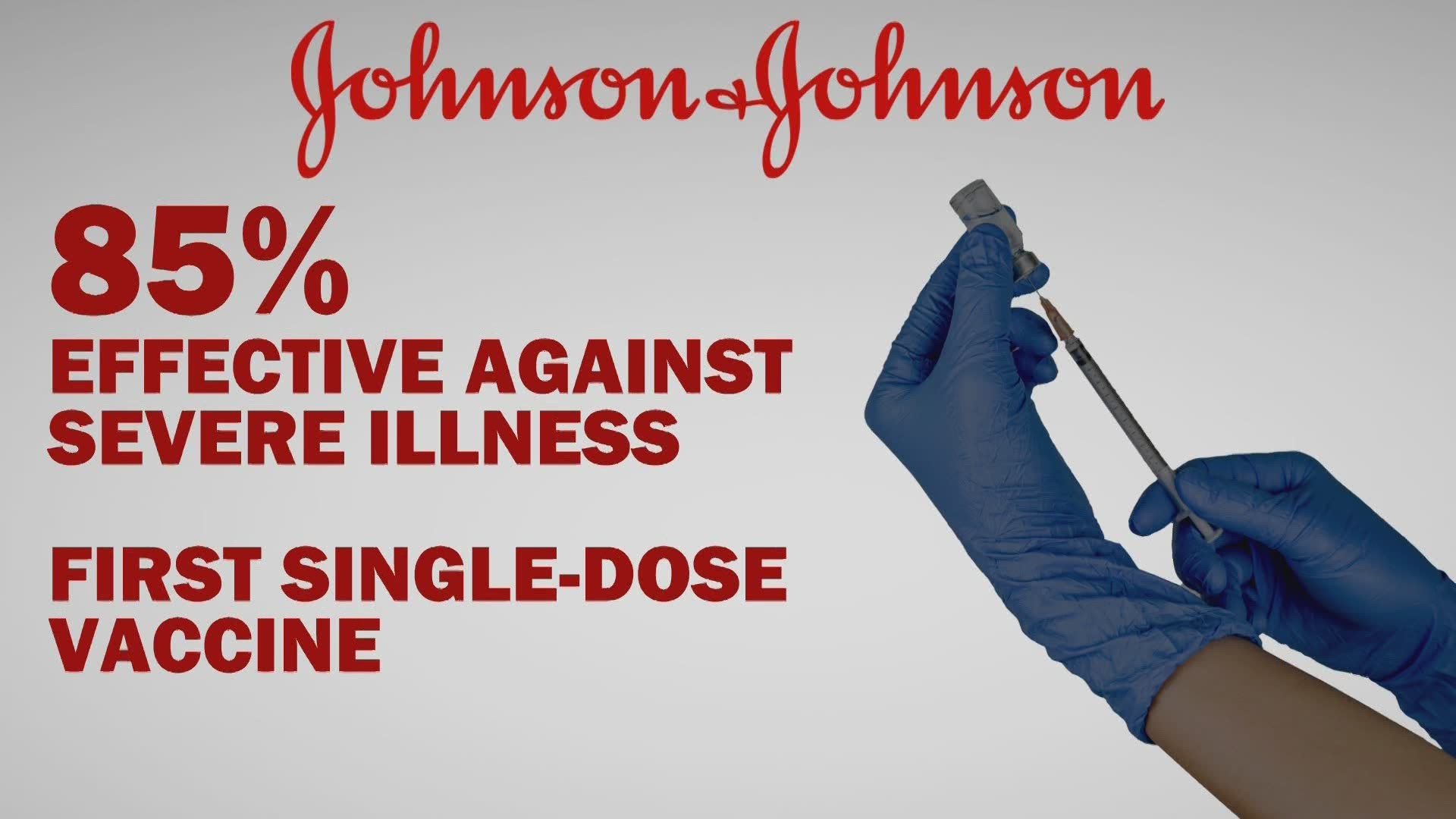 The delivery was made three days after the Food and Drug Administration gave emergency authorization for the one-dose shot.

The J&J vaccine arrived at NRG Park on Tuesday morning — the first of its kind to be delivered in Houston. County health officials note, however, the vaccine will not be administered at NRG.

"The vaccine will be administered at other area vaccine sites and 6,000 doses will go the Houston Health Department," stated an update from the county. "The Johnson & Johnson vaccine is a one shot vaccine and is 100% effective at preventing coronavirus related hospitalization and death. Moderna and Pfizer vaccines, the first two approved for emergency use, require two doses a few weeks apart."

According to the state's health department, Texas has been allocated 24,000 doses of the J&J vaccine in the first week of distribution, and it will be distributed between three FEMA vaccination sites in Houston, Dallas and Arlington.

Dallas and Arlington will split the other 12,000.

Texas is expected to receive more than 200,000 doses of the vaccine for distribution the following week, officials said.

In clinical trials, the new vaccine worked especially well in protecting recipients from severe disease and hospitalizations, but its efficacy rate of 72% in U.S. trials is less than its competitors. Pfizer and Moderna were shown to be 94% to 95% effective against COVID-19.

However, the Johnson & Johnson vaccine was tested while COVID-19 variants were becoming more widespread. It remains unclear how these variants could affect the efficacy rates for the other two vaccines.

As of Feb. 25, five million vaccine doses have been administered overall in Texas. That equals about 5.8% of the state’s population — a long way from the 70% to 80% that experts estimate is necessary to achieve herd immunity.

It would require nearly 100% of adults to be vaccinated to reach those figures, according to census numbers.

To schedule an appointment to receive the COVID-19 vaccine from Harris County Public Health (HCPH), click here or call 832-927-8787.