Nearly half of the COVID-19 deaths in Austin-Travis County have been within the Latino community, according to local data. 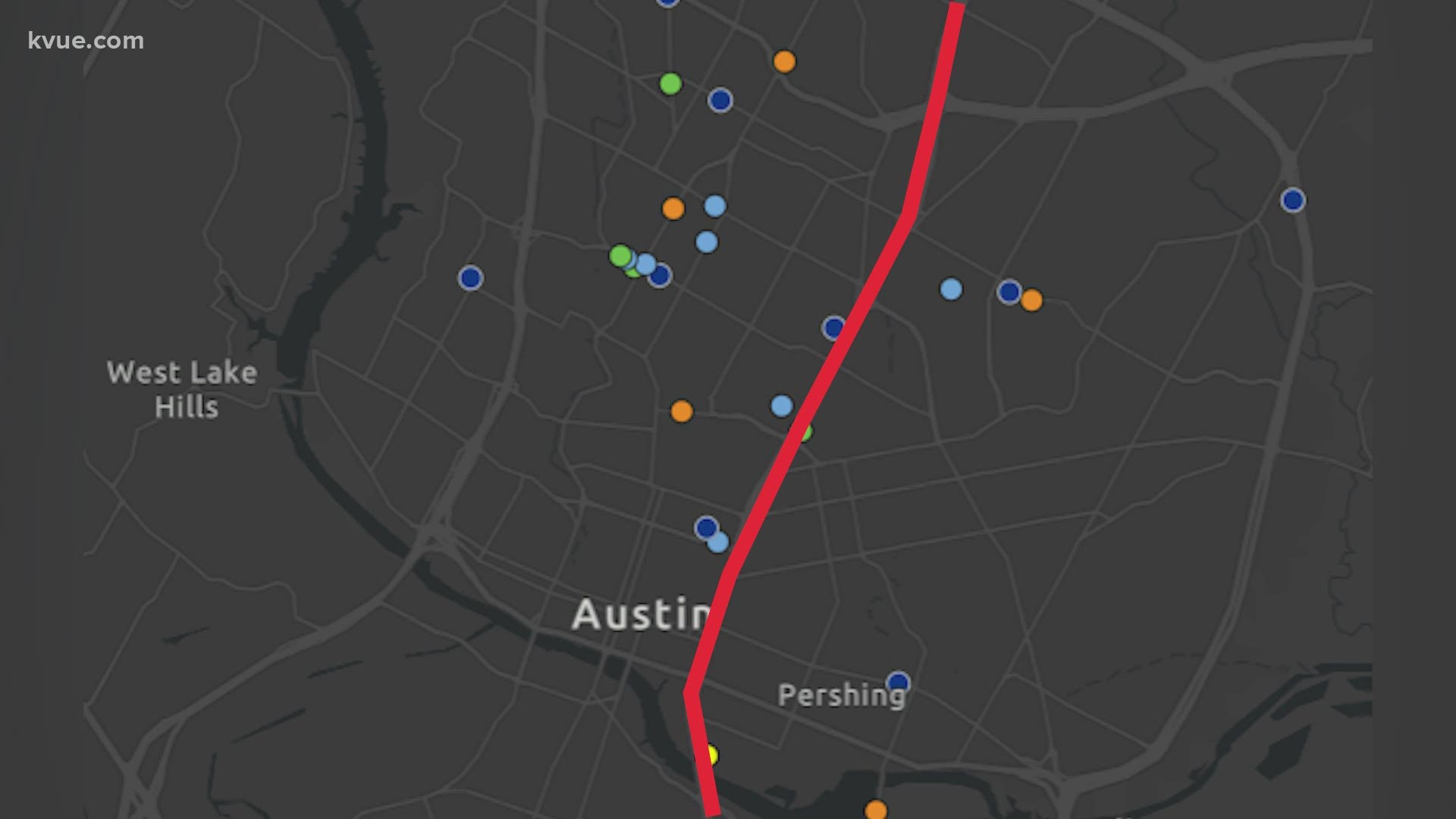 AUSTIN, Texas — The Austin Latino Coalition says there are barriers in place leading to inequitable access to COVID-19 vaccines for Latino residents – and the group wants local leaders to do something about it.

In a news release sent Monday afternoon, the coalition stated that "due to the historic discrimination that has often posed barriers to economic advancement, lack of access to health care, food and other systemic inequities that still exist today, Latinos, African Americans and low-income communities have borne the brunt of the COVID-19 pandemic."

Austin-Travis County COVID-19 data shows that the Latino community has been hard-hit by the virus. Hispanic residents make up nearly half of the area's cases, hospitalizations and deaths.

In early December, KVUE reported that the coalition began delivering PPE right to residents' doors, an initiative started after the group got many questions about PPE distribution. The group specifically delivers to families in geographic locations that have a high number of cases and a high positivity rate.

But the coalition said it has also made requests for action from local leaders that haven't been met.

The group said during meetings of the COVID Vaccine Distribution Task Force, it requested that Austin Public Health (APH) create a local COVID Vaccine Dashboard that would include and track the numbers of vaccines allocated in the area, a list of vaccine providers and demographic details of those receiving the vaccine.

The group said it has also requested the immediate launch of a comprehensive bilingual, culturally relevant public education campaign to increase vaccine confidence in communities of color and provide education about how the public can access the vaccine.

The coalition says neither request has been met, "causing a lack of transparency and accountability."

The Austin Latino Coalition said that based on information from the Texas Department of State Health Services (DSHS), we know how many people have received the first dose of vaccine in Austin-Travis County but the State doesn't provide demographic profile information other than age groups.

"Minority and low-income communities reside in geographical and ZIP code areas within Austin, Travis County where few COVID vaccine providers are located. And it appears that we are perpetuating the history of inequities, classism, racism and barriers as we experienced when our communities were trying to access COVID testing in Austin, Travis County," the coalition said.

RELATED: Texas still has not used about half of available COVID-19 vaccines, per State data

KVUE also spoke to Dr. Edwin Melendez-Murphy with CommUnityCare, who explained that according to CommUnityCare's COVID-19 Dashboard, Latinos alone are testing positive for COVID-19 more often than other races or ethnicities.

For the week of Dec. 27 to Jan. 2, the positivity rate for all races and ethnicities was at 29% while Latinos alone had a positivity rate of 35.6% for that week, according to CommUnityCare's dashboard.

In addition, Paul Saldaña, the coordinator of the Austin Latino Coalition, told KVUE Monday that people living east of Interstate 35 in Austin are experiencing inequities with vaccine distribution, citing the map on Texas DSHS's website showing where vaccine providers are in Austin.

"Sadly, most of those are west of 35. The majority of our, our Black and Brown, low-income communities are east, on the eastern crescent of Austin-Travis County," he said. "So, we need accountability and we need transparency in the distribution of the vaccine."

KVUE reached out to APH about the coalition's concerns. A spokesperson said that the agency will be communicating the concerns to the DSHS, but APH itself doesn't control the distribution nor allocation of the vaccines or the data needed for a local dashboard. APH said the DSHS enrolls providers across Texas to provide the vaccine and decides which provider will receive it, including how much and when they will get it.

"We understand the importance of providing the vaccine in communities most impacted by coronavirus. Prior to the pandemic, we knew access to healthcare in Travis County has been limited for various reasons. APH’s first priority is to serve as a safety net for the most vulnerable members of our community when more vaccine is available," the spokesperson said in part. "We will be coordinating with other safety net vaccine providers such as CommUnityCare, Lone Star Circle of Care, and People's Community Clinic to identify equity gaps in vaccine distribution. If enough vaccine is provided to APH, we will follow the plan to open large sites in Austin and Travis County, with a focus on the Eastern Crescent."

The spokesperson added that all providers are required to give vaccine distribution data to the State, which is then shared on the State's vaccine dashboard, but that data is not readily available to local health departments to create a localized distribution dashboard. The spokesperson said APH is looking at and advocating for ways to receive this data from the State, but it would then take several weeks to build out a public dashboard once they received it.

The spokesperson also said APH has published a comprehensive vaccine website, discussed vaccines during weekly Q&A's that are interpreted in Spanish and allocated more than 50% of its paid media efforts to Hispanic/Latino media outlets.

On Monday, several Black elected leaders in Travis County also expressed concerns about the local rollout of COVID-19 vaccinations, questioning whether the distribution has been equitable.

How to get the COVID-19 vaccine in Texas

Allergy Alert: Cedar pollen count is at the highest this season so far