The governor's order limits state agencies and state-funded groups from requiring people to prove their vaccination status in order to receive services. 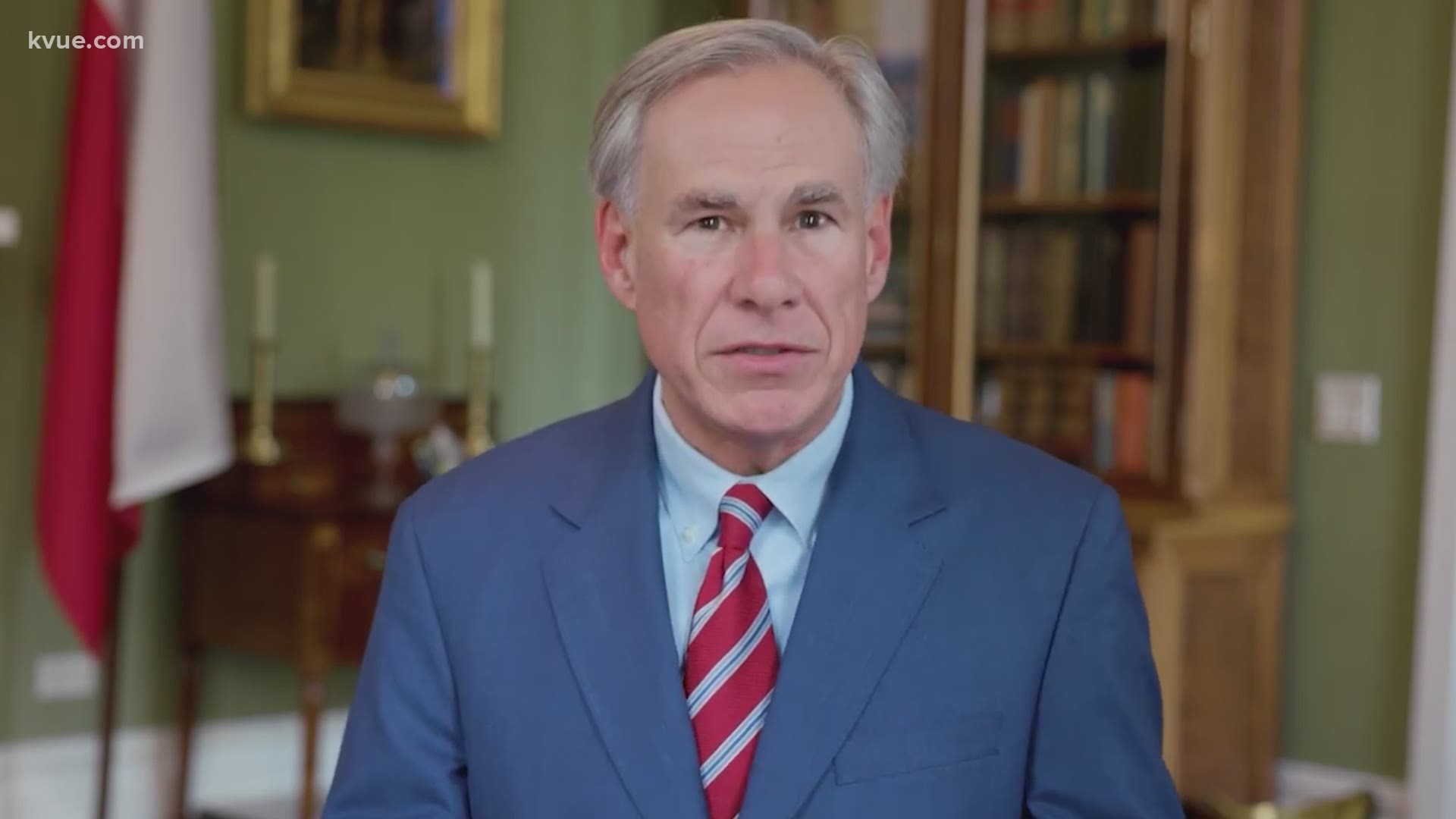 AUSTIN, Texas — There have been quite a few headlines recently surrounding passports. Specifically, "vaccine passports."

A vaccine passport is essentially a way for people to quickly prove they've been vaccinated for COVID-19. Recent reports have hinted that the federal government could potentially plan to implement a system for them, and some companies are already developing vaccine passports.

On Tuesday, Gov. Greg Abbott announced an executive order that says Texas government agencies, among other entities, will not be allowed to require vaccine passports.

"Government should not require Texans to show proof of their vaccinations and reveal private health information just to go about their daily lives," Abbott said.

The governor's order limits state agencies and state-funded groups from requiring people to prove their vaccination status in order to receive services. That includes private companies that receive any public funding.

KVUE caught up with a professor from the University of Texas at Austin School of Law, Elizabeth Sepper, to help break down the order.

"So your average restaurant, bakery, gas station could feel free to require people to show proof of vaccination in order to get access to at least the inside," Sepper said. "Many businesses can clearly require proof of vaccination, but Gov. Abbott's order actually significantly constrains large sectors of the private economy."

She said that, for exampe, nursing homes could be possibly impacted by an order like this.

"You could think of really vulnerable populations, nursing home residents, where the nursing home wants to make sure that the whole community is protected. This order says they can't if they receive public funding, which they almost certainly do," she said.

Sepper also said that some entities may prefer to require vaccinations whether they fall under the order or not.

"Colleges where people are living together and eating, schooling together, schools, nursing homes, lots of State agencies – you can think of state psychiatric hospitals – but lots and lots of health care entities might want to require proof of vaccination in order to feel like their patients were safe. This order would get them in trouble," she said. "But I think you could expect to see, you know, nursing homes as political lobbying actors in the background, trying to get the Legislature to push back on Gov. Abbott's order or to intervene with [the] government itself."

She also mentioned that under Tort law, businesses have obligations to protect their consumers.

"So, they're actually risking lawsuits if they don't take measures to protect their consumers, and especially in areas like nursing home congregate housing. That's a real risk of legal liability," Sepper said.

KVUE also caught up with Dr. Natasha Kathuria, an emergency room doctor in Austin. She said that vaccine passports are not a new concept.

"The idea of vaccine passports ... It's a very different conversation if we're talking about international travel versus going into a restaurant," she said, adding, "I have a yellow fever vaccine card. Anyone who goes into Ghana and some other countries needs to prove that they've been vaccinated [for] yellow fever before going there. It's not a new idea. We've had that for decades now. I think now this is the first time that it's been considered on a worldwide level."

RELATED: VERIFY: Can private companies in Texas require customers to use a vaccine passport?

Overall, she believes a general vaccine passport could potentially be required in the future.

"Whether it's right or not is something that our politicians will have to decide on," she said. "But in terms, for our health care perspective, of course, the more we can limit viral transmission of a deadly virus, the more we want to do that. But on the ethics side of it, we have to consider: is this going to really highlight inequities in our already inequitable system based on racial disparities, health care disparities, people who don't have access to the vaccines because they live in rural areas? There's a lot to consider right now. And so, I think that we all need to kind of come to the table and talk about what, what risk we're willing to take."

St. Edward's University, a private college in Austin, initially said it would require students and employees to get a vaccine for the fall semester if they need to return in person. People can opt out of the vaccine requirement for religious, medical or personal reasons, but they must obtain a notarized exemption document, like what is needed for other required vaccines such as the meningitis shot.

A UT Austin spokesperson told KVUE Tuesday that the university conforms with the order and that they are not planning and have not had plans to require vaccines.

WATCH: Can private companies in Texas require customers to use a vaccine passport?

Winter storms: How prepared were Central Texas roads for the weather blast?