Experts say variants of a virus are not uncommon, but vaccinating the population more quickly may help prevent future variants from forming. 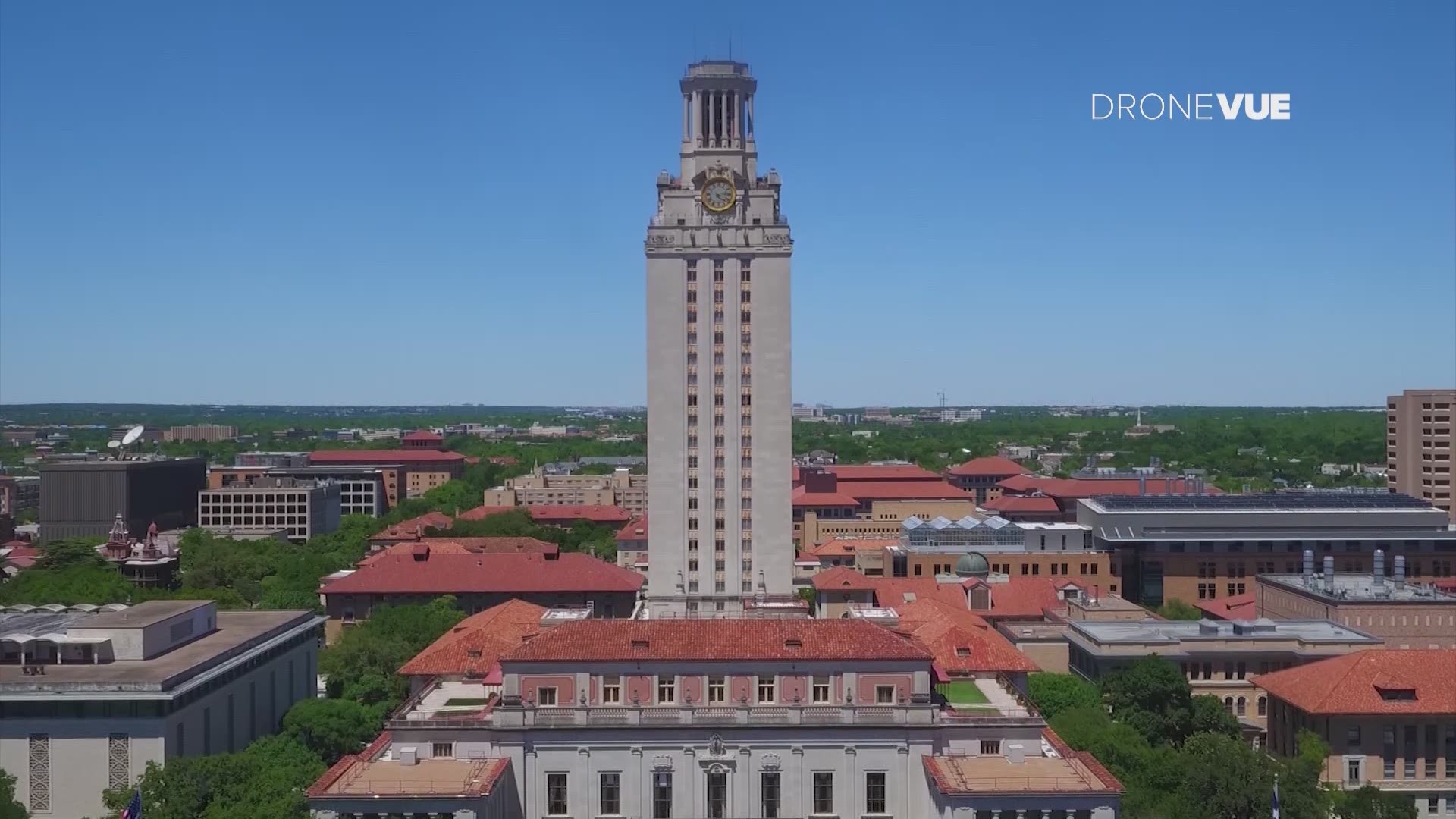 AUSTIN, Texas — Just a little more than a month after the more contagious variant of COVID-19 – B.1.1.7 – was discovered on the University of Texas at Austin's campus, the school now says a new variant has been found.

"We are writing to let you know that a new COVID-19 variant known as B.1.429, originating in California, has been identified through our campus testing, monitoring and sequencing efforts," read a letter sent to the university community.

The letter also stated that UT has an advantage when it comes to detecting even small numbers of variants on campus through the employment of "Next Generation Sequencing" of the virus with the university's Genomic Sequencing and Analysis Facility.

"So, we notice these strains because they are spreading and becoming more prevalent when other variants don't. And that suggests that they might be more infectious, that they might be better at infecting human cells," said Dr. Andreas Matouschek, a biochemist and professor at UT.

Matouschek is also the director of the Center for Biomedical Research Support at UT.

He said, overall, there isn't enough evidence yet that points to whether or not the newly-found variant is more infectious than the B.1.1.7 variant. However, he added that considering the evidence that is out there so far, it's likely that the vaccines could work against this type of variant.

"Could it be better at attaching to human cells? And then since our defenses are directed against it, well, can it evade these defenses? And the thing to keep in mind is that the body makes lots of antibodies in response to the, to the vaccines and in response to the virus itself, and that it's a large protein. So, there's lots of surface to attack. And so, even if you have a change somewhere, you might affect the one antibody that binds that particular spot. But then you still have all the other antibodies that are attacking the same protein and the virus, and they won't be affected by that change, by the mutant," Matouschek said.

Additionally, he said that vaccine distribution may play a role in how many variants COVID-19 ends up having.

"We are [in] a little bit in a race, right? If we can control the spread and the growth of the virus quickly by vaccinating the population, by keeping the infection down as we're waiting for everybody to vaccinate, and then the chance for lots of new variants of the virus to evolve is smaller," Matouschek said. "And that makes it somewhat less likely that we'll need to develop new vaccines. That's true. The more you let the virus grow, the more it's able to evolve new forms, new variants."

Overall, he believes that safety measures that help prevent the spread of COVID-19, like masking and social distancing, should continue.

"The important thing is to keep up the good fight. We're making huge progress. We're almost there. So, don't give up now," he said. "Keep taking all the measures that you have been taking to protect your community and your families and your friends."

VERIFY: Yes, someone paid for votes with cocaine. No, voter suppression is not ‘when an illegitimate voter and an ineligible voter casts a ballot’