Researchers at the University of Texas in Austin engineered the spike proteins found on the virus, playing a big role in the creation of a COVID-19 vaccine. 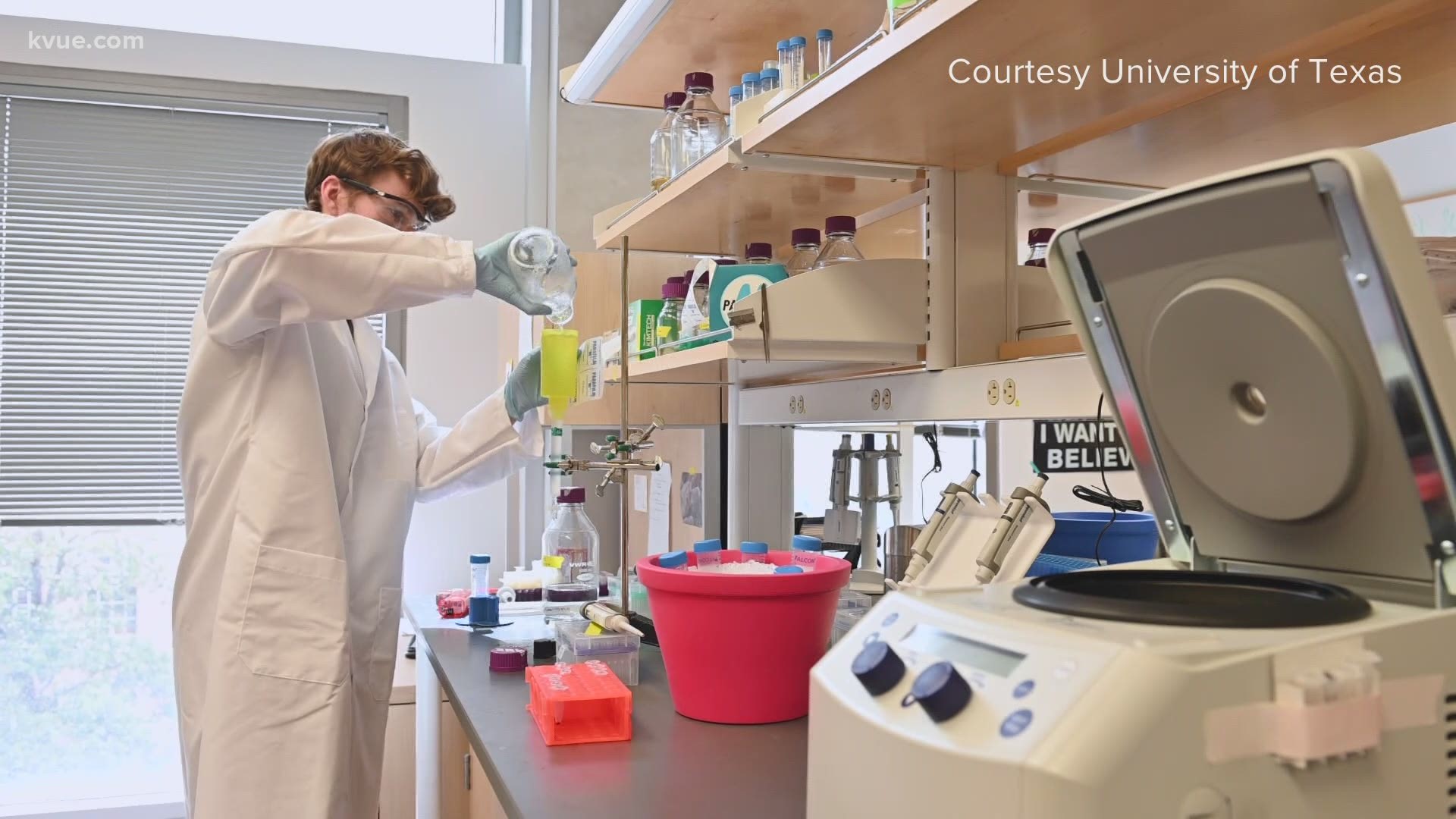 AUSTIN, Texas — Researchers at the University of Texas at Austin are playing a big role in developing a COVID-19 vaccine.

Earlier this week, Pfizer reported its vaccine may be 90% effective.

KVUE talked with Jason McLellan, an associate professor of molecular bio sciences at UT, about this news.

"Ninety percent efficacy, if that holds up over the long term, is really exciting. I think many of us, many people in the field, are hoping for 60% or 70%. So 90% is really, really fantastic. We're excited by that, and hopefully many of these other companies, their vaccines will hit a similar level of efficacy," said McLellan.

McLellan said he and his lab have been researching coronaviruses for the past seven years. They came up with a way to engineer the spike proteins found on the surface of the virus that can be key in vaccine creation.

"We came up with a method of engineering these spikes, introducing substitutions into them to keep them more stable, to increase their expression, and these changes and alterations that we make lead to an improved vaccine antigen, so spikes that could be expressed to higher levels that are more stable," said McLellan. "It's more amenable for manufacturing. It can also result in higher immune responses when those spikes are introduced in humans."

McLellan said four of the five leading COVID-19 vaccines are using their variant of the spike that they designed in their lab, including Pfizer. He said Moderna, Johnson & Johnson and Novavax vaccines are also using spikes containing the mutations they developed in their labs.

RELATED: Fauci: Coronavirus vaccine could be available to average Americans by April

"It's pretty exciting. It's just one role that we played. Obviously, these companies have a lot of their own development efforts in the mRNA platform and adenoviruses, so they get tons of credit for that," said McLellan. "But we're very excited that some of the changes and modifications that we made in our lab to this protein have been really adopted broadly by the community, by industry."

McLellan said he and his team have now made a "second-generation spike".

"That's even a much better spike protein. It expresses 10 times higher. So you can make a lot more of it for vaccines. It's much more stable. It's stable at room temperature, doesn't need to be kept very cold," said McLellan. "And we're working with some companies interested in developing that into a vaccine, particularly for low- and middle-income countries. So we're excited to work on that."

McLellan said they're also doing a lot of work with antibodies and are getting back to some of the other projects on different viruses and pathogens that may come in the future.