More testing to be done on a unique method to deliver virus-killing antibodies using inhalers similar to those used by people with asthma. 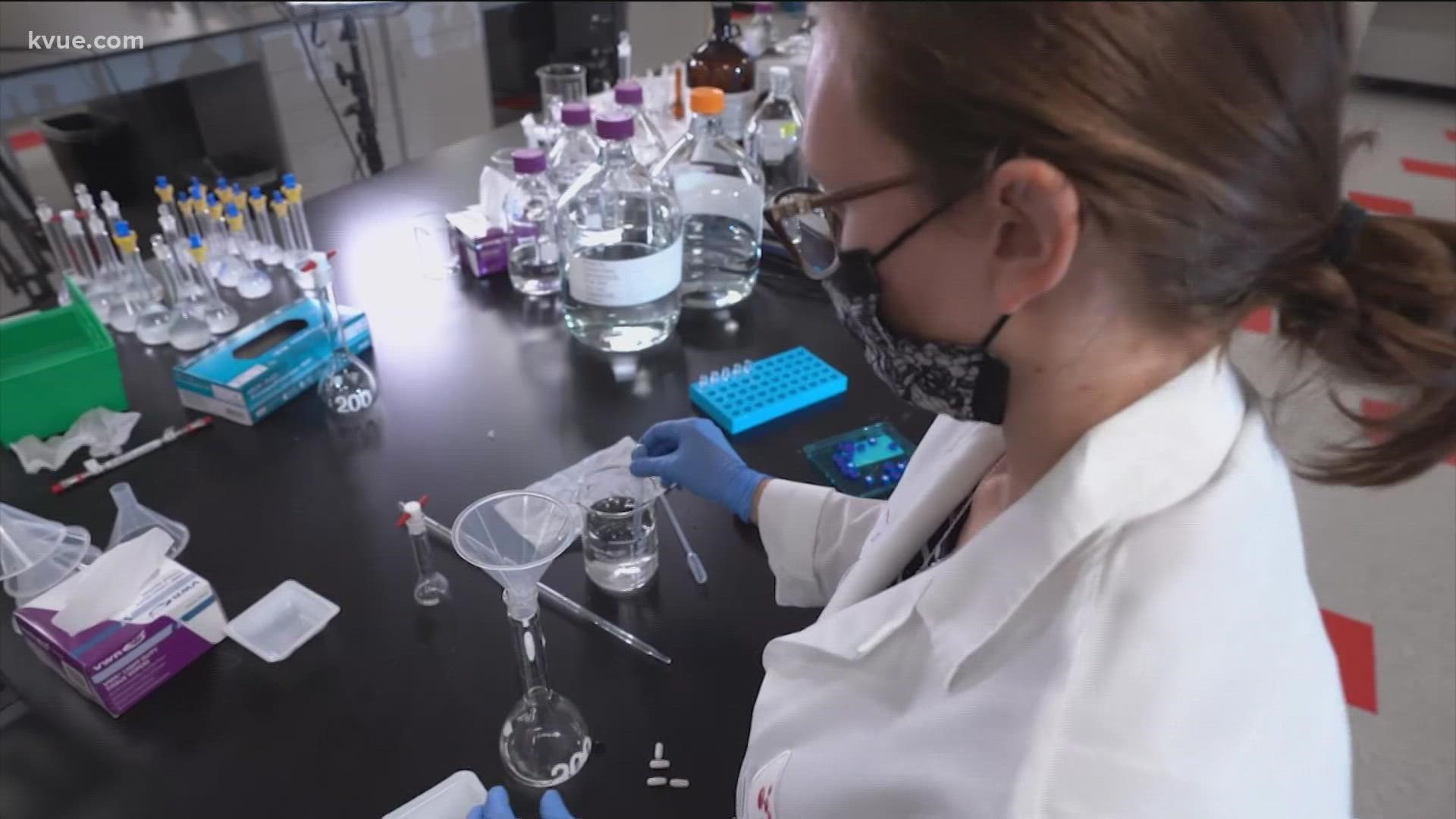 AUSTIN, Texas — Researchers have found a way to fight the rapidly spreading COVID-19 Delta Variant using inhalers similar to the ones used by people with asthma to deliver virus-fighting antibodies directly into the lungs.

Although not yet approved for human use, scientists are optimistic about early tests that show positive results using a technology developed by the University of Texas at Austin researchers called "thin film freezing.".

The process converts antibodies that fight Covid-19 into a powder.  A person diagnosed with the virus can use a dry powder inhaler similar to what asthma patients use. The inhaler sends antibodies directly to the lungs where the virus is replicating and trying to infect other cells. With the inhaler, the surface of the virus is coated and that prevents it from infecting more cells bringing the disease to an end faster.

Current antibody treatment requires hospitalization, but this new treatment could be administered at home, and the medicine doesn’t have to be refrigerated.

“If there's a family of six members and one of the family members test positive, we could deliver the drug to the entire family because monoclonal antibodies are very safe,“ said Dale Christensen, Ph.D., Director of Clinical Development for TFF pharmaceuticals. “We can deliver (the antibodies) to the whole family and prevent Covid from spreading to the other members who are at high risk for sickness or death."

Two companies - Augmenta Bioworks and TFF Pharmaceuticals - are jointly developing the new delivery method, which is expected to begin human testing next year.

What caused Wednesday's microburst in Georgetown?