Coronavirus closed the country's borders and flights were canceled. 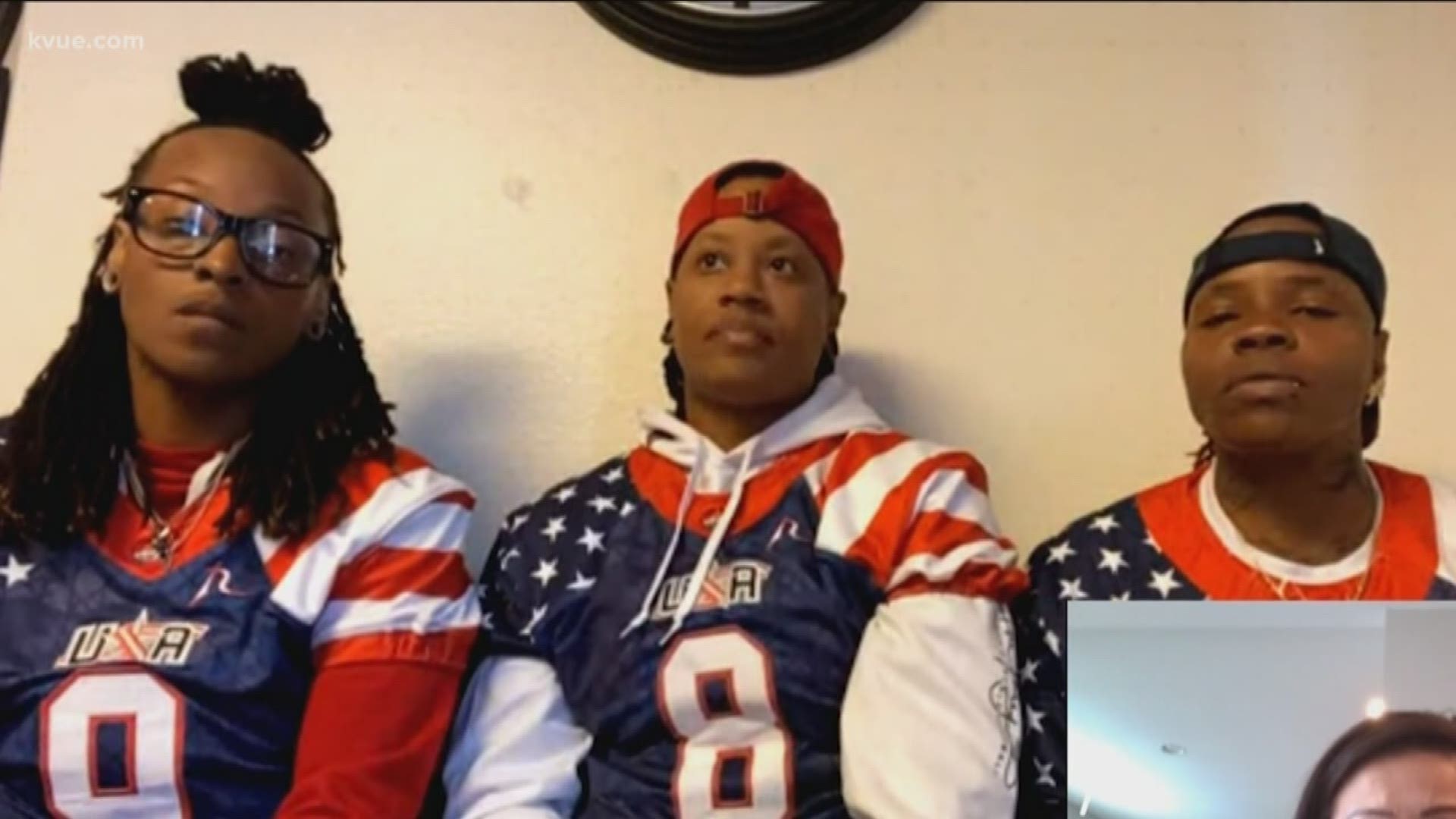 AUSTIN, Texas — It was a trip to remember for an all-star women's football team.

The American Football Events, or AFE, league team was stuck in Honduras for days after the government shut down its borders amid coronavirus fears.

The 55-member team arrived in Honduras on March 11. The Houston Energy played their first game on Friday the 13th against Costa Rica and won. Then they played their second game against Mexico and scored another win.

But as the Houston Energy was up 2-0 in the American Bowl, the international tournament came to a sudden halt.

"That's when the Honduran president shut down all sporting events at that time," she said.

"'Hey, this is what's happening due to the COVID-19, we're no longer able to have groups of 50 in one area,'" Jamerson said.

On Sunday, March 15 – just days after the team arrived in Honduras – the government shut down the country's borders.

Jamerson said there were a few confirmed positive cases in the country at the time.

Another teammate, Tyneshia Ferguson, didn't know how they were getting home.

RELATED: Austin teens returning home after getting stuck in Honduras amid coronavirus pandemic

"Our flights haven't even come across the border because he didn't want anybody else coming into the country so our flights didn't even leave the United States to come get us," she said.

The team was stranded inside a hotel with nowhere to go.

"I can say I went into panic mode during everything," Facey said.

She had a nine-year-old daughter waiting for her at home – a daughter with a birthday in a few days. Her heart ached knowing she could miss it.

So the team kept busy with activities: working out, playing games. Because they knew what could happen if they didn't.

"It's very easy to slip into a state of depression or hopelessness," Jamerson sai.

But then, they received some news: They were finally going home.

"It was a long journey. We were up at 5:00 in the morning for the Air Force to come pick us up," Facey said.

The U.S. military rescued the football players and flew them back home.

Now, they have one message to pass along.

"There are people probably with COVID-19 that don't know they have it that are spending time with others, infecting 10 people who don't know that they have it and they're going out and that's how it's spreading and it's super important that people are taking heed to this quarantine," Jamerson said.

The team members are based out of San Antonio but have members all over the U.S.

The AFE team is expected to head out of the country again at the end of the year for a tournament in Spain.

WATCH: How to manage anxiety during coronavirus outbreak