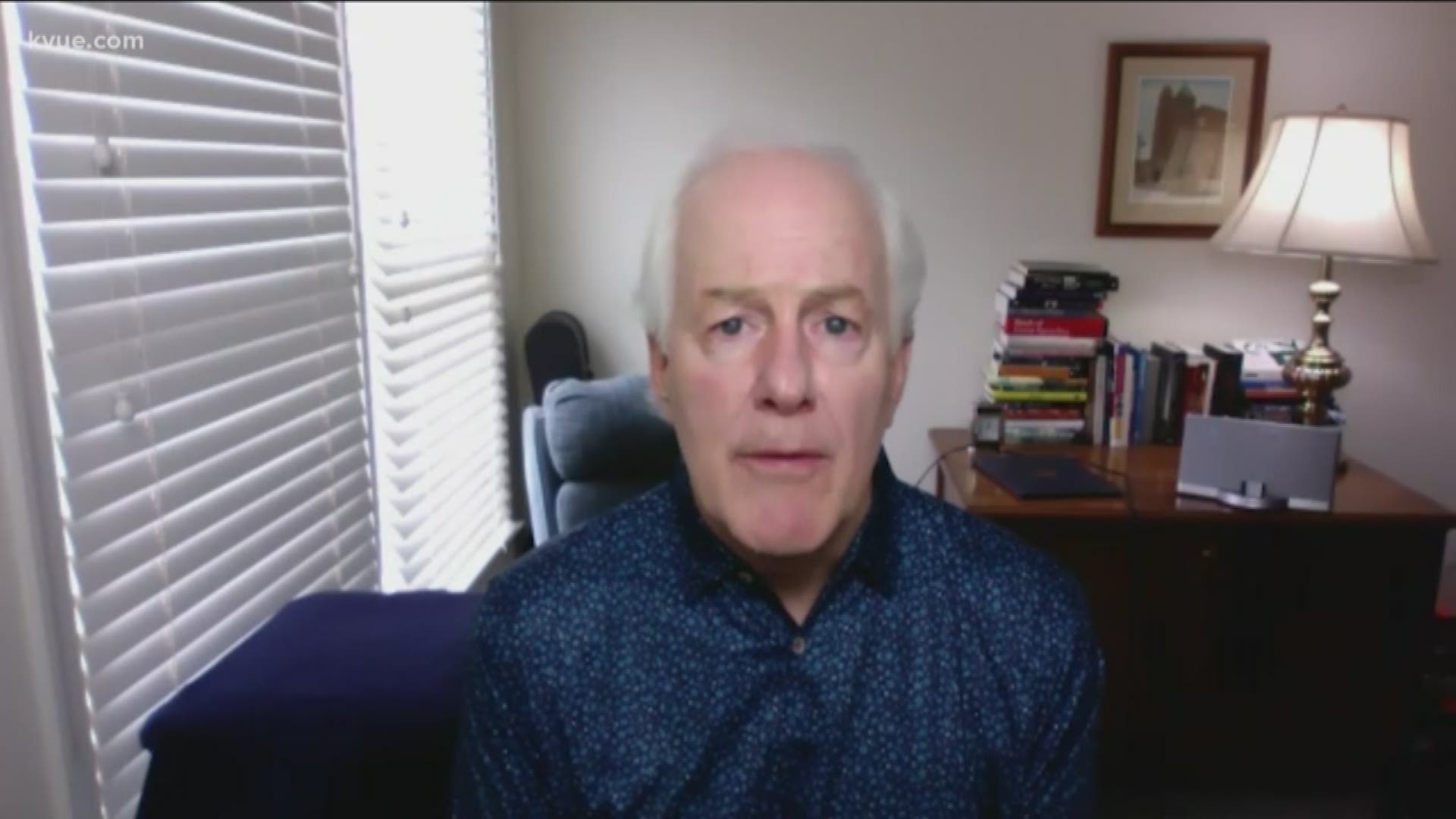 Sen. Cornyn said, for the most part, lawmakers have put politics aside in their work to pass four pieces of legislation totaling more than $3 trillion to help Americans, including the CARES Act. And now as Congress considers its next relief bill, the Texas Republican said he wants protection for business owners.

"One of the things I would like to see is liability protections for businesses that follow the guidelines and play by the rules, but that they aren't discouraged or dissuaded from opening their business because they fear getting sued by some frivolous litigation," Sen. Cornyn told KVUE News Friday.

Cornyn was back in Washington, D.C., last week and said he felt safe on the Senate floor because staffers wore masks and the Senators themselves practiced social distancing, showing reopening can be safe.

"I think gradually and safely trying to reopen and get back to work so people can earn pay," Cornyn said. "There are actually consequences of people sitting in their home by themselves without any means to provide for their necessities of life. I mean, there's some documented mental health challenges to be sure, problems with domestic violence."

But Sen. Cornyn said while it's important for people to return to work, Americans should continue taking precautions and practicing social distancing until a cure and vaccine are developed.

UT Austin reveals part of its plan for 2020 fall semester