After previously threatening to withhold funding from schools that did not fully reopen in the fall, President Trump changed course Thursday. 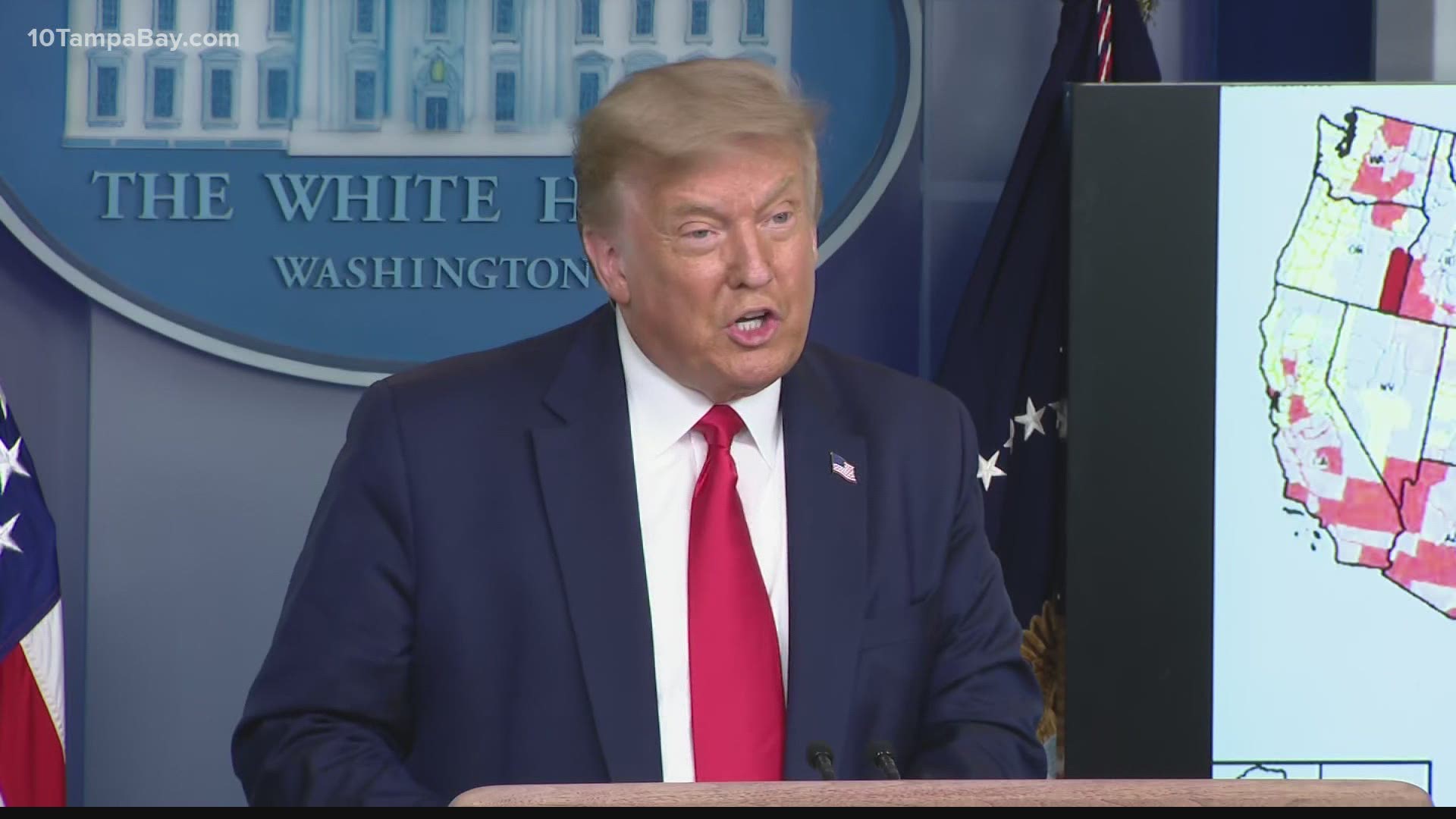 WASHINGTON — Softening his earlier stance, President Donald Trump on Thursday acknowledged that some schools may need to delay their reopening this fall as the coronavirus continues to surge.

It marks a shift from Trump’s previous demand for a full reopening of the nation’s schools this fall. In recent weeks, Trump has said that it's safe to open schools and that Democrats have opposed it for political reasons.

But speaking at a White House news conference, Trump said districts in some virus hot spots “may need to delay reopening for a few weeks." He said the decision will fall to governors.

The announcement came on a day the United States was the first to reach 4 million cases of COVID-19, according to Johns Hopkins University.

Even as he tempered his position, Trump insisted that every school should be “actively making preparations to open." He said students need to be in school to prevent learning setbacks and to access meal programs and mental health services.

Trump said he's asking Congress to provide $105 billion to schools as part of the next virus relief bill. If the local district doesn't reopen, the money should be steered to parents so they can pursue other education options, he said.

"If schools do not reopen, the funding should go to parents to send their children to the public, private, charter, religious or home school,” he said. “All families should be empowered to make the decision that is right for their circumstance.”

TEGNA Staff contributed to this report.