Initial claims for unemployment compensation were approximately 23,800 in the week ending March 28, the highest weekly total on record. 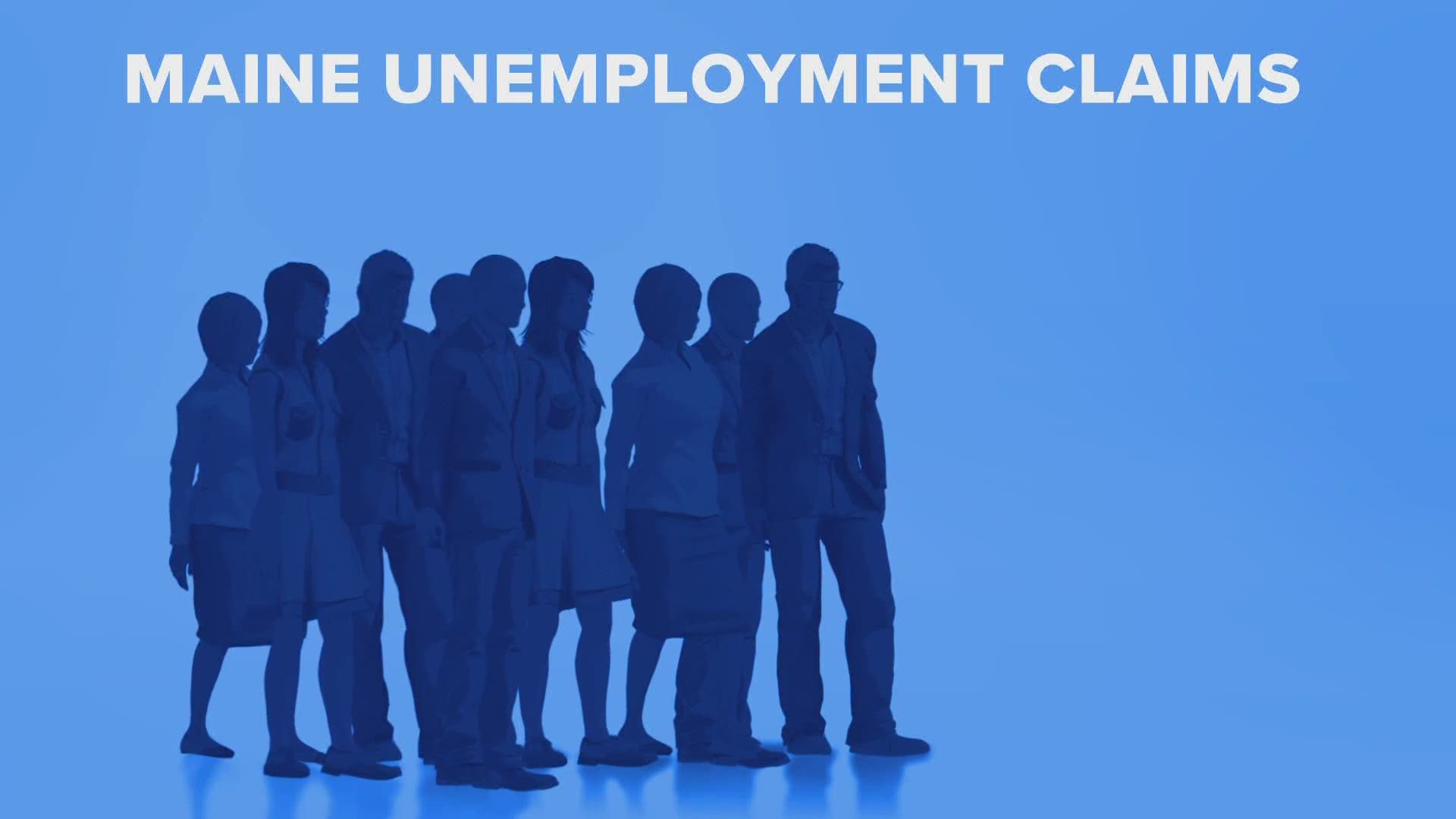 MAINE, USA — Maine's economy has taken a huge hit during the COVID-19 pandemic, forcing many businesses to either abruptly close temporarily or limit their services.

It's also left thousands of Mainers without work and no income.

The numbers of people applying for benefits is staggering.

Initial claims for unemployment compensation were approximately 23,800 in the week ending March 28, the highest weekly total on record. For context, according to the Maine Department of Labor, initial claims averaged close to 800 in the same week in 2018 and 2019.

"We took more initial claims in one week than we did in a month during the great recession," Laura Fortman, the Commissioner of the Department of Labor, said.

Fortman says normally in a recession you would start to see gradual signs that bad times are ahead -- and then start planning for it by putting people and processes in place. That's not what happened in this case.

"This really was almost an overnight impact on our system."

The Department of Labor usually has 13 unemployment insurance claim specialists. Right now they have about 30 people cobbled together from within the department of labor and across state government.

They're also in the process of hiring more to meet the demand as quickly as possible.

On Monday, Maine state government phone lines were down from 8:30am to 12:30pm due to a "higher than normal call volume". Maine Department of Labor's Unemployment Insurance and DHHS expereinced the greatest impact.

The system is buried but it's also delivering as fast as it can. Fortman says claims are being processed and people have started to receive their benefits.

"In the first two days last week $4.5 million in benefits went out to people."

There are many more Mainers still seeking financial help.

Fortman says the fastest way to apply for benefits or ask questions is through the Department of Labor's website.

RELATED: How to file for unemployment in Maine if your job has been affected by coronavirus

Phone lines are open during the week from 8 a.m. to 12:15 p.m. The lines close at 12:15 p.m. because the staff that answers the phones in the mornings is the same one that answers online questions and processes unemployment claims in the afternoons.

RELATED: Family of 4 could get $3,000 under virus relief plan, Mnuchin says

"Those programs are not yet available so we're encouraging people to please wait until they are available before they apply."

That's important especially for those who have exhausted available benefits already or are self-employed---if you file now--- when these programs haven't been implemented yet, it will only result in a denial.

It's a lot to process during a stressful time but Fortman says people in Maine have been supportive and understanding.

"People in Maine have common sense and recognize you can't go from a normal 641 claims in a week to 21,000 and have it go seamlessly. People are patient and we appreciate it."

At NEWS CENTER Maine, we’re focusing our news coverage on the facts and not the fear around the illness. To see our full coverage, visit our coronavirus section, here: /coronavirus

RELATED: These states have issued stay-at-home orders. What does that mean?