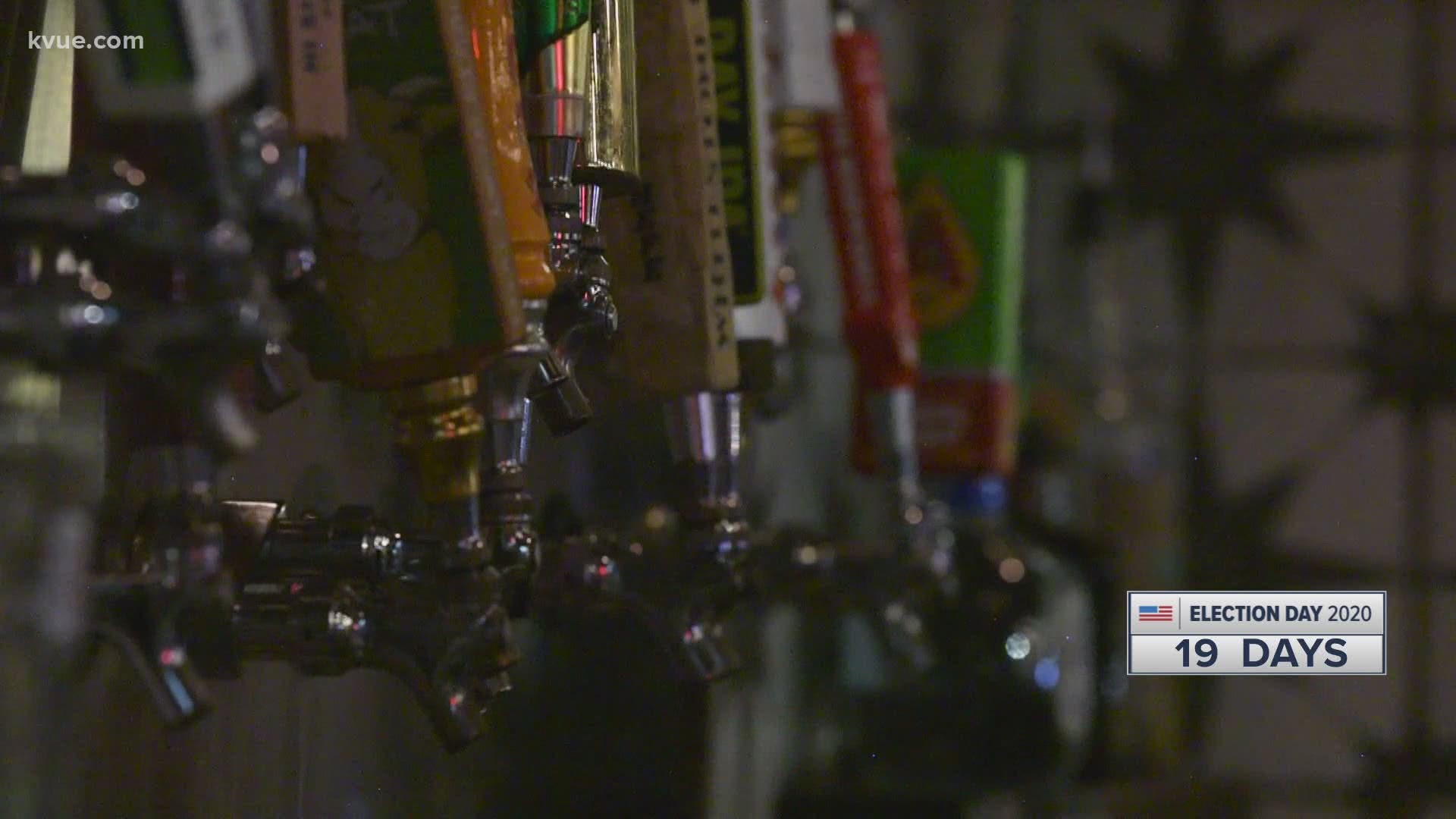 Austin Public Health officials met for their weekly Q&A on Wednesday, where they discussed their approval of Judge Biscoe's decision to keep bars closed for at least two more weeks.

"I made the recommendation to Judge Biscoe that bars remain closed because of the alarming trend of hospitalizations in our area and the use of ventilators," said Interim Health Authority Dr. Mark Escott.

The Texas Alcohol and Nightclub Alliance feels Abbott gave local bars a false sense of hope with his announcement one week ago, which he teased to his Facebook page, building anticipation.

"The governor put images of beer glasses clinking and, 'Hey, check back in with my social media in an hour for some great news.'" said President Michael Klein. "I don't know if he realizes, this is people's lives. They are employees and they are businesses, and it seems like the seriousness of the death penalty he has put on our businesses has not been respected."

Here's a map of the surrounding Central Texas counties that allowed bars to officially open on Wednesday.

"In two weeks we will look at the hospitalizations and the data for Travis County and go from there. Local bars will have to wait until then," said Dr. Escott.