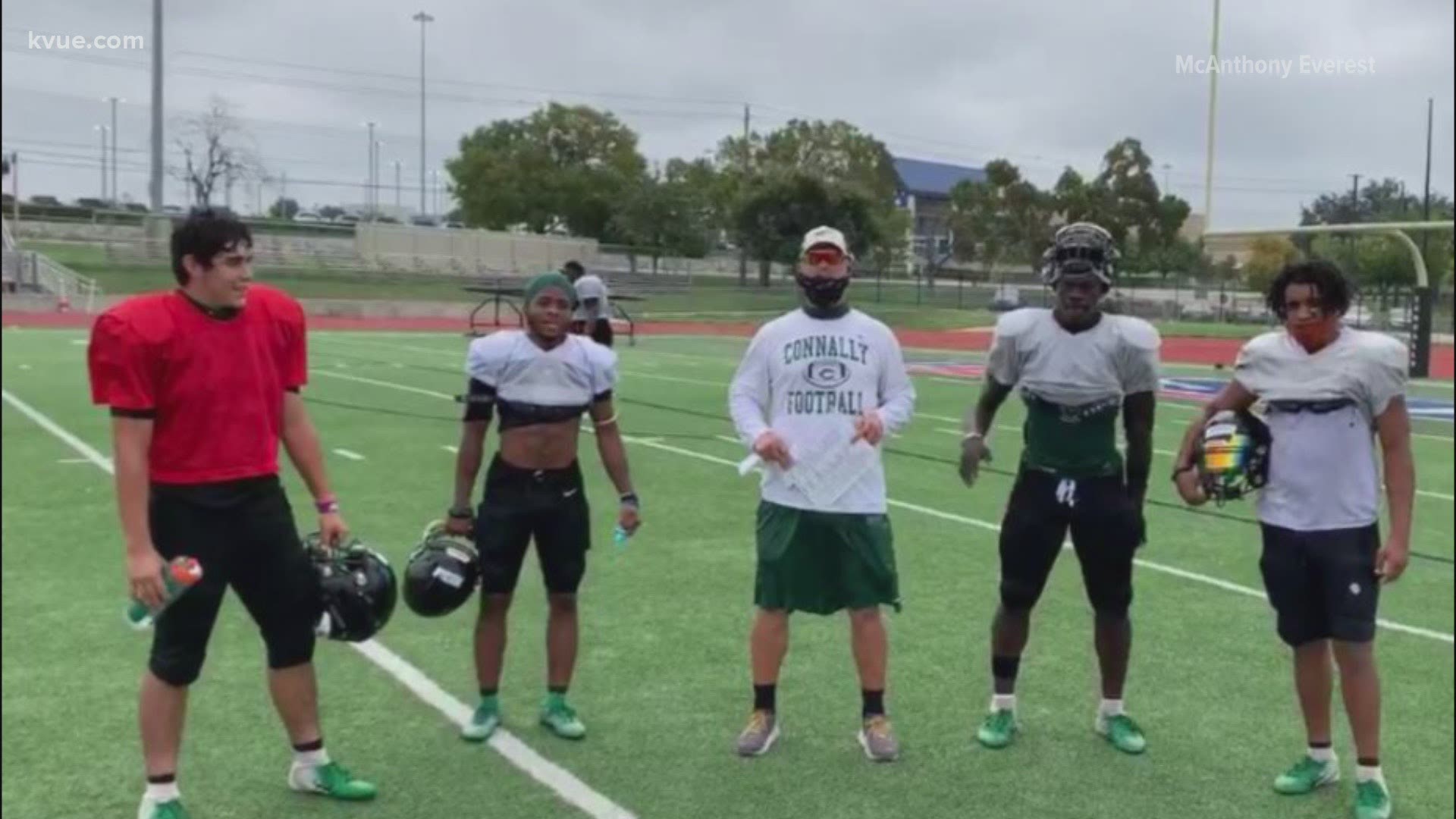 Pflugerville ISD told KVUE Schonhar was a valued and beloved member of the Connally High School community for the past three-and-a-half years.

"We are deeply saddened to hear of his passing and extend our sincerest condolences to Mr. Schonhar’s family and all those touched throughout his teaching career," the school district said in a statement.

In a Facebook video on Thursday, fellow Clemson University graduate and Academy ISD head football coach Chris Lancaster said Schonhar had been put on a ventilator.

After Schonhar’s death on Tuesday, Connally defensive back McAnthony Everest posted a photo on Twitter, saying, “I heard everything you said and we will miss you Coach sho rest easy!”

I heard everything you said and we will miss you Coach sho 💔 rest easy! pic.twitter.com/ojI7v3IVQO

Schonhar played at Clemson from 1982 to 1986 after joining the program as a walk-on. He earned letters in 1985 and 1986 as a reserve quarterback and holder and was named to the Academic All-ACC team in 1986, according to TigerNet.

He went on to join Danny Ford’s coaching staff as a graduate assistant for the 1988 and 1989 seasons, winning the ACC Championship and finishing in the top 10 in 1988.