The governor said Monday that 1,130,000 claims have been paid across the state. 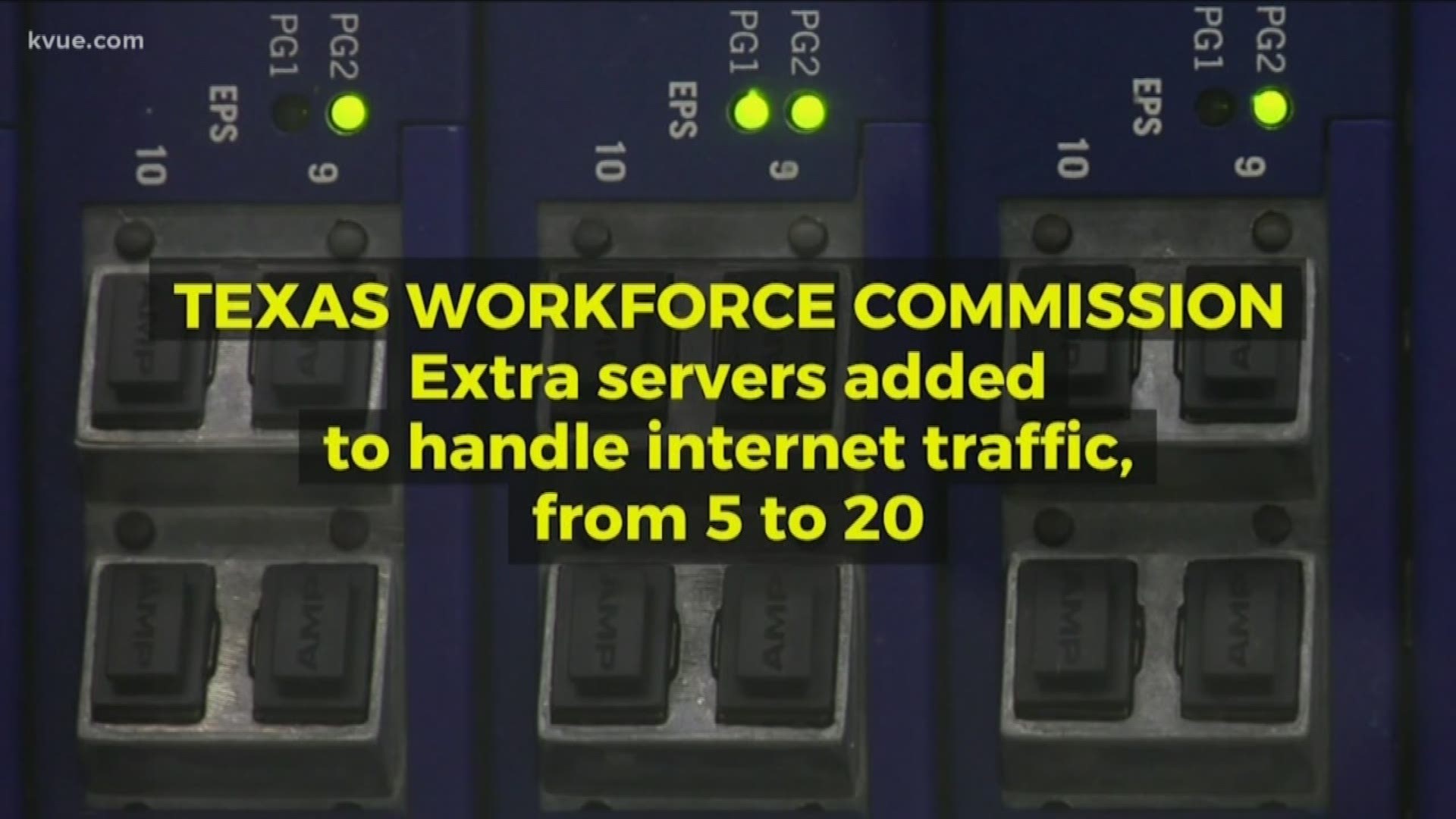 AUSTIN, Texas — As the U.S. government begins rolling out COVID-19 relief payments, Gov. Greg Abbott said the State of Texas has already made thousands of payments to people who are unemployed.

"As of today, there are now 1,130,000 claims that have been paid," Gov. Abbott said during a press conference Monday. "The total amount paid out now amounts to well over $400 million."

Many claims have yet to be processed, but the governor said the Texas Workforce Commission (TWC) is adding more resources to help people.

Last week, the TWC announced it will be opening its six call centers from 7 a.m. to 7 p.m. And, starting Monday, April 13, they will begin opening seven days a week. A seventh call center is also set to open soon.

TWC also said Monday that it has added 15 extra servers to handle internet traffic to help avoid crashes that blocked the processing of claims. TWC has also said it's shifting 1,000 workers from other departments to handle unemployment claims and hiring 100 more.

Also on Monday, Gov. Abbott announced $50 million in small in loans was on its way to small businesses dealing with the COVID-19 pandemic thanks to a partnership between Goldman Sachs and LiftFund.

80 million should get stimulus checks by Wednesday, Treasury says