The news comes after the City of San Antonio reported that it had not yet received its latest doses of the vaccine. 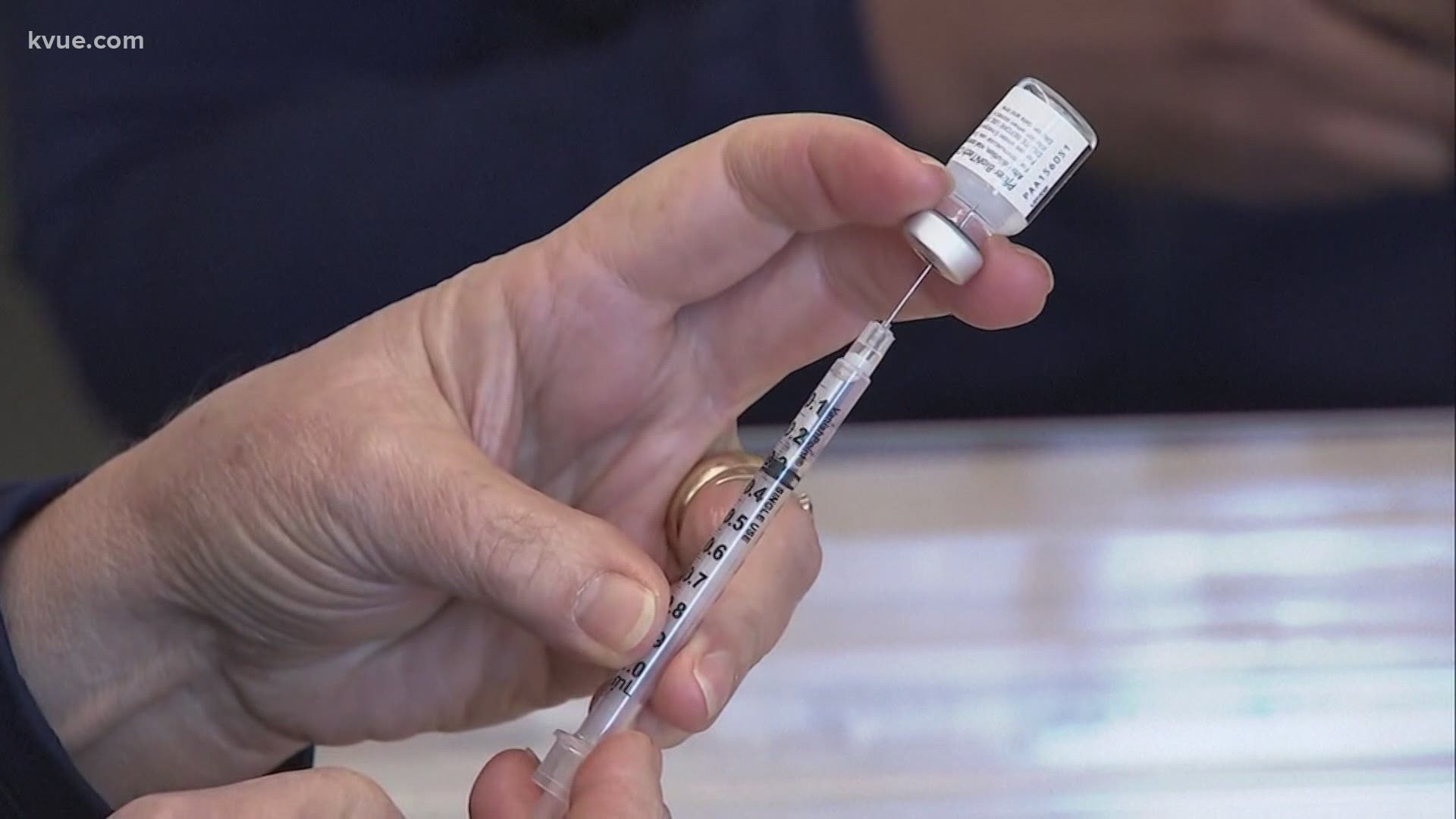 TEXAS, USA — The Texas Department of State Health Services (DSHS) confirmed to KVUE that shipments of the Pfizer vaccine expected to be distributed statewide Monday have been delayed.

“DSHS has gotten word that based on federal shipping schedules, Pfizer vaccine ordered on Friday and expected to arrive today is now expected to arrive tomorrow, Jan. 19, based on the most current information from Pfizer and our federal partners. The delay impacted 55 of the 263 providers scheduled to receive vaccine this week.”

The news comes after the City of San Antonio reported Sunday that it had not yet received doses of the vaccine expected to arrive Monday.

1/2: The shipment of COVID-19 vaccines to supply scheduled appointments for Mon, Jan 18 has been delayed from the manufacturer, Pfizer. All appointments scheduled for Monday will be rescheduled for Wed, Jan 20, at the same times, contingent upon delivery of the doses. pic.twitter.com/bIRF2Hkg1v

"Austin Public Health hasn’t gotten Pfizer vaccines (the two sets of 12,000 doses were both Moderna). We have not experienced shipment delays," an APH spokesperson told KVUE. "APH administered all 12,000 doses from the Week 5 shipment by the end of the day Saturday."

KVUE has put together a list of providers that people can register with to get the COVID-19 vaccine in and around Austin. You can view that list here.