Health officials say the case was confirmed in Harris County. 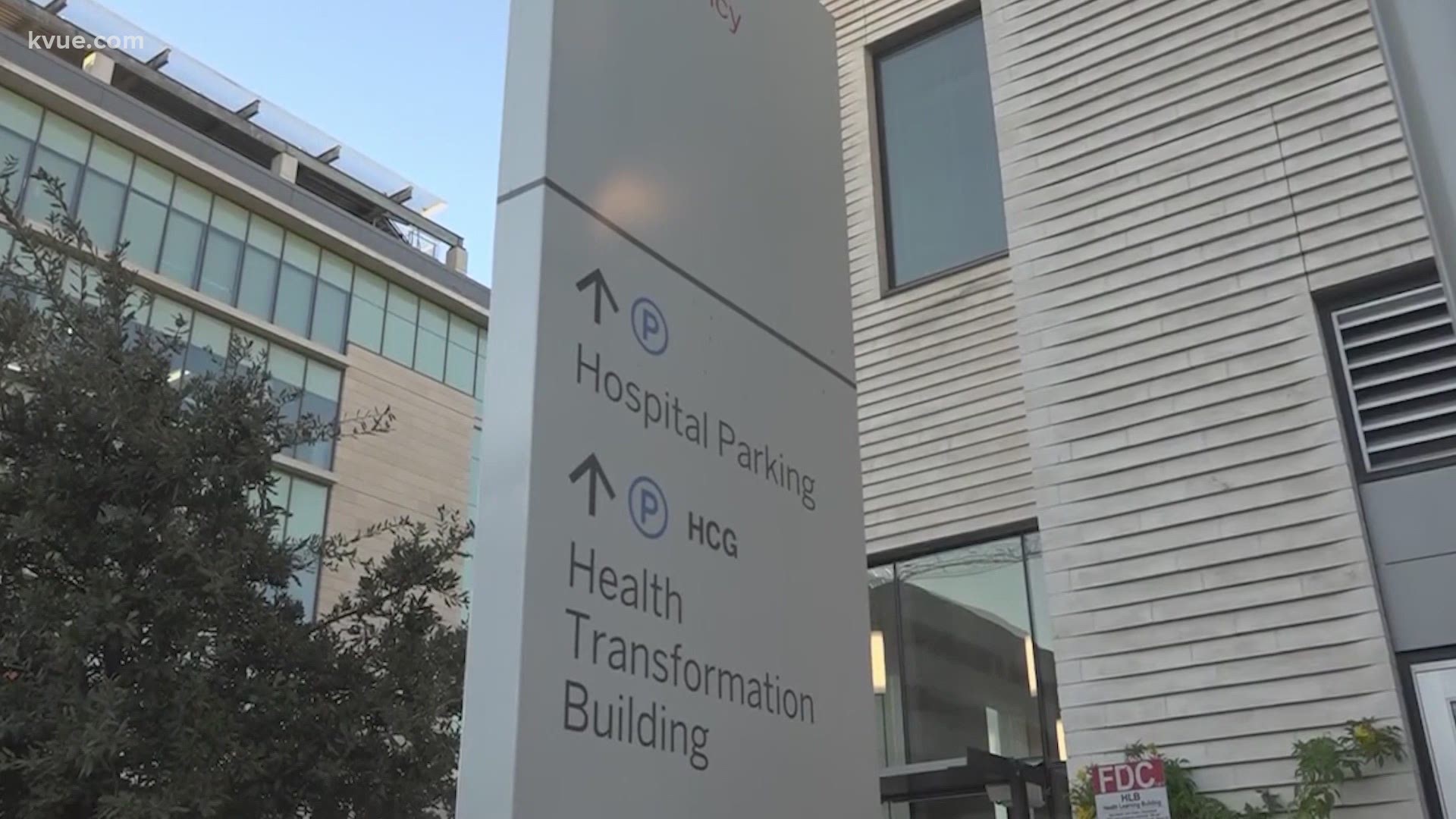 AUSTIN, Texas — Public health officials announced on Thursday that the first case in Texas of a more contagious variant of coronavirus, B.1.1.7, was confirmed. The case, they said, was confirmed in Harris County, according to Harris County Public Health.

This makes it the first known case of the variant in Texas, after it spread around the United Kingdom, sparking national lockdowns and travel restrictions. The variant has also been confirmed in cases in several other states in the U.S.

"We should all assume that this is not actually the first case of someone with this variant in Harris County. It's the first of someone that we know of," said Harris County Judge Lina Hidalgo at a press conference on Thursday.

According to health officials, the confirmed case is an adult man with no history of travel.

"Genetic variations are the norm among viruses, and it’s not surprising that it arrived here given how rapidly it spreads," Texas Department of State Health Services Commissioner Dr. John Hellerstedt said in a release on Thursday.

While experts, for now, say there isn't enough evidence to suggest the variant causes more severe illness, they do say it's more effective at spreading. Now, researchers are working around the clock to understand the variant better.

Health experts say variants of viruses are common and little is still known about this most recent variant of COVID-19. To get a variant of a virus or any other type of genetic variant, there must be a mutation that occurs.

What makes B.1.1.7 concerning is that some of the mutations are on the spike protein, which the coronavirus uses to attach to and infect cells. The spike protein is what Pfizer and Moderna's vaccines target.

Dr. James Musser, the chair of Pathology and Genomic Medicine at Houston Methodist, said he wasn't surprised to see the variant appear in Texas.

"I am not surprised at all. You know, this is a large international city. Despite the relatively decreased amount of travel that's going on now, there's still a lot of travel going on, both international and state to state," Dr. Musser said. "I think it was just a matter of time. Just like originally we knew that SARS-CoV-2 was going to get to Houston. That was just a matter of time."

Dr. Musser agrees that one of the big takeaways when it comes to B.1.1.7 is that it's stronger at spreading, but there's not enough evidence to say it actually makes you sicker.

"Based largely on the United Kingdom's experience, and they have the most experience with this variant, it's clear from their experience that this does not cause a more severe type of COVID disease. It's just like any other, but what's clear as well is that it does disseminate, it does spread person to person in a more effective way," he said.

Ilya Finkelstein, an assistant professor for molecular biosciences at the University of Texas at Austin, said researchers are now working around the clock to better understand what B.1.1.7 is doing, how it's working and why it's more infectious.

"Increased infections will, of course, lead to more people in the hospitals, further strain our already strained hospital systems and primary care providers or first responders," Finkelstein said. "And that's going to lead to more deaths, unfortunately, not because the virus is more deadly, but because more cases will always lead to more deaths, especially as we strain under the burden of coronavirus cases already."

Will the vaccines still work?

Finkelstein said he remains optimistic the first generation vaccines from Pfizer and Moderna will prove effective, once there are sufficient vaccinations to provide herd immunity.

"The Pfizer and Moderna vaccine both stimulate our immune systems to produce a lot of antibodies that can neutralize the virus if it infects us. These antibodies target different parts of the virus, specifically the spike protein that's on the surface of the virus," Finkelstein said. "A few mutations in the virus are unlikely to cause the virus to completely evade our immune system. Studies are ongoing right now to understand what the impacts are."

In a December interview with KVUE, Finkelstein described our immune response this way:

"Think of our immune response as a shotgun. We shoot a lot of pellets at the virus and by changing a few positions and the spike protein, the virus may evade a few of these bullets, but it won't evade all of them. So, I think we're still in pretty good shape when it comes to our first-generation vaccines."

Meanwhile, Dr. Musser with Houston Methodist said there could be more information in the coming weeks to figure out whether the variant can escape either acquired immunity from vaccine introduction, or by natural exposure to COVID-19.

"And there are many laboratories in the United Kingdom and elsewhere that are working on that. We are not here. But that's going to be a crucial aspect to understand in more detail," Dr. Musser said.

Overall, Dr. Musser believes the safety measures put in place in Texas cities and across the country should continue on as the variant potentially spreads.

Finkelstein said much of the same.

"My message to viewers is to take the safety precautions we've all been practicing and, if possible, increase them just a little bit," he said.

Additionally, Finkelstein adds there should be more genome sequencing of COVID-19 cases, to better understand how the virus evolves.

"We simply don't have a coordinated national response to look at viral changes. The virus will continue to mutate at some point, maybe a year from now. We may need to change our vaccines to second-generation vaccines because of the way the virus is adapting to us and our partially vaccinated population. We need to have a national and state surveillance program where we can rapidly respond to how the virus is changing," Finkelstein said.

At Houston Methodist under Dr. Musser, the sequence genomes and say they'll continue to do so aggressively.

"We really need to understand the extent of the spread, if it has spread, and we need to know the percent of cases that this is causing. So we're looking at all of those in our Houston Methodist patients," Dr. Musser said.

Local lawmakers from 7 states joined, observed riot at US Capitol