As governor orders phase 3 of reopening Texas, coronavirus cases still on the rise

Texas approaches another phase in the governor's plan to reopen the state as case numbers are still rising. 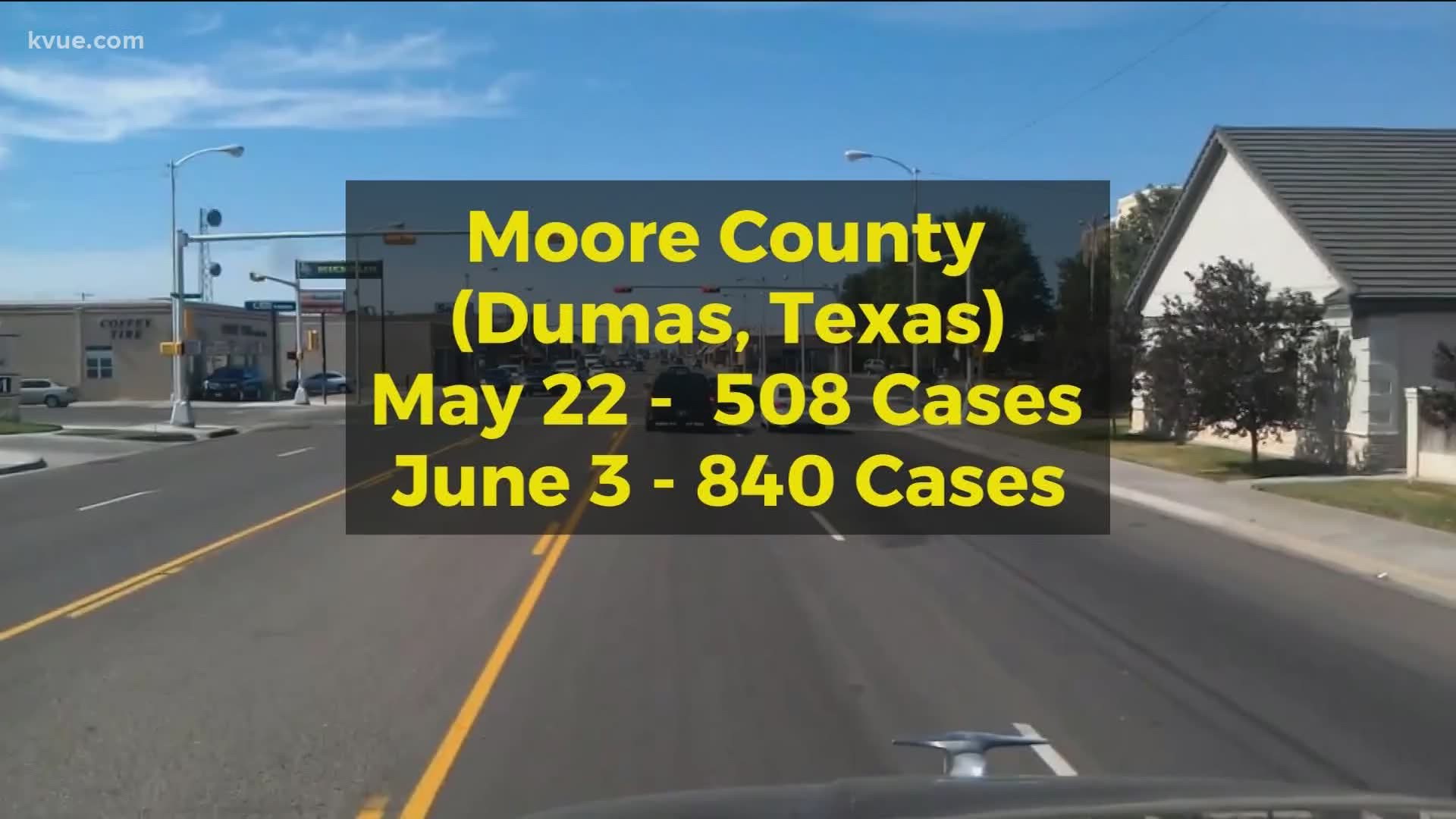 AUSTIN, Texas — Phase 3 of the plan to reopen Texas comes as the number of new cases of COVID-19 continues to rise. In the seven-day period from May 28 to June 3, there have been 10,350 additional cases of the virus in the state, with new cases rising an average of nearly 1,500 a day, while 172 new deaths have been reported in that same time period.

Texas Gov. Greg Abbott said on Wednesday most new cases were from prisoners, nursing home residents and workers in meatpacking plants, and some recent numbers.

Based on data from The Texas Department of Corrections, 10% of all offenders in the state prison system have contracted the virus, nearly 6,400 in all. Five percent of prison staff have tested positive for the virus.

Across the state, 491 nursing home residents have tested positive, while 112 have died since the outbreak began.

While there’s no public data about cases in meatpacking plants, Moore County in the Panhandle – where an estimated 25% of all ground beef eaten in the U.S. comes from – tells a part of the story.

RELATED: Inside the small Texas county with the most coronavirus cases per capita in the state

When KVUE reported on the abnormally high number of infections back on May 22, there were 508 cases. As of Wednesday, there are 840 cases, a 65% increase since our first report. Moore County, where the largest town is Dumas, has continued to have the most number of cases per capita in Texas.

'His name is Justin Howell. And he is my little brother.' | 20-year-old struck by less lethal round in critical condition