Lt. Gov. Dan Patrick will instead chair the Texas delegation to the pared-down convention later this month in North Carolina. 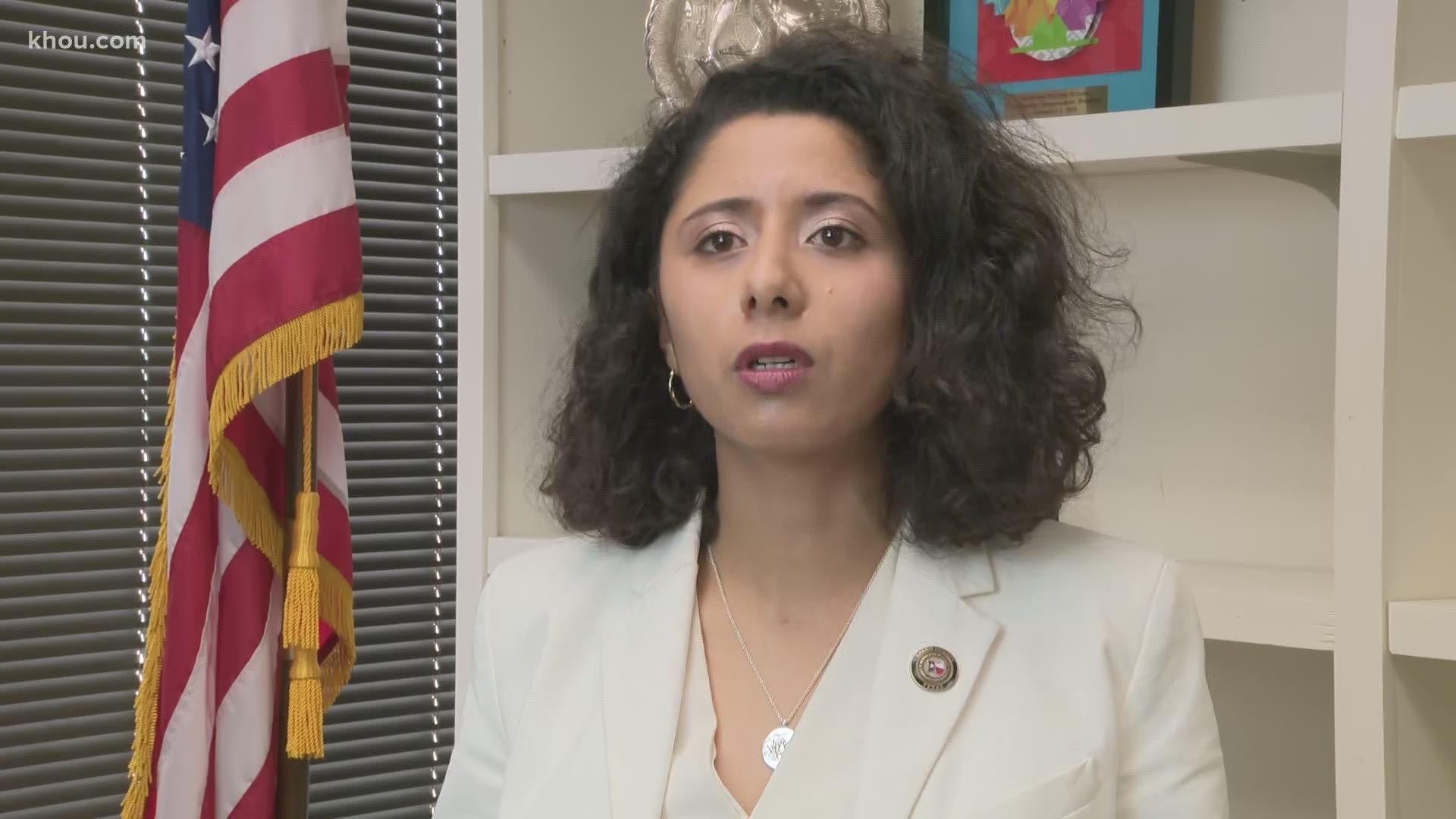 AUSTIN, Texas — EDITOR'S NOTE: The video above is from a report on Harris County Judge Lina Hidalgo responding to Gov. Greg Abbott on reopening schools.

Gov. Greg Abbott will skip the Republican National Convention later this month in North Carolina as he continues to respond to the coronavirus pandemic in Texas, and Lt. Gov. Dan Patrick will instead chair the state's delegation to the scaled-down gathering.

Abbott announced the plan in a letter dated Friday to the national GOP chairwoman, Ronna McDaniel.

"It was an honor being selected to serve as Chair of the Texas Delegation for the 2020 Republican National Convention," Abbott wrote. "However, as we deal with the COVID-19 pandemic, my top priority remains focused on protecting the health and safety of Texans."

Later this month, Charlotte will host the national convention, which has been pared down to delegates' official business due to the pandemic. President Donald Trump initially sought to hold a portion of the convention — his renomination acceptance speech — in Jacksonville, Florida, but abandoned that plan late last month amid a rise in coronavirus cases there.

The Republican National Committee decided earlier this summer to limit state's in-person delegations to Charlotte to six members — an especially significant reduction for Texas, which normally sends over 150 delegates to the national convention.

Patrick, who chairs Trump's reelection campaign in Texas, was already the vice chair of the delegation to Charlotte. The five other delegates who will join him now are Allen West, the new state party chairman; Toni Anne Dashiell and Robin Armstrong, Texas' two RNC members; Deon Starnes, a member of the State Republican Executive Committee; and Adolpho Telles, the chairman of the El Paso County GOP.

Abbott also missed the Republican National Convention in 2016. At the time, he was recovering from severe burns he suffered during a family vacation earlier that summer.

Abbott's letter to McDaniel was first reported by The Dallas Morning News.

The state Republican Party last month held its convention, which went virtual despite a legal battle to hold it in-person in Houston as that city experienced a dramatic surge in coronavirus infections. The convention ended up being plagued by technical issues and long delays, so much so that delegates voted to finish their business at a later date. A special party committee has since recommended that the SREC take up the unfinished business at its Sept. 19 meeting.