School districts won't lose state funding if they stick with virtual classes this fall because a local health authority has mandated that classrooms remain closed. 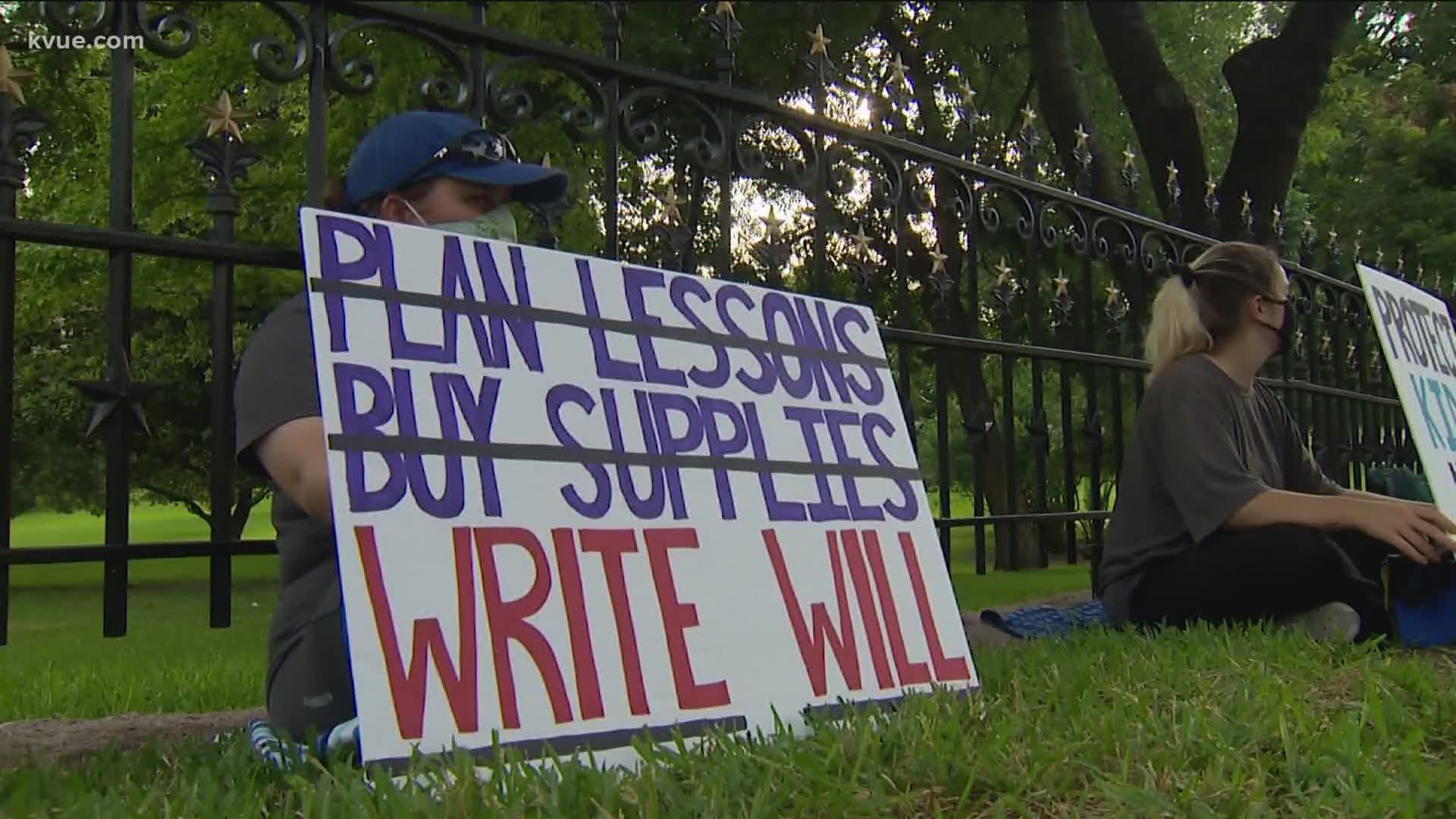 Last week, the state's education agency released an order requiring schools to open their buildings to in-person instruction five days a week for all students who want it. The order gives districts a transition period of just three weeks at the start of the year to hold classes virtually and get their safety plans in place before allowing students back on campuses. After the three-week transition, districts that stay entirely virtual would risk losing funding.

But TEA officials confirmed Wednesday they would continue to fund school districts if local health officials order them to stay closed, as long as they offer remote instruction for all students.

Gov. Greg Abbott told a Houston television station this week that the state would ease up on stringent reopening requirements, as coronavirus cases and hospitalizations skyrocket across Texas, and would give school districts more flexibility to stay virtual for longer than three weeks. Public health officials warn that reopening school buildings in areas with a lot of community spread will exacerbate the virus’ impact on those communities.

Even before Abbott's statement, some local public health officials had moved to mandate that schools remain closed at least through Labor Day, saying it would be unsafe to reopen school buildings while the pandemic was raging. El Paso and Laredo health officials were among the first to issue those mandates last week. And Tuesday, Travis County health officials ordered all public and private schools to delay on-campus instruction at least until Sept. 7.

It was unclear last week whether Abbott or the TEA would let those orders stand.

The wavering guidance has confused and frustrated teachers and parents wanting to know what the upcoming fall will mean for themselves and their families. A University of Texas and Texas Politics Project poll showed recently that 65% of Texans said it was unsafe for children to go back to school. And teachers unions are encouraging their members to look for legal avenues to stay home, including resigning or retiring early, instead of being forced back into classrooms while cases are rising.

A TEA spokesperson told the Tribune that school superintendents and school boards cannot make the decision to stay entirely virtual for longer than three weeks without a mandate from public health officials.

Some school districts, including San Antonio Independent School District, are moving their start dates to later in August and then starting their school years entirely virtually for three weeks.

The TEA is expected to roll out revised guidance on reopening schools in the upcoming days.

Amazon fulfillment center, 1,000 new jobs on the way to Pflugerville