Andrea Frost was diagnosed with COVID-19 on April 7. She tested negative on April 27 but said the symptoms have persisted. 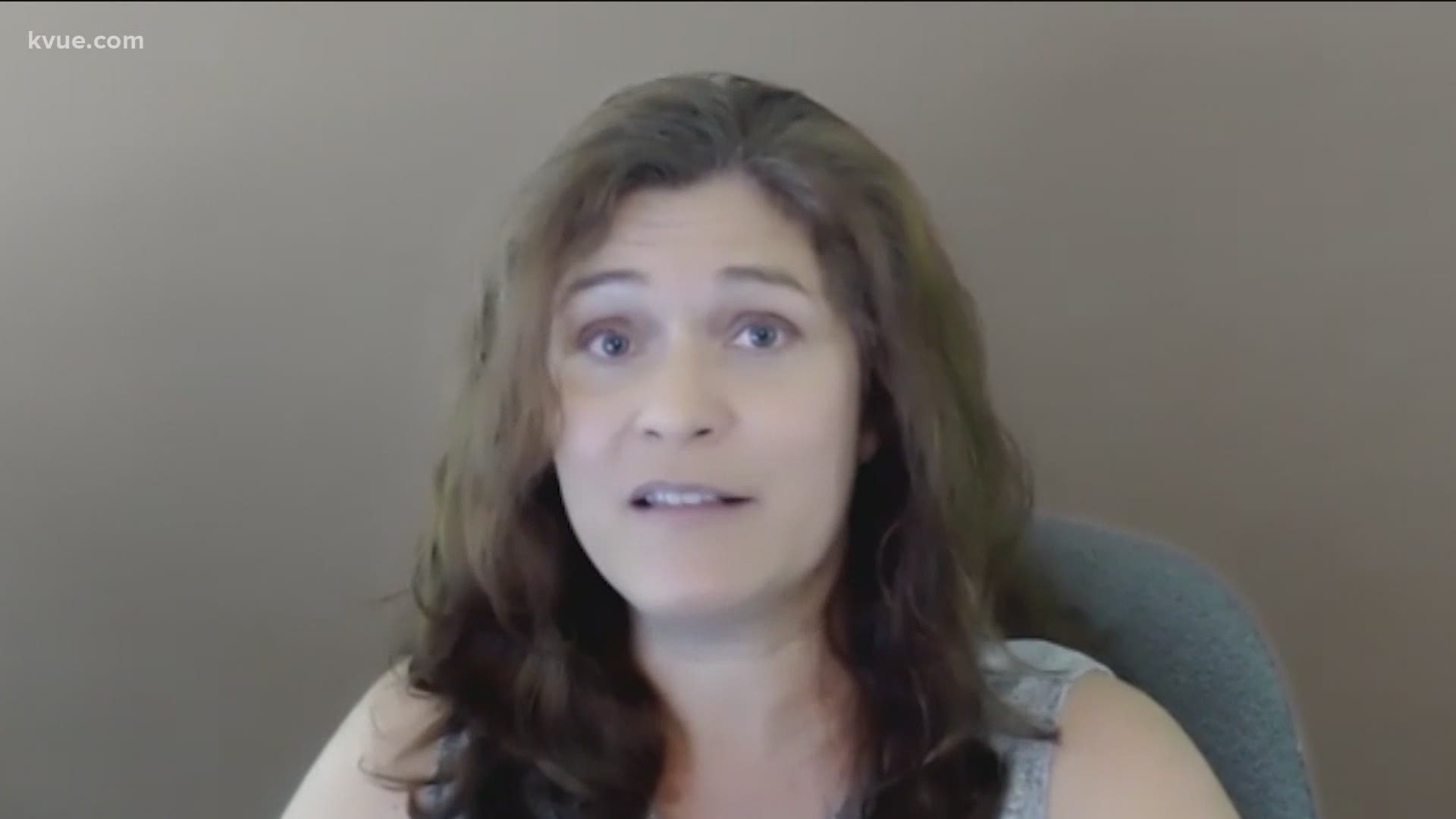 TAYLOR, Texas — Andrea Frost considers herself to be young, healthy and active.

But the 52-year-old Taylor woman, a mother of three and competitive tennis player, hasn’t been healthy for the past 10 weeks.

“The day that I got sick, April 4, I woke up and the minute I stepped out of bed, I knew something was wrong,” Frost said.

On April 7, she went to the emergency room, where she tested positive for the coronavirus. By April 27, when she was tested again, the results were negative.

But she said the symptoms haven’t let up.

“I have not stopped running a fever since April 4,” Frost said. “Some days it's harder to breathe than others; some days my chest gets super tight.”

The City of Austin Emergency Management Department told KVUE, according to the World Health Organization, recovery time is about two weeks but for more critical cases of the disease, recovery can take up to six weeks.

The past two months haven’t been easy for Frost, who celebrated Mother’s Day on Zoom and through the window.

“It's difficult and it's a completely different life for us,” Frost said.

As she continues trying to recover at home – only leaving for groceries – she wanted to share her story as cases are rising and the virus is still spreading.

“Keep taking precautions,” Frost said. “I think one of the reasons why the numbers are going up is people are relaxing. They're tired of it. It's dropped off the news a little bit. But the fact is, I hear people complain, ‘Wearing a mask is so uncomfortable; it's hard to breathe.’ And I got to tell you, if you think it's hard to breathe through a mask, try breathing through COVID lungs.”

That’s a message that city leaders are also pushing.

“My hope is that this community can show the discipline to actually wear the face coverings, maintain that 6-foot distancing because we know that that kind of thing works and people need to do it,” Austin Mayor Steve Adler said in an interview with KVUE’s Bryan Mays on Friday morning.

Frost said she hasn’t received any information from doctors about how long it could take to fully recover, but she will keep hoping for that day to come.

“We live right now hoping that today will be a better day and, if not, tomorrow will be the better day,” Frost said.